Buyers were on the prowl early Thursday, with stock futures rising ahead of a big day of economic news. Earnings season continued gathering steam, with TSMC, Citigroup and Delta Air Lines among those reporting. Coinbase Global traded sharply higher ahead of its second day of trade.  And UnitedHealth jumped highest among Dow Jones stocks following its Q1 report.

Chips were in motion and IBD Leaderboard stock Nvidia (NVDA) topped the Nasdaq 100, up 1.8% after an upgrade to strong buy from Raymond James. The premarket move suggests Nvidia stock will retake a 615 cup base buy point at the starting bell.

On the earnings front, Taiwan Semiconductor (TSM) rose 0.6% and Bank Of America (BAC) gained 1.4% after reporting quarterly results. Delta Air Lines (DAL) and Citigroup (C) each rose more than 1% ahead of their reports.

Dell Technologies (DELL) jetted 7.9% higher after announcing it would spin off its 82% stake in virtualization software innovator VMware (VMW). The spin-off is expected to occur in the fourth quarter. VMware shares rose 2.4%.

UnitedHealth substantially raised prior guidance for full-year 2021 earnings, and said medical costs as a percentage of premiums remained in check, with its medical care ratio dipping to 80.9% from 81% a year ago.

Goldman Sachs (GS) rose 1% early Thursday, and remains in a buy zone on a rebound from support at its 10-week moving average. Goldman shares ended with a 2.3% advance Wednesday, following the bank’s first-quarter earnings report. Goldman was IBD’s Stock of the Day on Wednesday.

Miners were once again in motion as commodities prices rose. Freeport-McMoRan (FCX) traded 1.4% higher, lifting the copper and ore miner to just below a double-base buy point at 37.71. Gold miner Sibanye Stillwater (SBSW) traded high on the IBD 50 list, up 1.9%, and leaning toward a 20.50 buy point in what IBD MarketSmith analysis charts as an eight-week consolidation.

Steelmaker/ore miner Cleveland Cliffs (CLF) gained 1.5% in early action. The IBD 50 stock ended Wednesday about 2% below an 18.81 proper buy point, and in a buy range above an alternative, early entry at 18.06.

A big day for economic data begins with weekly jobless claims from the Labor Department, and two key regional manufacturing surveys, from the Philadelphia and New York Federal Reserve banks, as well as March retail sales number from the Commerce Department, all due out at 8:30 a.m. ET.

The Federal Reserve is scheduled to release March industrial production estimates at 9:15 a.m. ET.  At 10 a.m. ET, business inventories roll out from the Commerce Department, along with the National Association of Home Builders’ confidence survey for April.

Bitcoin Pulls Back After Coinbase IPO

Bitcoin dropped back after touching a new high above $64,800 on Wednesday. The cryptocurrency was down about 3% and holding above $62,000 early Thursday, according to CoinDesk. It remains up more than 114% since Dec. 31.

Shares of cryptocurrency exchange Coinbase Global (COIN) closed up 31% in their initial day of trading on Wednesday. The Coinbase IPO rocketed as much as 66% higher intraday. Shares priced at 250 and ended the session at 323.28, giving the company a market valuation of $87.3 billion. Coinbase stock was up almost 9% in premarket trade on Thursday.

CAN SLIM rules advise against jumping into IPOs too early, amid all the initial offering speculation and excitement. It is better to sit and watch the new stock’s chart. Waiting for it to form and breakout from an IPO base helps limit downside risk.

Oil price futures eased after Wednesday’s hefty surge, with West Texas Intermediate down 0.4% but holding above $62 a barrel early Thursday. Wednesday’s surge punched prices to their highest level since mid-March, but still below an early-March high at $65.05. Oil prices are an important confidence indicator for the recovering economy.

Bond yields have generally held firm, down slightly at 1.61%, after taking a sharp dive on Tuesday. CBOE data showed the 10-year yield closing at 1.63% on Tuesday, after its largest single-day drop since February. Yields skirted pre-pandemic levels early this month, climbing above 1.76% — the highest level since January 2020.

Meanwhile, the Nasdaq is working on its sixth-straight monthly advance. Gains in February and March were, however, incremental — sticking close to 1%. April appears to be breaking that gridlock, with the index so far up 4.6% for the month, even after Wednesday’s decline. The Nasdaq is up 6.8% since December 31.

The Invesco QQQ Trust ETF (QQQ) topped a 338.29 buy point on Tuesday, then pulled back below the entry on Wednesday. The leveraged ProShares UltraPro QQQ (TQQQ) is a bit more than 4% below a similar entry at 111.61.

Stock Of The Day Triggers Buy Signal After Perfect Storm 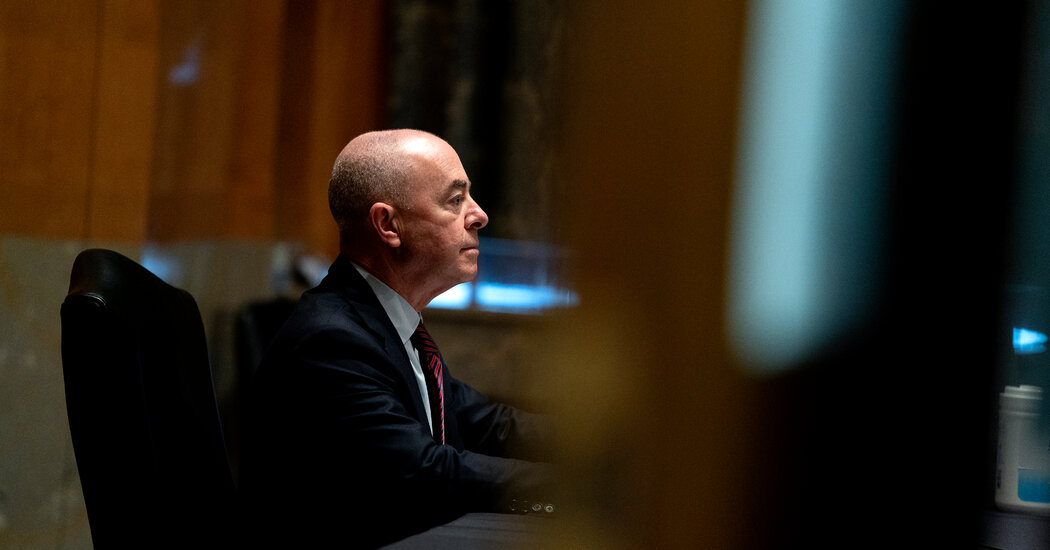 New data on migrants caught trying to get into the U.S. gets mixed reactions on the Hill.
58 seconds ago

New data on migrants caught trying to get into the U.S. gets mixed reactions on the Hill. Accidental Release From a Lab or Zoonotic Spillover? Scientists Call for Investigation Into the Origins of COVID-19
6 mins ago