WASHINGTON (AP) — It’s one of House Speaker Nancy Pelosi’s favorite sayings, a guidepost for Democrats in trying times: “Our…

WASHINGTON (AP) — It’s one of House Speaker Nancy Pelosi’s favorite sayings, a guidepost for Democrats in trying times: “Our diversity is our strength. Our unity is our power.”

And only by staying unified does their no-votes-to-spare majority have any hope of pushing his rebuilding agenda into law.

Biden will set traveling to Michigan on Tuesday to speak directly to the American people on his vision: It’s time to tax big business and the wealthy and invest that money into child care, health care, education and tackling climate change — what he sees as some of the nation’s most pressing priorities.

Together, Biden, Pelosi and other Democrats are entering a highly uncertain time, the messy throes of legislating, in what will now be a longer-haul pursuit that could stretch for weeks, if not months, of negotiations.

“Let me just tell you about negotiating: At the end, that’s when you really have to weigh in,” Pelosi said recently. “You cannot tire. You cannot concede.”

“This,” she added on a day when negotiations would stretch to midnight, “this is the fun part.”

The product — or the colossal failure to reach a deal — will define not only the first year of Biden’s presidency, but the legacy of Pelosi and a generation of lawmakers in Congress, with ramifications for next year’s midterm elections. At stake is not only the scaled-back $3.5 trillion plan, but also the slimmer $1 trillion public works bill that is now stalled, intractably linked to the bigger bill.

As Democrats in Congress regroup, having blown Pelosi’s self-imposed Friday deadline for passing legislation in the House amid bitter finger-pointing, they now face a new one, Oct. 31, to make gains on Biden’s big plans. The $3.5 trillion package is being chiseled back to around $2 trillion and final approval of the Senate-passed $1 trillion public works bill is on hold, for now.

Attention remains squarely focused on two key holdouts, Sen. Joe Manchin and Sen. Kyrsten Sinema, who along with a small band of conservative House Democrats are the linchpins to any deal.

Biden is expected to be in touch as the senators return Monday to Washington. Pelosi has been in conversations with both West Virginia’s Manchin and Arizona’s Sinema.

“The president wants both bills and he expects to get both bills,” Biden adviser Cedric Richmond said on “Fox News Sunday.” “We’re going to continue to work on both.”

The inability to win over Manchin and Sinema to support Biden’s broader vision contributed to the collapse last week of a promised House vote on their preferred $1 trillion public works bill, which they had negotiated with Biden.

Tempers flared and accusations flew over who was to blame. Progressives lashed out at the two senators for holding up Biden’s big agenda; the centrists blamed Pelosi for reneging on the promised vote; and progressives were both celebrated and scolded for playing hardball, withholding their votes on the public works bill to force a broader agreement.

Ultimately Biden arrived on Capitol Hill late Friday afternoon to deliver a tough-love message to all of them — telling centrists they would not get their vote on the bipartisan deal he helped broker until the progressives had a commitment on the broader package and warning progressives the big bill’s price tag would likely come down to around $2 trillion.

In many ways, the weeks ahead are reminiscent of the last big legislative undertaking by Democrats pushing the Affordable Care Act toward the finish line during the Obama administration.

No one doubts Pelosi — and Biden — can do it again. But the fight ahead is certain to be politically painful.

With no support from Republicans who deride Biden’s vision as socialist-style big government, Democrats must decide among themselves what size package can win over support in the 50-50 Senate and narrowly held House.

Paid for by raising taxes on corporations and the wealthy, those individuals earning more than $400,000 a year, or $450,000 for couples, the measure, Biden insists, will carry an overall price tag of “zero.”

Still, private discussions about trimming back various programs have now delved deeper into conversations over wholesale cuts that may need to be made. It’s all on the table.

For example, will the push from Sen. Bernie Sanders, I-Vt., to expand Medicare to include dental, vision and other health care benefits survive? Or will those benefits have to be scrapped or reduced?

What about the new child care subsidies or COVID-19-related tax credits for families with children — will those be able to run for several years or have to be scaled back to just a few?

Will free community college be available to all, or only those of lower incomes, as Manchin proposes?

Can Biden’s effort to tackle climate change be extended beyond the money already approved for electric vehicles and weather-resilient buildings in the public works bill?

“What we have said from the beginning is, it’s never been about the price tag. It’s about what we want to deliver,” said Rep. Pramila Jayapal, D-Wash., a leader of the Congressional Progressive Caucus, in a Sunday interview on CNN.

“The president said this to us, too. He said don’t start with the number. Start with what you’re for,” she said.

Pelosi has been working the phones to win over Manchin and Sinema, who in many ways are outliers among Democrats in the House and Senate who lean more progressive.

The two senators’ prominence has morphed beyond the beltway into popular culture — Sinema was lampooned on “Saturday Night Live” over the weekend, while a flotilla of kayak-activists recently swarmed Manchin’s D.C. houseboat.

Pelosi and Sinema had a prickly relationship when the Arizonan first joined Congress, but they now share a common interest in tackling climate change.

Manchin and Pelosi have a warmer alliance, and she showered the senator with praise as someone with whom she shared values as Italian Americans and Roman Catholics. “We’re friends,” she said.

But Pelosi has made it clear she is prepared to fight to the finish for a bill she called the “culmination of my service in Congress.”

At a private caucus meeting last week, when one lawmaker suggested she had gone back on her word to have the infrastructure vote, she said that was before some among them were joining with the senators to reject Biden’s broader plan, according to a person who requested anonymity to recount her private remarks.

“Let’s try to at least stick together,” Pelosi implored the Democrats.

Minister for Equalities calls for everyone to get COVID-19 jabs Covid could ruin Christmas festivities ‘for the next five years’, warn experts
3 mins ago

Covid could ruin Christmas festivities ‘for the next five years’, warn experts 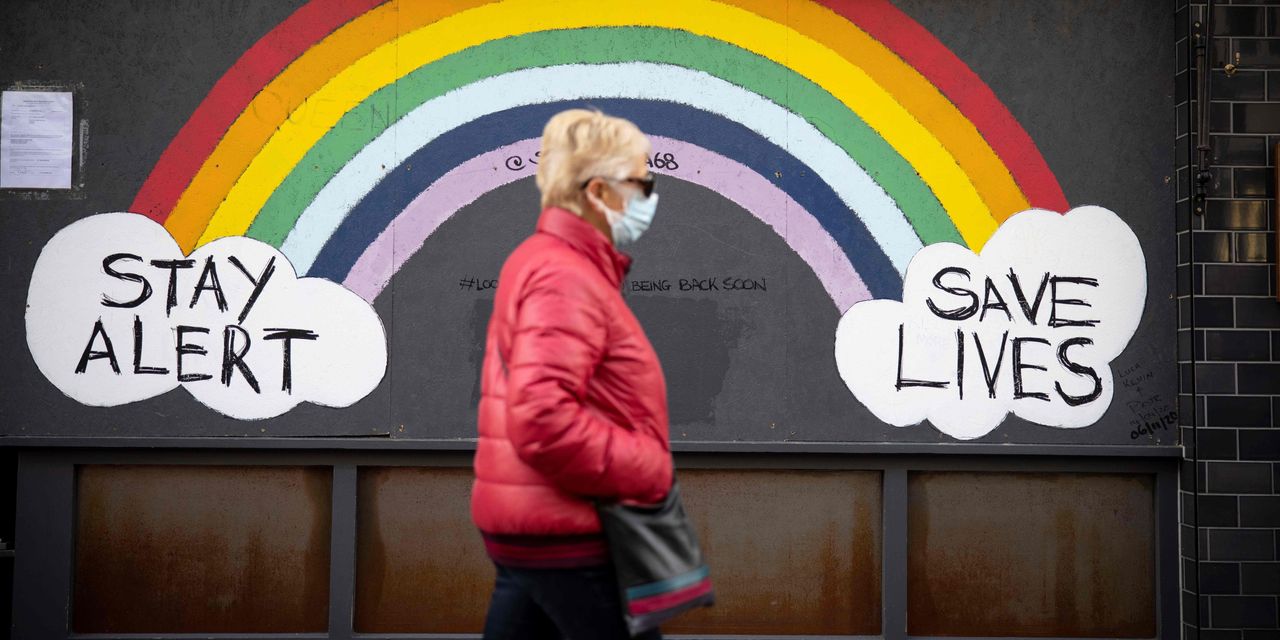 WHO has not seen any reports of deaths caused by omicron variant, urges people not to panic as delta still dominant
6 mins ago