Eminem is known for serving Grammy-winning rhymes, but the rap icon has a new item on his menu of talents — spaghetti!

Will the real Slim Shady please pass the pasta? Eminem took a break from producing award-winning hits to personally serve his fans home-cooked meals at his new Detroit-based restaurant, “Mom’s Spaghetti.” The name of the restaurant comes from his Academy Award-winning song “Lose Yourself”, which is from the rapper’s 2002 critically-acclaimed film 8 Mile.

Mom’s Spaghetti, located at 2131 Woodward Avenue, opened at 5:00 P.M. on Wednesday, September 29 in the Motor City. Eager fans were already waiting to try the simple, but aptly named, menu items. Items like ‘Mom’s Spaghetti,’ a spaghetti sandwich, meatballs and drinks are all available on the menu, ranging in price from nine to $14. “Rabbit Balls” are also a menu item, which is the only vegan option listed. If you recall, Eminem’s character in 8 Mile was B-Rabbit and the opening lyrics of “Lose Yourself” are, “”His palms are sweaty, knees weak, arms are heavy / There’s vomit on his sweater already, mom’s spaghetti.”

Eminem, whose real name is Marshall Mathers, opened the restaurant in collaboration with local restaurant group Union Joints. Before it turned into a brick-and-mortar restaurant, Mom’s Spaghetti was a pop-up concept that first appeared on the scene in Detroit in 2017 and later at Coachella in 2018. The restaurant also has a merchandise store attached to it called “The Trailer,” which is billed as a “store for Stans” – a reference to the rapper’s 2000 hit “Stan.”

Aside from his new restaurant venture, the 48-year old father is still working on his music. The hip-hop giant announced on Tuesday, September 28 that he’s featured on a new song called “Last One Standing” by singer-songwriter Skylar Grey, which appears on the soundtrack of the new Venom: Let There Be Carnage movie starring Tom Hardy. The song was released on Thursday, September 30, just one day before the film hits theaters on Friday, October 1. 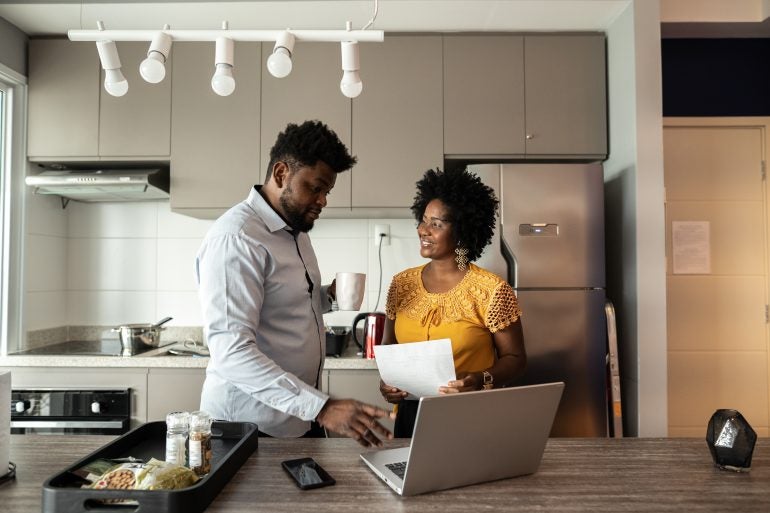 Here’s Our Very Honest Opinion on the Impossible Chicken Nuggets