The MVP of ‘You’ season 3 is none other than Sherry. Shalita Grant spoke EXCLUSIVELY with HL about Sherry’s epic save in the cage, if Sherry really believes Joe is dead, and more.

At the beginning of You season 3, you definitely thought there was no way Sherry and Cary were going to make it out alive. However, they proved us all wrong. After being locked in the cage by Joe and Love, Sherry and Cary’s love prevailed. They escaped that hellhole stronger than ever.

HollywoodLife spoke EXCLUSIVELY with Shalita Grant all about Sherry and Cary’s cage horror. She admitted at the end of the day Sherry was far more scared of Love than Joe. Shalita also opened up about how claustrophobic filming in an actual box was and why the nightmare made Sherry and Cary “impenetrable” as a couple. Read our Q&A below:

First and foremost, how shocked were you that Sherry and Cary made it out alive and survived Love and Joe?
Shalita Grant: I was a fan of the show before I was on it. I was actually really looking forward to dying. I was like, how are they going to kill me? But when I talked to the showrunner, Sera Gamble, when we first started she was like, “You are going to be the first caged couple.” I’m like, “Oh my god, this is amazing. What are they going to do? Slit my throat? How am I dying?” She goes, “No darling. You’re not going to die. You’re going to live.” So because of that, it made me pay attention differently. The dying of it all was super fun, but I asked the question: why do they survive? And you saw it. When they get down to the bottom, to the nitty-gritty, no indoor plumbing, very little food at the end of the day, there’s so much love there. I think what they’re trying to say is love can help you survive anything, including a cage. I really invested throughout the episodes in playing the game of I know people are going to think one way because they’re looking on the surface, but really investing in the authenticity of the love between Sherry and Cary.

Who do you think Sherry was more scared of, Love or Joe?
Shalita Grant: Wow, that’s a really good question. I think it was Love. I think the character flaw of Sherry when it comes to Joe and Love is that Sherry is the queen, right? Sherry runs the town, and Sherry is so headstrong that she thinks she knows everything. She’s doling out unsolicited advice, and that’s what she does online, so why not do the same in person. She’d been through it all, so she knows a lot, but I think that she really had Love pegged wrong. When she ends up in the cage, it becomes a game of how much of that relationship was real and how much of that can I use to help get me and my husband out of this cage? But I do think that it was Love because there was a relationship there, and there was this expectation and this belief that she knew exactly who she was, but she learned. She learned quick.

Love gives Sherry and Cary a gun and says they can stay together and die together. Do you think if there had been no key, do you think they would have died together?
Shalita Grant: I think they would have. I mean, there was really no way out. The producers did a really good job of demonstrating just how foolproof, how airtight that cage was. When Sherry gets shot in the ear, yes, the natural thing is you put a gun in the cage, just shoot the lock. That’s what we all do, you know what I mean? Well, the reality of shooting a lock is a ricochet, right? There was really no way out. The only way out would have been the key.

Did you actually film in a box?
Shalita Grant: Yes, we actually filled in a box, Avery. It’s terrible. While I was excited to be the first caged couple, the reality of Shalita Grant is I really like my space. I really like being alone. If I’m going to be in a tight space, I would rather do it solo even in make-believe. When we were rehearsing some of the cage stuff before going in that was one of the things that I had to force myself to get over. It’s not just going to be me and Travis [Van Winkle] in here. It’s going to be me, Travis, a sound guy, a camera dude. This is tight quarters. It’s intense and it really helps to fuel that anxiety of the acting because it is kind of real world. It’s the closest real world you’ll get to actually being held hostage in a cage.

There was a moment when Theo came down into the basement and saw Sherry and Cary in the cage. Do you think Sherry knows what happened to him?
Shalita Grant: I mean, she says to Cary, “He’s not coming back.” Think about it, the last time we saw them together she was talking sh*t on his stepmom in the woods during an organized search that she organized and lied to everybody and said that they were best friends. So I think that Sherry just didn’t have faith that he would let them out, that he would honor that. I don’t know what she thought happened, but I just don’t think that she thought that she would be saved by him of all people.

The end of season 3 showed Joe killing Love and faking his death. Do you think there’s any of this situation that Sherry thinks is suspicious?
Shalita Grant: That’s a really good question. No, I think that Sherry buys it. I think if any character had any doubt and would have done something about it, it would have been Sherry. I think that in her book Caged there would have been a couple of chapters dedicated to where is Joe now. I think that if any character would be on to him if there was any suspicion, it would have been Sherry. I really do think that — going back to your earlier question of who is she more afraid of — she really did see Love. Even in the manipulation, she was like, okay, I know exactly how to get through to her, but then when Love says she’s a monster, it’s like another level of I don’t know this woman. The idea of her cutting off Joe’s toes and baking pies with people’s bodies in it, I think Sherry believes that hook, line, and sinker, and that it’s over.

Sherry and Cary become more united than ever after their cage nightmare. Do you think they stay together forever?
Shalita Grant: Absolutely. I think that’s what we learned in the cage is that they really are the real deal. Sherry and Cary are different sides of the same coin the same way that Love and Joe are different sides of the same coin. But the thing with Sherry and Cary is that there’s just real love there. These are two people who are dedicated to improving their lives and living their best lives and inspiring people. What we learn about Madre Linda as a community in episode 10 is that this community will metabolize anything and continue moving. Kiki and her husband have a whole app, and they had a baby named Toxy. Andrew and Jackson take over the bakery. This is a community that believes in thriving. For Sherry and Cary, getting through that cage together, I believe that it made them impenetrable as a couple.

What do you think they did with that cage after that?
Shalita Grant: Oh, I’m sure that they’ve memorialized that in some way, maybe taken some kind of token or some weird souvenir. I don’t know.

In addition to acting, you have your own hair care line. Tell me a little bit about that and what inspired that?
Shalita Grant: For fans of NCIS: New Orleans, one of the things that those fans knew was that Sonja Percy’s ponytail was different every episode. Sometimes it was in the same episode it was completely different. What they didn’t know was that I was suffering on that set. The first full season that I was on, I had a bald spot in the center of my head. I asked for changes in how they were doing my hair and asked to go into wigs. I paid for that in a really big way because I started balding in the front of my hair. There was just so much damage that I experienced and a lot of it was due to willful ignorance and a lack of knowledge, but also this commitment to my character on that show having straight hair in New Orleans humidity, which is just impossible without really damaging the actress. I realized that I had to leave that show in order to protect myself and protect my reputation as well because the narrative began to be that I was difficult to work with. I was being undermined. It was just better for me to go. When I left in 2018, I did about three months of trauma therapy. When I came out of that I was like, I still need to heal. I still need to heal my hair. I don’t want to look in the mirror and see damage. I want to look in the mirror and see healthy hair. So how can I solve my own problems? I was raised in the hair salon, so I know what cosmetologists know about textured hair, which is nothing, because the cosmetology board teaches hair is hair and then proceeds to pull out mannequins with straight hair. So I said, all right, let me put on my cosmetic chemistry hat and cosmetic chemistry study of hair, not products. When I did that and started looking at non-white hair cultures to see what natural ingredients they are using, I created what now is known as the Four Naturals treatment in 2019. After one treatment, I saw the difference in my hair. It was health that you could actually see and feel. After three treatments, I had solved all of my problems — my porosity issues, my curl definition, my hair’s relationship with water had dramatically improved, and the predictability of my hair. With textured hair, you can use a product one day and the next day use it again and it works in a completely different way or not at all. That’s stressful and as an actress who prides herself on being a character actress and disappearing in different roles, my hair is part of that. Your body tells a story, but I didn’t want my characters to be dependent on extensions and wigs for me to tell that story. So fast forward, we’re now patent-pending, dermatologically tested. Because of the pandemic, I accelerated the business plan and I’m going to make this treatment available online. By doing this, I’m ensuring that no Black woman experiences the damage and the lack of education that I experienced. Also, giving women an opportunity to experience the freedom of you don’t need to use all of these products. Your hair is much simpler. That’s how I chose to deal with that. I chose to take an ugly thing, a traumatic thing, and plant flowers and give freedom to everyone because of the traumatic experience I went through. 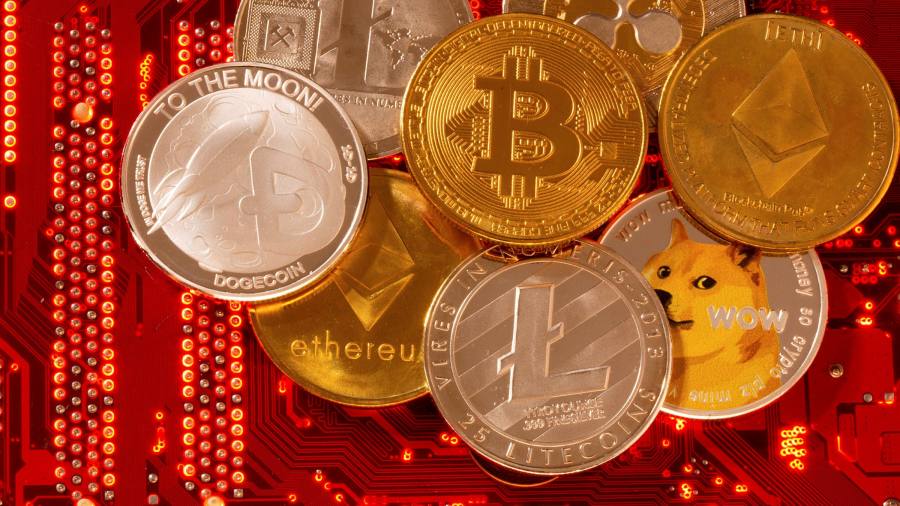 These Target Black Friday deals are still live
2 mins ago