Recently Intuit agreed to shell out $12 billion for Mailchimp, which is a leading email marketing company. “Mailchimp is the cloud’s most successful bootstrapped private startup,” said Jason Lemkin, who is the CEO and founder of SaaStr.

The origins of Mailchimp go back to 2001. At the time, the company’s founders operated a web design agency and they built some of their own websites. One was for e-greetings but it did not get any traction.  But interestingly enough, it was not a complete loss. One of the most popular characters on the e-greetings site was a chimp. So yes, the founders used this for Mailchimp. Although, until 2007 or so the site was mostly a side project.

Today Mailchimp has a global base of 13 million and there are 2.4 million MAUs (Monthly Active Users). Among these, there are 800,000 paid customers and half of them are outside the U.S. And in terms of revenues, they came to about $800 million last year, up about 20%.

OK then, what are some of the takeaways here for entrepreneurs? Well, let’s take a look:

AI (Artificial Intelligence): Mailchimp may seem like a simple product but there are actually sophisticated automation processes built into the platform. Then again, the company has been smart to leverage its massive dataset (this was one of the key reasons Intuit bought the company). Consider that there are 70 billion contacts and Mailchimp has AI-powered automations that generate 2.2 million AI-driven predictions every day.

Bootstrapping Strategy: With venture capital financings at record highs, bootstrapping may seem off the mark. But the reality is that a relatively small number of companies are appropriate for this type of funding. It’s actually common for entrepreneurs to waste valuable time chasing VCs.

“Most software categories should be bootstrap opportunities and are not venture capital companies due to the size of the global total available market,” said Matt Holleran, who is a General Partner at Cloud Apps Capital Partners.

Business Model: This can certainly be a differentiator. But it can also evolve as the market changes.

“Mailchimp is a testament to the power of the freemium model and that you don’t have to start there,” said Lemkin. “Mailchimp was slow to go freemium, but once it did, it exploded.”

Keep in mind that the freemium model proved disruptive to the market. At the time of the transition, the category was fairly mature and there was a dominant player, which was Constant Contact.

Be Contrarian: It’s tempting to focus on hot market categories. The growth is certainly attractive and it is generally easier to get funding as well as recruit talent. On the other hand, a hot market category will also be a magnet for competition—and this can make it difficult to stand out above the noise.

In other words, it may be better to go against the conventional wisdom. But of course, this should be based on a unmet need in the market.

And this was definitely the case with Mailchimp.

“There’s always chatter about email being dead, but just like any good slasher Halloween flick, email survives every fatal headline it gets dealt,” said Murat Bicer, who is a general partner at CRV. “Email is an essential part of your toolbox and enormous amounts of money are spent on it every year. Savvy CEOs and marketers, just like skilled artisans, know that they need more than just a hammer to craft meaningful communications to their various audiences.”

Tom (@ttaulli) is an advisor/board member to startups and the author of Artificial Intelligence Basics: A Non-Technical Introduction, The Robotic Process Automation Handbook: A Guide to Implementing RPA Systems and Implementing AI Systems: Transform Your Business in 6 Steps. He also has developed various online courses, such as for the COBOL.

Artificial intelligence that understands object relationships: A new machine-learning model could enable robots to understand interactions in the world in the way humans do.
3 seconds ago 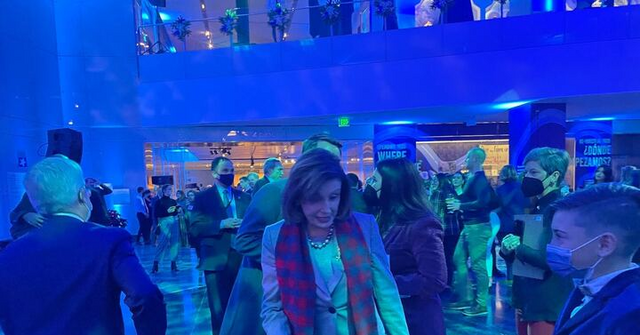