Can London-based Natter solve the problem worrying so many organisations in the post Covid-19 workplace – how to maintain the benefits of flexible and hybrid working while also recapturing the power of those “watercooler moments” that remote workers miss out on? Charlie Woodward, a former head of commercial partnerships at the BBC, thinks that’s exactly what Natter can deliver; indeed, in some ways, he argues, those moments can now be improved upon.

Natter has been in development for more than a year, but is today going public for the first time, unveiling $1m of pre-seed funding from a range of angel investors with quite a pedigree; its backers include early investors in Flexport, Ripple and Zuora. “As businesses rebuild post-pandemic, there is a once in a lifetime opportunity to level the playing field at work and give everyone a voice,” Woodward insists.

Enter Natter, which is essentially a video platform that enables an organisation to schedule conversations – “natters” – between staff with similar interests and with useful experience and expertise to share.

The idea is to match up people throughout the organisation, regardless of where they are based physically or their level of seniority in the business. If there is scope for them to have a meaningful conversation, Woodward explains, Natter wants to make it happen. “We built Natter to get people talking about what matters most, with the people they may otherwise never interact with,” he says.

This is the sense in which Natter thinks it can do better than the watercooler moments of the past. While office-based employees did get more opportunities to connect with their colleagues in the pre-pandemic world, they tended to talk to the same people over and again – most obviously colleagues based in the same office, but also peers to whom they felt a natural affinity, for cultural reasons, or simply because they were of a similar status in the organisation.

Natter, by contrast, aims to enable conversations between any two people in the organisation, if there is something that both parties will get out of it. That might be two peers working on similar projects on different sides of the world, or it might be a CEO seeking feedback from a junior member of staff.

This represents an opportunity to build on some of the positive shifts that the pandemic has driven. Many staff are enjoying the opportunity to work more flexibly, operating more efficiently when they’re at home and in a way that fits around their lives. That’s to the benefit of the organisation, but the downside is the loss of spontaneity and engagement that physical proximity brings.

“Distributed work has enabled huge improvements in flexibility, wellbeing and productivity,” adds Woodward. “Yet, social connection and the vital cultural dynamics brought about by interactions between colleagues and leadership remain largely neglected.”

Solving that problem is crucial. Every remote worker has a story to tell about missing the short conversations they once had with colleagues – for social reasons, but also because those interactions are crucial in learning, sharing experience and problem-solving. So, a technology solution that can begin to replicate this kind of connection – and augment it – is hugely attractive.

Moreover, points out Natter, bringing such engagement within a digital platform creates other opportunities. One feature of Natter is that participants can feed back on their conversations and keep track of the dialogue. Many organisations will be keen to capture this employee engagement data and insight; indeed, part of Natter’s marketing pitch is as an analytics specialist.

The million dollar question, of course, is whether staff will feel enthusiastic about engaging with Natter – or feel that the conversations it enables are just another task to add to the to-do list. After all, a scheduled meet up is not the same as spontaneously bumping into someone while filling up your water bottle.

Nevertheless, Woodward is convinced that employees will embrace the platform. He points to the development work Natter has done over the past 12 months with 10 partners given early access to the platform in order to help its build-out. Many of the features and tools Natter offers were developed following requests and suggestions from workers at partners including University College London, WeWork, Kraft Heinz and World Remit.

Certainly, the early feedback is promising. “Natter helps our community of staff and students by recreating the spontaneity of those serendipitous corridor conversations that we all miss in our new, virtualised work environment,” says Kate Faxen, head of employee experience at UCL. “It enables us to understand how our people are doing, while also helping them to better connect with each other. We’re now able to collate both quantitative and qualitative data from hundreds of focused conversations in minutes on the subjects that matter most.”

Natter’s job now is to build on that positive response. The company expects to have onboarded 100,000 workers worldwide within the next few months, with the fund-raising giving it more firepower to build and market its services. Woodward and his team – comprising executives with a background at companies including Uber, Google, Salesforce, Facebook, Farfetch, Deloitte and the BBC – are convinced they have the right platform at just the right time. 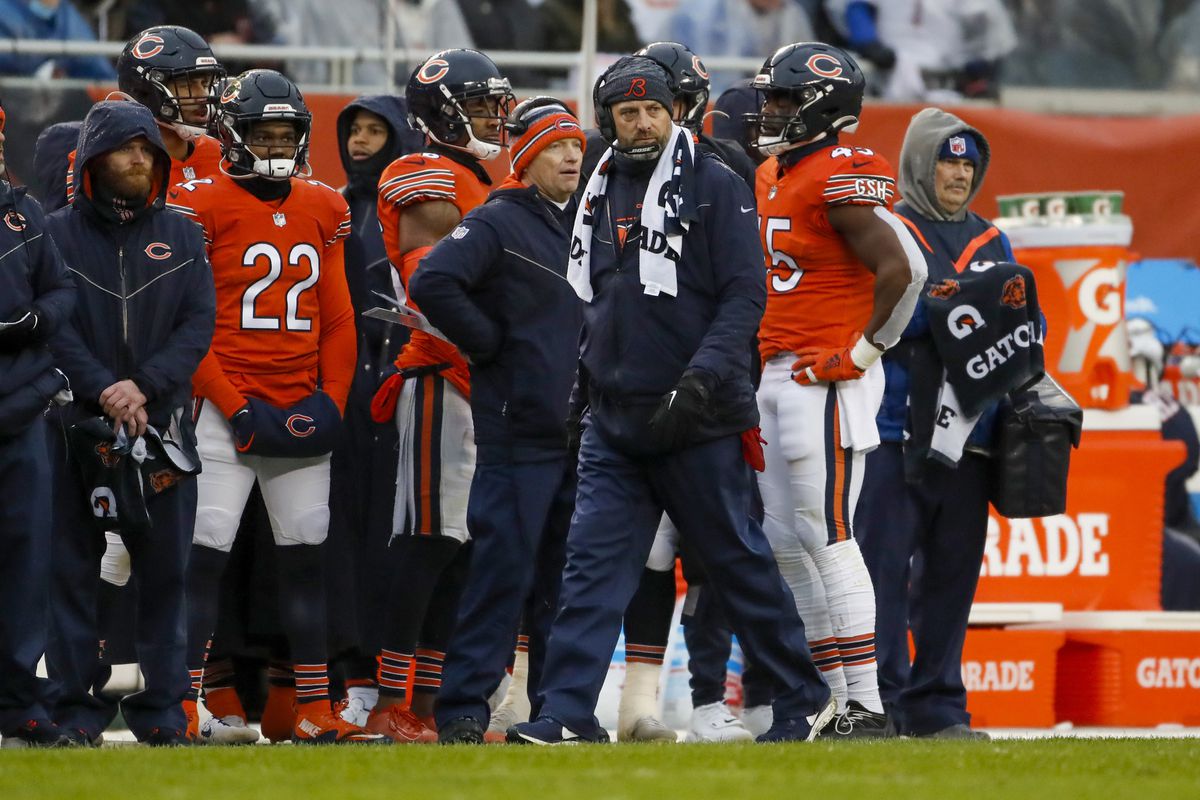 Could the Arizona Cardinals — who made seismic changes to their organization — be a blueprint for the Chicago Bears? Brad Biggs’ 10 thoughts after the Week 13 loss dropped the Bears to 4-8.
2 mins ago

Could the Arizona Cardinals — who made seismic changes to their organization — be a blueprint for the Chicago Bears? Brad Biggs’ 10 thoughts after the Week 13 loss dropped the Bears to 4-8.

3 Financial Red Flags That Actually Prove You’re Far Wealthier Than You Think, Backed by Science (and Math)
7 mins ago