The power went out in Mauricio Montoya’s snow-blanketed neighborhood at 5:30 on a Monday evening in February during the cold snap that devastated Texas. Night quickly fell, sinking his neighborhood in Pearland into eerie, near-complete darkness—except for his house. His lights stayed on, thanks to a solar panel array and a set of batteries that kept his home warm and lit until Thursday, when the power came back on for good.

Montoya’s home became a retreat during the disaster; neighbors came to warm up, his extended family who lost power came to stay. His children slept in their own beds, safe and warm.

“It was a lifesaver to have the panels and batteries,” he says. “We could have gone on forever that way, using just the system.”

The complicated power infrastructure in the United States is straining more and more often in the face of both climate-change-induced extreme weather and increasing overall demand, problems that will only intensify as the planet warms further and more of everyday life gets electrified in the nationwide effort to move away from fossil fuels.

Small-scale solar energy projects, coupled with batteries that can store the power collected on your roof, can keep a household’s lights on even when the rest of the grid goes down, as it did for Montoya. But they are also starting to play a valuable role in supporting that bigger grid, if networked together and used correctly into a sort of “virtual power plant,” smoothing out the peaks and valleys of electricity demand in a way that could keep some kinds of blackouts from happening in the first place.

In California, Vermont, and a few other states, the theory—which has been kicking around as an intriguing concept in energy circles for years—is already being tested. Texas, though, isn’t yet using the strategy.

“Would it have offset the whole impact of many compressors and natural gas power plants freezing? No, of course not, but we wouldn’t have come anywhere close to the extremes [in electricity shortfalls] we did see” in Texas, says Christopher Clack, an energy modeler and the CEO of the energy analytical group Vibrant Clean Energy.

Small can be beautiful

Some renewable energy sources like solar and wind have always had a big problem: They come and go. The sun rises and sets. Winds gust and wane. So the question has long been whether there’s an effective way to store the extra energy, but the “how” has been a tricky problem to solve, at least on a large scale.

Advances in battery technology are changing the game. Batteries that can store solar-produced (or any) electricity have gotten much more effective, and orders of magnitude cheaper, over the past decade. Costs for utility-scale batteries have dropped 70 percent.

In response, their use has skyrocketed. Since 2010, the U.S. Energy Information Administration reports that the amount of storage capacity in the U.S. has increased by a factor of more than 10, doubling in 2020 alone. According to Wood Mackenzie, a firm that focuses on energy analysis, it’s expected to triple in 2021 and sextuple by 2025.

Most of that growth is in what’s called “front of the meter” systems, like the enormous 300-megawatt Moss Landing system in Monterey, California, currently the biggest in the world. But a solid chunk of the growth has come from the kinds of battery systems people put on their houses, often in conjunction with a small rooftop solar array. (For example, Montoya has three Tesla Powerwalls and a solar array).

“The potential capacity is huge,” says Chloe Holden, a residential storage expert at Wood Mackenzie. “It’s a matter of how many homes can have a solar and battery storage system, and the answer is: a lot of homes.”

After the California blackouts in 2019 and 2020, a lot of families in the state started searching for tools that could help them ride out such events in the future. Many bought diesel generators, but solar installer Sunrun reported an uptick in sales in small-scale solar and battery installations, the kind that could power homes through a short interruption and re-charge in the next day’s sun. In 2019, about 20,000 California homes had residential storage systems installed; by mid-2020, it was about 30,000, says Bernadette del Chiaro, the director of the California Solar and Storage Association. By mid-2021 she expects it to be 60,000.

With growth like that comes great opportunity, she says: to use all of those little bits of “distributed” stored energy as a kind of giant, networked source that the larger grid can call upon for help when it’s stressed.

Only within the past three or so years have battery systems become prevalent and big enough to start testing the distributed system. A few companies and utilities have been installing storage systems at greatly reduced cost to the homeowner in exchange for occasional control over the batteries’ capacity. They also often have some measure of command over their customers’ electrical load, tweaking their thermostat and refrigerator in subtle ways that can help control the total electricity sink without affecting comfort. Usually, customers get paid for the power they supply.

In Vermont, a local utility company, Green Mountain Power, has over 2,500 customers with batteries hooked up to the wider grid and who agreed to let the utility company control them a few times a year during demand peaks. The system is helping to smooth out load stress and make electricity cheaper.

Similar pilot projects driven by utility companies are underway in Portland, Oregon, and in Colorado, and many smaller ones are in the works. In September, the Federal Energy Regulatory Commission, the agency that oversees the U.S. electricity systems, ordered utilities nationwide to figure out how to implement the concept—a decision Holden says will likely drive huge innovation and buildout of these kinds of systems in the next few years.

That development could even help push utilities away from building new fossil fuel–powered plants and potentially nudge older ones toward retirement more quickly, says Jeremiah Johnson, an energy researcher at North Carolina State University. “If you have enough of these that can be called upon when needed, you can start to make the argument that another gas plant isn’t needed,” he says.

A tool in the blackout prevention toolbox

Many blackouts happen for a simple reason: There’s more demand for electricity than the system can provide.

That usually happens during summertime, when it’s really hot out and air conditioners are turned on, guzzling electricity and pushing power needs sky-high. Super high demand during extreme heat waves contributed to the blackouts that rolled across northern California last summer.

But high demand can also happen during wintertime, part of the issue in Texas’ recent disaster, explains Ryan Hledik, an energy analyst at the Brattle Group. It takes more energy to heat a house from 10°F to 65° than to cool it from 100° to 70°, just by the laws of physics, and in Texas, a lot of that energy comes from electricity. About 60 percent of the state’s homes are heated with electricity (the rest are heated with natural gas).

Whether the stress is caused by heat or cold, power managers usually see the problem coming and try to “smooth out” the demand on their complicated systems—sometimes by asking people to turn off non-essential electrical equipment, sometimes by asking “peaker plants” to turn on and burn gas, jet fuel, or other fossil fuels to produce power, or by buying extra electricity from other regions to make up the shortfall.

But sometimes those strategies don’t work, and there’s just not enough power to meet demand. That’s when the lights go out: Either the utility will shut down systems to prevent them from catastrophically failing, or the systems will become overwhelmed and shut down.

Here’s how distributed networks of batteries—both industrial-sized and residential—could help both the homeowner hoping to keep the lights on and the grid at large.

First, explains Hledik, there’s an impact on demand: Houses that can power themselves aren’t adding load to a stressed-out grid. That “demand reduction” alone can help in critical moments.

Then, there’s the potential to harness all those batteries to recoup enough of the energy shortfall so that power outages don’t happen in the first place.

Whether reducing demand or providing an additional energy source, these virtual power plants are “really useful,” says Amy Heart, a director of policy for Sunrun, a national solar and battery company.

Last August in California, virtual power plants might have helped avoid the blackouts. There were only a few key hours where demand actually did outstrip capacity, by about 500 to 100 megawatts, says del Chiaro (an average-sized natural gas power plant can provide about 500 megawatts of power). But for a whole host of reasons, only some of the 30,000 batteries across the state got called upon for help, and the utility failed to make up the shortfall. Del Chiaro is hoping some of the policy and logistical kinks will be worked out by next summer—and that ever-increasing battery storage capacity from residential owners will increase the potential. A company called OhmConnect is developing a 550 megawatt virtual power plant and many more projects are in the queue.

“The California situation could a hundred percent have been solved with more storage,” says Clack.

In Texas, the situation was more dire and would have been tougher to manage, he says. The freezing weather took many major power sources offline just when demand was spiking. The state faced gaping shortfalls of 20 to 25 gigawatts of power for several days in a row, more than 10 times what California had dealt with last year.

And even though an estimated 50,000 Texas homes have batteries that could theoretically be used as a load-smoothing virtual power plant, the policies and permissions aren’t in place for them to be used to boost the grid—just to provide for their grateful owners, like Montoya. But if they had been available, Clack thinks a set of hefty-size virtual power plants could have helped mitigate the disaster.

“Any energy that the grid in Texas could get during that time was helpful, regardless of how small or big it was, because we were hurting for energy, for power,” says Joshua Rhodes, an energy expert at the University of Texas, Austin.

Virtual power plants and networks of batteries are in no way a panacea, cautions Holden. But she expects that as storage capacities increase, the usefulness of these systems will also expand. And the demand from homeowners is there: Sunrun reported a 350 percent increase in traffic to their website, and a 70 percent increase in requests for batteries attached to solar systems, during the week following the Texas storm.

“It’s possible we’re where we were with refrigerators in 1920, you know?” says Jason Burwen, the CEO of the Energy Storage Association. “They were this exciting luxury and now it’s like, how can we possibly live without it?” 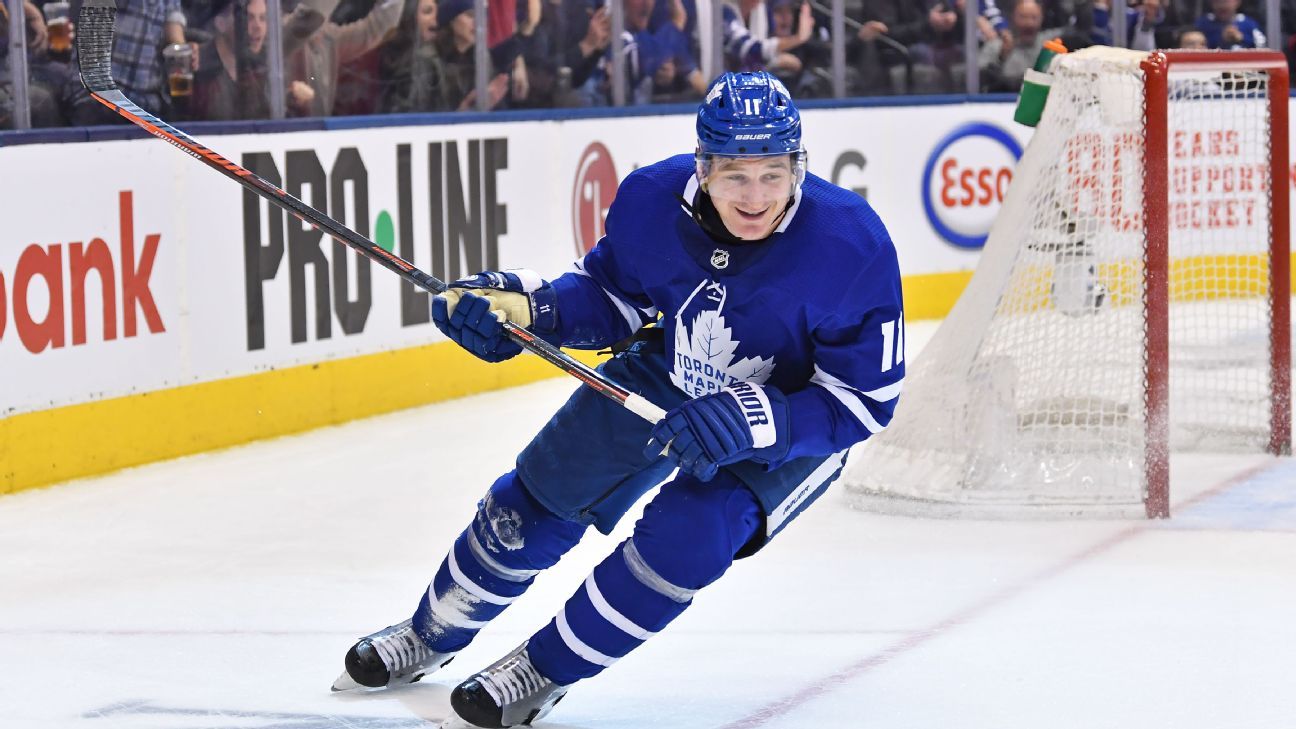 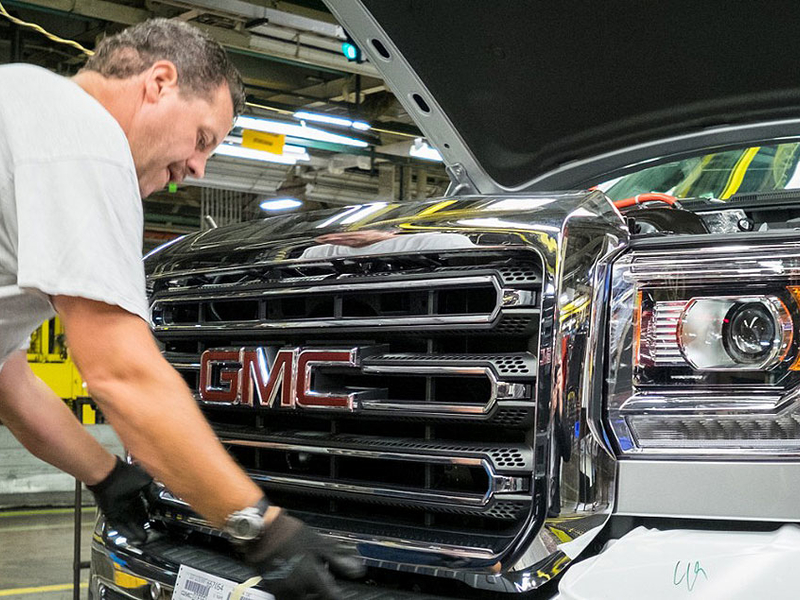 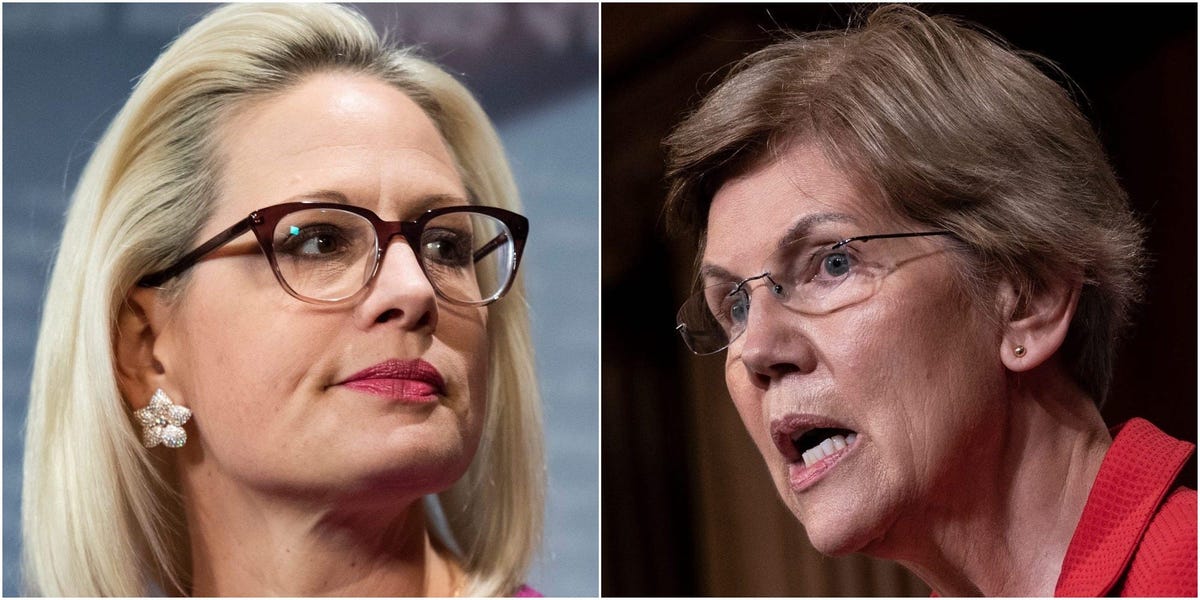 Would-be staffers to Kyrsten Sinema got an email warning: You ‘aren’t working for Elizabeth Warren’
2 mins ago

Would-be staffers to Kyrsten Sinema got an email warning: You ‘aren’t working for Elizabeth Warren’ 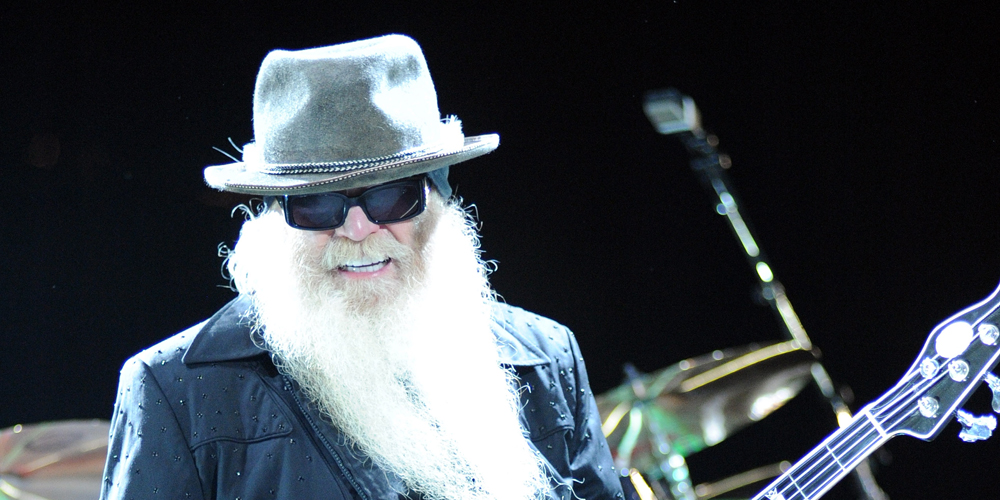 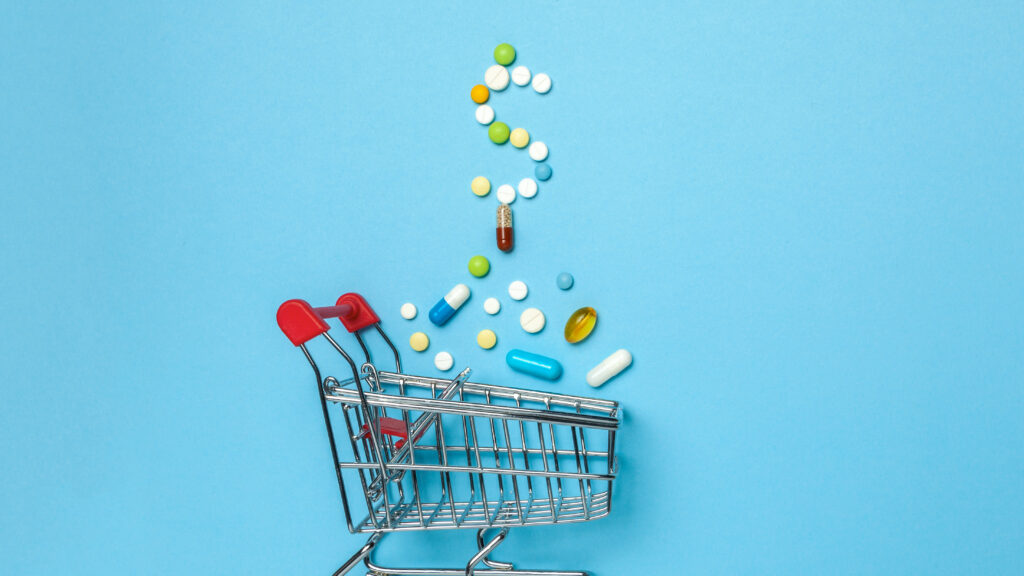