To save the Eastern Shore of Virginia’s limited drinking water, it’s time for chicken farms to tap into an alternative supply, officials say.

The state Department of Environmental Quality has proposed incentives to prod new poultry farms into drilling their wells into the aquifer lying just yards below the ground’s surface.

That “surficial” aquifer, dubbed the Columbia, refills with rainwater at an exponentially faster rate than its deeper counterpart, the Yorktown-Eastover aquifer, officials say. As a result, it represents a more sustainable option for agricultural and industrial users, they contend.

Environmentalists say the move would be a good first step toward easing the strain that factory-scale chicken houses put on the Yorktown-Eastover aquifer, the sole drinking water source for the region’s 45,000 residents. The threat to that aquifer is considered so critical that the Eastern Shore is one of only two areas in the state where large groundwater withdrawals must receive DEQ approval.

But getting farmers to switch to the Columbia aquifer may not be an easy sell. Chicken operations historically have bored into the Yorktown-Eastover because of a perception that it yields stronger flows with fewer impurities, such as iron and nitrates.

Chicken houses use water to hydrate their birds and keep them cool, especially during hot summer months.

Danny Bundick, who oversees one of the Shore’s top well-drilling companies, chuckled when he recalled the sight from years ago of chickens that had been misted regularly with water drawn from the Columbia aquifer. Its high iron content had turned their feathers from white to brown.

But an even bigger concern is what that “very hard” water can do to a farmer’s equipment, said Bundick of the Painter-based Bundick Well and Pump Co. Many would need to perform regular maintenance or install expensive water softeners to keep their pipes from getting clogged.

“It’s not going to save them in the long run,” he said. “It’s going to be a headache and cost them a fortune.”

The Yorktown-Eastover aquifer doesn’t have those issues for the most part because it lies beneath a dense subterranean layer of clay that acts like a giant filter, straining out pollutants from fertilizers, chemical spills and other hazards at the surface. The surficial aquifer has no such protection.

Scott Kudlas, head of the DEQ water supply office, pushed back at the notion that the Columbia aquifer typically produces poorer water quality and supply. “Certainly, there are instances where that’s the case,” he said. “But our view is that those situations are limited enough that it’s inappropriate to generalize that that’s the case across the entire Eastern Shore. You need to test and see what it is at any one site.”

The region’s water woes are exacerbated by geography.

Virginia’s Eastern Shore occupies the southernmost 70 miles of the Delmarva Peninsula. The land surface is narrow, measuring between 5 and 15 miles in width. With saltwater confronting the land on three sides, the region has little area on which rain can land and seep into the groundwater below.

The problem is most acute in Accomack Country, which covers the northern half of Virginia’s portion of the Shore. Since July 2014, the number of permitted chicken houses has nearly doubled in the county, officials estimate. They attribute the spike to chicken farmers who, in an effort to reduce transportation costs, have positioned their operations closer to the region’s two chicken slaughterhouses: a Perdue plant in Accomac and a Tyson plant in Temperanceville.

In 2019, state Sen. Lynwood Lewis, whose district includes the Shore, got a bill passed ordering the DEQ to encourage farmers to dip into the Columbia instead of the Yorktown-Eastover aquifer. Two years later, the agency has emerged with a package of inducements, including a lower application fee, a waiver on geotechnical studies, a faster paperwork-processing schedule and an easing of reporting requirements.

The DEQ is accepting public comment on the proposal until Oct. 29. It could go before the State Water Control Board as early as December for the final go-ahead.

Jay Ford, the Chesapeake Bay Foundation’s Virginia Policy and Grassroots Advisor, characterized the new permit as another sign of modernization in the state’s water program. As recently as 2018, the DEQ and farmers ignored the longstanding law requiring large water users on the Shore to obtain permits.

“We didn’t even know what was being used. We’ve really climbed out into the 21st century over the last couple of years here,” Ford said. As for the state’s approach in this case, he added: “We love when there’s a carrot for doing things that are more sustainable.”

Chicken house construction has slowed to a trickle over the past year or so on the Shore. Some environmentalists are now wondering whether there will be enough new construction in the future for the new incentives to get much use.

By encouraging farms and industrial plants to sink their wells into the Columbia aquifer instead of mandating the action, the permit sidesteps politically thorny territory on the traditionally conservative Eastern Shore.

But some critics worry that it could turn away new businesses just the same.

In June, a proposal to add language supportive of the state permit to Northampton County’s comprehensive plan overcame a late push by one elected official to delete it. Supervisor Betsy Mapp said that if new commercial users were restricted to the Columbia, its low flow rates would cause the local economy to dry up. Only after receiving assurances that the policy would be voluntary did she give her cautious assent.

“As long as it only says ‘encouraging the use,’ I can bear with it,” Mapp said. “But to stipulate that a business or company must use the Columbia would be the kiss of death for any new business to locate here.” Samsung orchestrated a record quarter for foldable smartphones
4 mins ago 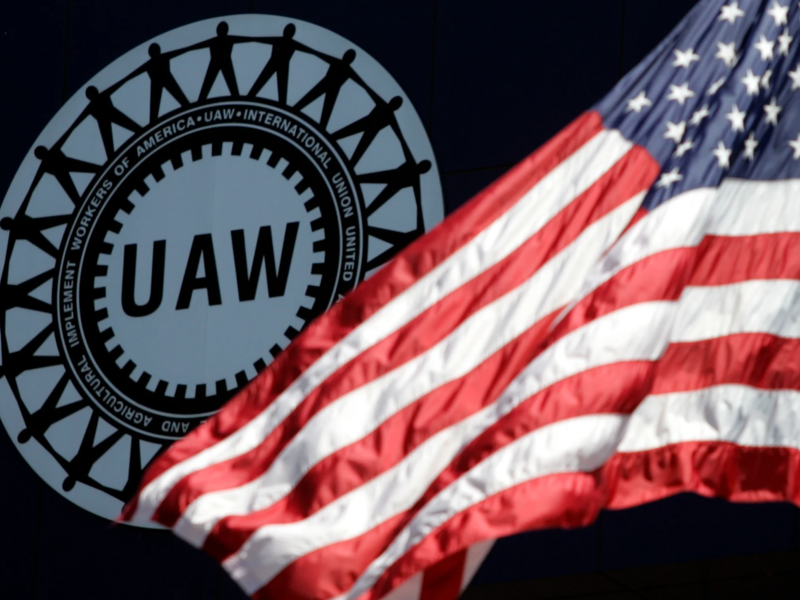