Good morning from New York. We are keying up today for the second half of the FT Global Boardroom conference, where Moral Money will be on hand to discuss diversity and inclusion. Do yourself a favour and check out yesterday’s sessions. I hosted a panel on business and the climate crisis with some top notch guests like Audrey Choi of Morgan Stanley, Edmond Scanlon of Kerry Group, Dickon Pinner of McKinsey and Helen Clarkson of The Climate Group.

And be sure to watch Roula Khalaf’s keynote interview with Melinda Gates. Celebrity gossip hounds will be disappointed to learn it was recorded before Melinda’s split from Bill was made public, so there are no juicy details. But it is well worth listening to her thoughts on vaccine diplomacy. And for more on how the divorce might affect their foundation, read on. — Billy Nauman

Corporate board directors from Kuala Lumpur to rural Illinois have been forewarned that asset managers are scrutinising ESG behaviours. Now, as the annual shareholder meetings season gets into full swing, it’s becoming clearer just how significant the investor pressure has become.

The first-quarter figures were published in a quarterly stewardship report that BlackRock released today.

And through April, BlackRock voted against 153 board directors at 138 companies concerning their climate change policies, including at Berkshire Hathaway on Saturday. The figures are up from 64 directors and 69 companies in all of 2020. BlackRock said it expected the number of targeted directors “to increase meaningfully” as the shareholder voting season progressed.

BlackRock’s efforts were not confined to votes, and its report detailed some of its engagement efforts on social issues. BlackRock asked US tractor maker Deere to advance its diversity and inclusion efforts to help black farmers. As a result of BlackRock’s pressure, Illinois-based Deere created a coalition to help black farmers gain access to land titles, which can get lost over generations and deprive minorities of valuable land ownership.

Not all of BlackRock’s engagement went amicably. BlackRock voted against board directors at Top Glove, the world’s largest rubber glove manufacturer, owing to the Malaysian company’s “egregious” working conditions during Covid-19 just as the company was supplying essential protective equipment worldwide.

The pressure might have worked. In January, an independent consultant for Top Glove found that several forced labour problems were no longer present.

While it is still early in 2021, BlackRock’s voting figures suggest it is following through on its pledge late last year to support more shareholder proposals. While this is bad news for boards, it is good news for the activists slogging it out with companies at the SEC to get petitions on ballots. (Patrick Temple-West)

It is undeniable that there has been a lot of good news for environmental, social and governance (ESG) investors in recent months, but as two stories in the FT this week show, there are still lingering doubts swirling around the sector.

The first story raises some important questions about ESG performance.

Moral Money readers will know that numerous recent studies have found that ESG funds tend to do better (or at least no worse) than broad market indices.

However, a new paper from Scientific Beta says that body of research is flawed.

In its analysis of ESG funds, Scientific Beta found that most of the outperformance was linked to the funds’ exposure to “quality” companies, an investment factor that is tied to financial metrics like “high profitability and conservative investment”, rather than their ESG credentials.

To put it lightly, this finding has been controversial (check out the comment section on that article). And it is important to point out that Scientific Beta’s paper has not been peer reviewed.

But this is not the first time ESG performance has been called into question. As Robin Wigglesworth pointed out last year, ESG funds also lean heavily toward “growth” companies like Microsoft and Alphabet.

Anyone owning those companies over the past decade would have performed well, but did their ESG scores have anything to do with it?

The bigger question is: what exactly are ESG investors trying to achieve? For those seeking short-term gains, it indeed may have been cheaper and easier to buy growth or quality funds. It will be interesting to see how ESG performance holds up when growth and quality someday fall out of favour.

However, long-term minded investors will say ESG is about more than chasing backward-looking performance data. A big part of their strategy is about avoiding future risks — such as the looming climate crisis — and actively using shareholder power to push companies to improve.

But this is where the second bit of bad news comes in.

Despite all the time and resources dedicated to ESG “engagement,” a new survey shows that most investors do not actually believe that their efforts will work. This is especially true when it comes to fossil fuel companies. Only 17 per cent of the investors polled have any faith that oil and gas companies will hit their net-zero goals.

What is even more worrisome (at least for anyone who believes in climate science) is that half of the respondents to the poll believe fossil fuel companies are still investible, despite this fact, because their share prices are set to grow on the back of rising oil prices before net-zero regulations threaten their gains.

Given the urgency of the climate crisis, this should set off alarm bells for anyone hoping market forces will bring fossil fuel usage to an end soon enough to avert catastrophe. It harks back to ex-BlackRock executive Tariq Fancy’s critique of sustainable investing as being tantamount to giving wheatgrass to a cancer patient instead of chemotherapy.

ESG’s appeal lies in its promise that investors can “do well” financially and “do good” for the world at the same time. These are just two studies out of many, and ESG backers will surely point out the many ways they are flawed. But if the performance claims are indeed shaky and investors are correct that the efforts to change the world are futile, it is time to go back to the drawing board. (Billy Nauman)

Big changes loom for Gates Foundation, but not because of the divorce

The early indication out of Seattle this week is that Bill and Melinda Gates’ divorce will have little effect on their eponymous foundation — at least in the immediate term. Sources within the foundation have said there has been an internal split between “Bill” projects and “Melinda” projects for years, and believe things will probably stay status quo.

However, another news story this week is a good reminder that change is coming for the Gates Foundation soon, regardless of Bill and Melinda’s relationship.

Warren Buffett’s decision to name a successor at Berkshire Hathaway is a stark reminder that at 90 he is not getting any younger. If he sticks to his plan of giving 85 per cent of his $100bn to the Gates Foundation upon his death, it will more than double the foundation’s assets.

This will mean the foundation will have to kick its distribution efforts into overdrive to maintain its tax-exempt status. But as the sentiment around philanthropy and (its anti-democratic nature) is shifting, it will also raise serious questions about governance at the foundation, where only two people (Bill and Melinda) will have the final say over how all that money is spent. (Billy Nauman)

Nikkei’s Tamami Shimizuishi helps you stay up to date on stories you may have missed from the eastern hemisphere.

Despite the fact that India is battling one of the world’s worst Covid-19 outbreaks right now, the Asian Development Bank still expects the country to lead Asia’s economic recovery later this year.

But Sawada also flagged renewed severe outbreaks as “a significant downside risk” to the forecast. ADB is closely monitoring the situation and will provide an update in late July.

In the meantime, there are several ways that ESG investors can help India to recover more quickly.

Investment in sustainable infrastructure will be particularly crucial for India to achieve an “inclusive” recovery from the pandemic, Vikas said.

Global emissions must turn down now if we are to stop a climate change catastrophe, writes FT columnist Martin Wolf. “We have been talking about doing this for decades, to no effect. Now, we must act.”

Grit in the oyster

But the vote’s non-binding nature, and the failure of such petitions to rein in outlandish bonuses at other companies are a warning for what may be to come as investors are voting on a number of “say on climate” proposals this meetings season.

Modelled after the “say on pay” model, the climate petitions have drawn controversy. The say on climate tactic “might end similarly,” Morgan Stanley warned in an April 21 report. 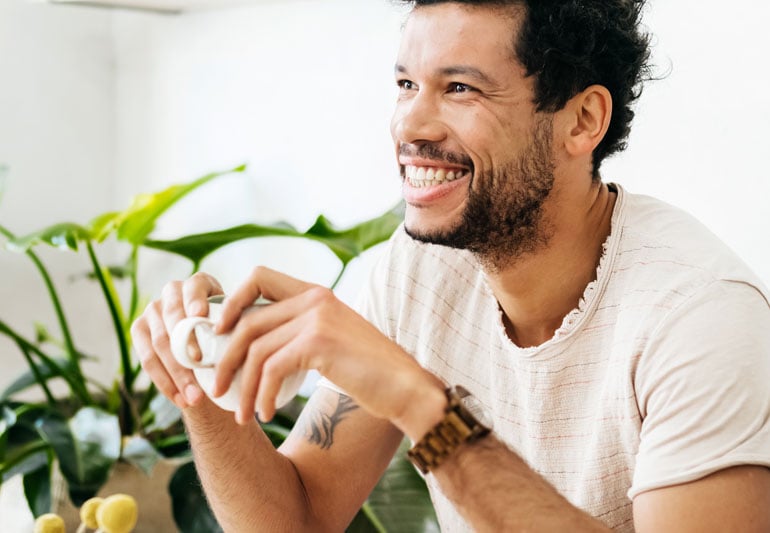 Are There Health Benefits to Drinking Hot Water?
9 seconds ago

Are There Health Benefits to Drinking Hot Water? 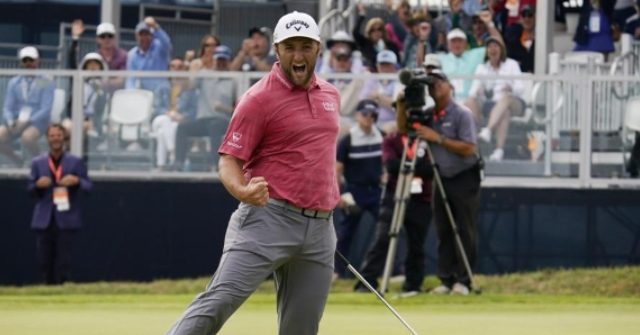 Jon Rahm Wins U.S. Open, One Week After Disqualified for ‘Covid’
1 min ago 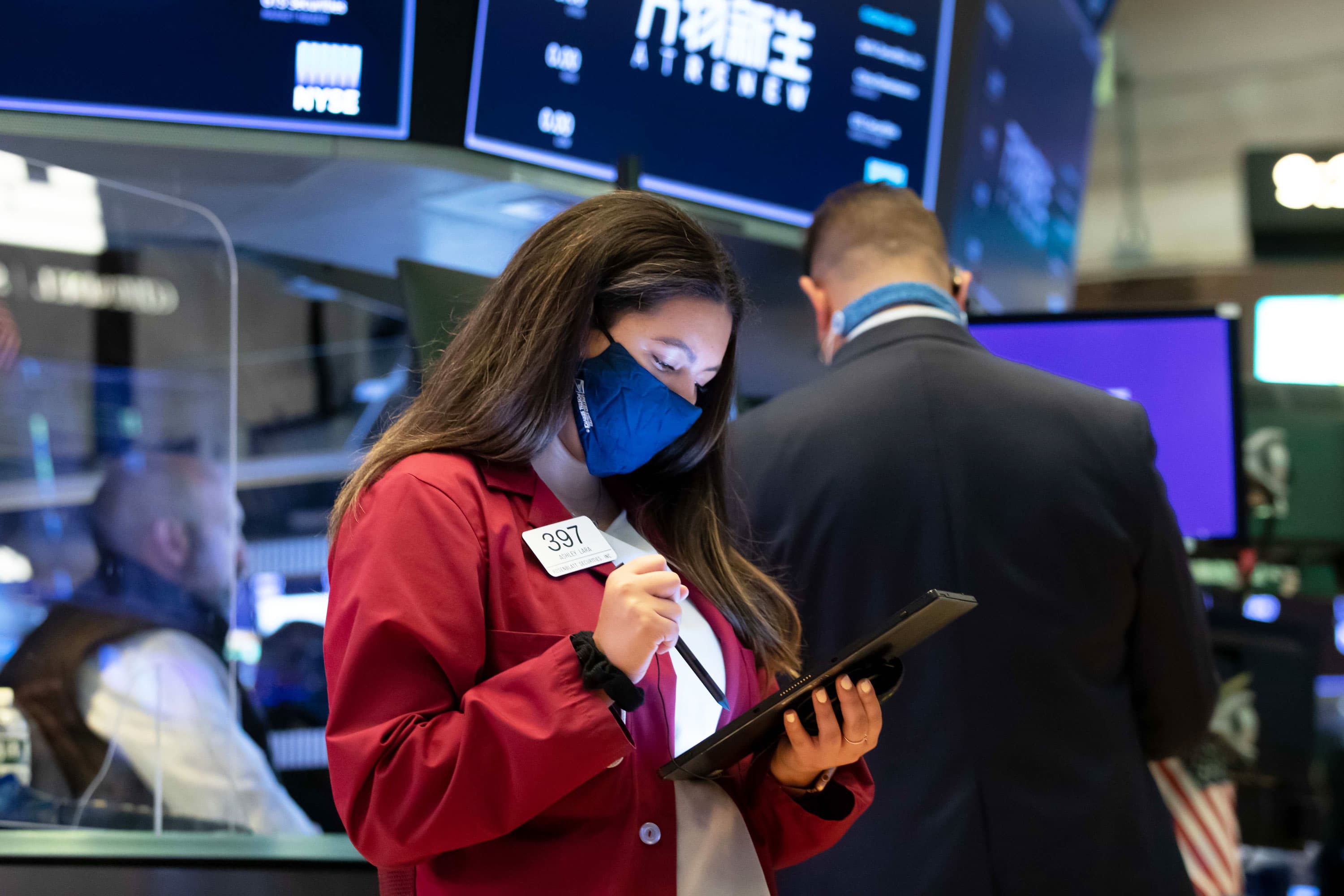