Shunning is a powerful social control mechanism. It is no wonder, therefore, that activists often seek to employ it in a financial context. The 1980s divestment movement that lobbied university endowments and companies to pull out of apartheid-era South Africa set the pattern for further efforts, which have at times targeted tobacco, weapons and gambling, among others.

These days, the exclusion movement is focusing on fossil fuel producers and companies that fall foul of environmental, social and governance standards. Advocates of this strategy make a two pronged-argument. First, they contend that companies scoring well on ESG metrics will outperform and, second, they say starving companies of capital if they ignore such concerns will push them to change their business practices.

How realistic is this?

A New York University review of more than 1,000 recent studies looking at ESG metrics and financial performance offers support for the first contention. Some 58 per cent of studies found a positive correlation between ESG measures and corporate financial performance, while 33 per cent of studies identified a positive correlation between ESG and the investment performance of related funds, portfolios and indices. In addition, stocks in ESG indices have tended to provide downside protection during sell-offs — for example, during the early days of the coronavirus pandemic in 2020.

But some index experts, such as Alain Dubois, formerly of MSCI and Lyxor Asset Management, think this is a short-term fad driven by a period of low oil and gas prices and by inflows from institutions driven by posturing. “The whole thing is messy and very opportunistic,” he says. “My personal view is don’t invest in anything like that and, at some point, it will be a good idea to buy unsustainable stocks that are discarded by the ‘look good’ institutions.”

His view is partly supported by research from index provider Scientific Beta, which calculated that ESG stocks do better when the media and investors are paying more attention to them (as measured by inflows into ESG funds). It also found that much of the outperformance can be explained by the fact that many green companies are higher risk.

The history of more traditional “sin stocks” such as tobacco, gambling and firearms companies offers mixed evidence. Research done in the 2000s suggested that, rather than lagging behind the broader stock market, sin stocks outperformed it. One global study led by Frank Fabozzi of Edhec Business School even argued that “an economic gain might accrue for not conforming to social standards”.

However, he and David Blitz of asset manager Robeco re-examined this contention more recently. They found that the outperformance of sin stocks was largely explained by their predictable returns, regular dividends and high profitability. When compared with other companies that had a similar profile, the premium went away.

Taken together, the research on sin stocks and ESG investing suggests that shunning sin stocks or “brown” companies (those in pollution-prone or carbon-intensive industries) is not a certain route to improved returns. But it is also not clear that following one’s principles means having to accept reduced performance.

Hortense Bioy of Morningstar, the data provider, argues that focusing just on exclusions is misleading because ESG funds don’t necessarily omit entire sectors. For example, there are nearly 500 US open-ended and exchange traded funds that identify themselves as sustainable, and Morningstar calculates that at least 77 per cent of them have at least some revenue from fossil fuels. “In theory, exclusions free up capital . . . depending on where you put your money, that could change your returns,” she points out.

If the evidence on share price performance is a mixed bag, what about the idea that ESG investing can help persuade unsustainable companies to change their business models?

BP is an example of a company trying to do just that. Chief executive Bernard Looney pledged last year to cut oil and gas production by 40 per cent, by 2030. “All oil companies are not the same. Let us go solve the problem,” he says. “If it’s really hard, even better. We can make a lot of money solving it and make the world better at the same time.” 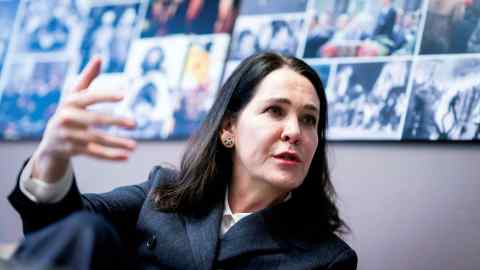 Yet BP’s shares have failed to outpace those of oil groups that have not moved to decarbonise as quickly. And there is little evidence that ESG bad guys are being starved for investment. Another study by Robeco’s Blitz found no evidence that unsustainable groups attracted less capital than those with the greenest of labels in the 2010s. Even today, the popular fund family SPDR’s standard S&P 500 ETF has a market capitalisation of $384bn, while the fossil fuel-free version has just $1.2bn and the ESG version has $336m.

Equity funds may not be the right place to look, though. As the sin stock studies show, some investors are always willing to leap in if they think shares are underpriced. The real sustainability challenge could come from another source.

Right now, many companies are relying on borrowing not just for investment but also for the share buybacks that keep investors happy. The Rainforest Action Network has calculated that the world’s 60 largest banks provided $3.8tn in fossil fuel financing between 2016 and 2020.

However, some banks and debt investors have begun talking up their sustainability credentials, and banking regulators are starting to include climate impacts in their stress tests. If that prompts the financial services industry to shy away from bankrolling “brown” companies and those that ignore social and governance expectations, the pressure will be much more intense. 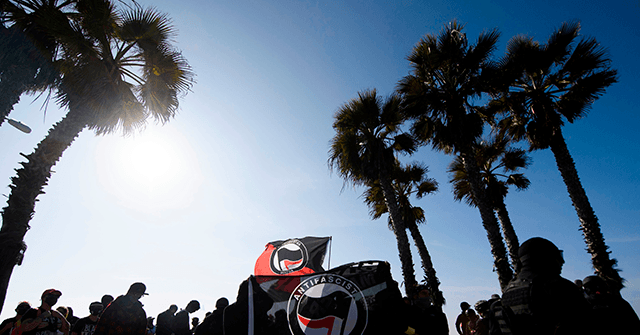 Visa to Support Clients through Crypto Advisory Services
3 mins ago

Threat of Ransomware Lurks in Amazon S3 Buckets
6 mins ago