The Methodist Church has sold out of Royal Dutch Shell over the oil major’s “inadequate” response to climate change, weeks before a shareholder vote on the company’s energy transition plans.

Epworth Investment Management, which is owned by the Methodist Church and oversees its investments, told the Financial Times it had sold almost £21m in shares because Shell’s plans were not aligned with the 2015 Paris accord.

“The patience of the Church has run out,” said David Palmer, chief executive of Epworth, which oversees £1.3bn for churches and charities.

Shell, which declined to comment on the church’s decision, has asked investors to vote on its energy transition strategy at its annual meeting on May 18, although the result is non-binding. It has pledged to put its climate strategy to a regular shareholder vote, the first among its peers to do so.

The company’s plan to become a net zero emissions company involves decarbonising existing fossil fuel businesses but continuing to invest in them, while “over time” ploughing more funds into gas, chemicals, cleaner technology and selling power.

Palmer argued that the company’s capital expenditure plans, dividend policy and “uninspiring emissions reduction targets” were not aligned with the objectives of the Paris agreement, which aims to limit global warming to well below 2C above pre-industrial levels.

Several other shareholders have also been critical of the group’s climate moves. Sarasin, a UK asset manager, said it would vote against Shell’s energy strategy, arguing it was “impossible to know whether the transition plan is credible or economically feasible”.

The Local Authority Pension Fund Forum, which represents local authority retirement schemes in the UK, said it did not support Shell’s strategy. Billionaire hedge fund manager Chris Hohn, who popularised the idea of giving shareholders a regular vote on companies’ climate policies, has urged shareholders to vote against Shell’s plans.

One top-20 shareholder also argued the plan did not go far enough, saying: “We will have to make a decision over whether we vote against because it isn’t 100 per cent aligned with Paris, or back them because they have momentum.”

Dutch shareholder group Follow This has filed a resolution against the company arguing that its goal to reduce its net emissions intensity — a measure of carbon per megajoule of energy sold — by 20 per cent by 2030 will not deliver enough absolute reductions to comply with the Paris climate agreement.

But other shareholders have shown support for the company’s plan, including Adam Matthews of the Church of England Pensions Board, who leads conversations between the Climate Action 100+ investor group and Shell.

Glass Lewis, the influential adviser to investors, also called on shareholders to vote in favour of the strategy. “We believe that the company lays out a robust plan to achieve its net zero ambition and that its disclosure concerning this plan is comprehensible and thorough,” the proxy adviser said.

European oil companies face a dilemma over how to divert cash towards cleaner forms of energy when they are not as lucrative as traditional businesses that fund shareholder dividends.

Some of Shell’s European peers including BP and France’s Total are focusing on increasing renewable power generation. 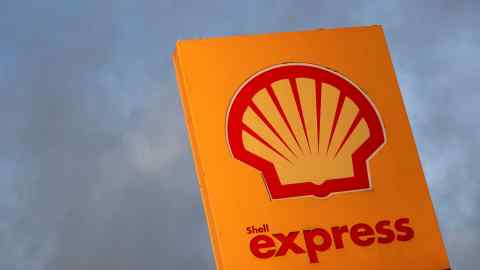 Shell will instead prioritise doubling the electricity it sells by 2030 through more customer-focused businesses. It is also putting an emphasis on hydrogen and biofuels, while its corporate strategy relies heavily on carbon capture and storage and offsets.

“Across society there will be different perspectives on what Shell’s doing and if we’re moving fast enough, if we’re ambitious enough,” Jessica Uhl, chief financial officer, said on Thursday. “I personally believe it is one of the most ambitious plans out there for a company and certainly for our sector.”

Many religious groups are grappling with whether to divest from oil companies. The Methodist Church has sold out of several other oil and gas companies including BP in recent years but continued to invest in Shell until this month “in the hope that [it] would see more progress” on climate change. It also sold about £2m of Equinor bonds this year.