A couple of recent acquisitions are proving strong tonic for Viva Biotech Holdings (1873.HK), a globally-focused Chinese provider of third-party pharmaceutical services for other drug makers.

The company posted a more than fivefold surge in first-half revenues after completing two key purchases that not only added a major new business area but also lifted Viva Biotech back to profitability, according to its latest results posted last week.

The company’s shares initially jumped about 4% in the three days after the results came out. But they’ve given back all those gains since then, indicating investors were perhaps expecting even stronger medicine from the pair of recent acquisitions that have taken Viva beyond its original business as a contract research organization (CRO) into the fast-growing business as a contract drug manufacturing organization (CDMO).

Viva Biotech also engages in the business of equity-for-services, whereby it buys stakes in startup drug research companies. Such tie-ups give Viva access to those companies’ products, and it can also sell its own services to them.

Viva’s diversification strategy has recently caught the attention of global investment behemoths JPMorgan Chase & Co. and UBS Group AG, which purchased stakes in July and August equivalent to 17.5% and 10% of Viva’s shares, respectively. The two global giants made their separate moves after Viva’s shares lost nearly half their value from an all-time high in June, perhaps hinting at a “buy on the dip” mentality.

Viva Biotech’s revenue surged more than fivefold in the first half of this year to 1.03 billion yuan ($159.4 million) from the year-ago period, according to its latest report released Aug. 30. CDMO and drug commercialization services accounted for almost 70% of that, up from zero in the same period last year. Drug discovery, which offers outsourced clinical-stage services to other pharmaceutical companies, provided the remainder.

Viva’s revenue surge helped the company swing back to a profit of 95.8 million yuan in the first half of the year from a loss of 530 million yuan a year earlier. The company attributed that swing to its acquisition of SYNthesis Med Chem (Hong Kong) Ltd and Zhejiang Langhua Pharmaceutical Co. Ltd.

Last September Viva announced its $80 million purchase of SYNthesis, which together with its subsidiaries, are engaged in research and development of preclinical small molecule drugs. A month earlier it announced a larger deal to buy 80% of CDMO specialist Langhua Pharmaceutical for 2.56 billion yuan.

Langhua completed 26 CDMO projects with sales of about 415 million yuan in the first half of this year, accounting for approximately 58.8% of Viva Biotech’s total revenue.

The global CDMO market Viva Biotech entered through the Langhua purchase is forecast to reach about $120 billion by 2025 compared with $63.3 billion in 2019, representing a compound growth rate of 11.2%, according to a May report by AEI Research.

The move into CDMO looks like a strong bet as that sector stands to gain from multinational drug makers shifting more of their focus to drug R&D while handing off their actual manufacturing to third-party specialists like Viva. A similar shift happened in the global semiconductor sector in the 1990s, with chip designers and third-party contract manufacturers emerging as two separate types of companies focused on product design and manufacturing, respectively.

A similar pattern should see production of chemical drugs gradually shift to CDMO enterprises, according to AEI.

Founded in 2008, Viva Biotech’s shares made their Hong Kong debut in May 2019 in an IPO that raised $176 million. The shares climbed as much as 164% from their IPO price of HK$4.41 to an all-high of HK$11.64 in June, but have since fallen to around HK$6.60. That indicates the earlier gains may have been premature – a fact that becomes clearer when sizing up the company’s competitors.

The bulk of Viva Biotech’s revenue comes from outside China, with the U.S. accounting for about 30%, Europe 25% and the remainder from China and other Asian countries. It competes against IQVIA Holdings Inc. and WuXi AppTec Co. Ltd., whose market caps of $50 billion and $63 billion, respectively, dwarf Viva Biotech’s far more modest $1.6 billion.

The two largest players in China accounted for 53% and 30% of the market for Viva Biotech’s core CRO services in China in 2017, while Viva Biotech trailed with just 2.6% of the market, its 2019 prospectus said, without identifying the other companies.

However, S&P Global identified Hangzhou Tigermed Consulting Co. Ltd. as the largest clinical trial CRO in China and WuXi Biologics (Cayman) Inc., which was spun out of WuXi AppTec in 2015, as another of the nation’s biggest.

But some might argue Viva Biotech’s shares are now undervalued, with stock information site Simply Wall Street saying they are 38.4% below their fair value of HK$10.71, indicating potential significant upside.

Considering its comparatively small size and the oligopolistic nature of the CDMO and CRO markets in China, Viva Biotech has also looked to its equity-for-services business to boost earnings. During the first half of the year Viva Biotech added eight startups to its investment portfolio and boosted investment in two existing portfolio companies. That brought the total to 75 companies in its investment portfolio with an average agreed shareholding ratio of about 18.41%.

Those companies are engaged in 140 pipeline projects, of which 18 have entered the clinical stage. In addition to keeping Viva abreast of the latest developments in the drug sector and giving it potential new clients for its services, such investments also earn money for Viva when those portfolio companies rise in value. 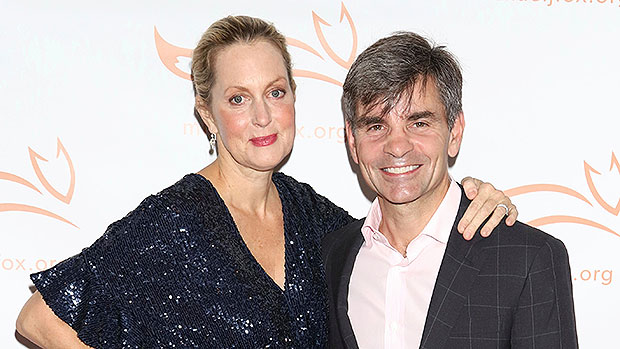 George Stephanopoulos & Ali Wentworth: Everything To Know About Their 20 Years Of Marriage
9 mins ago