Facebook CEO Mark Zuckerberg testifies on Capitol Hill in April 2018. A trove of insider documents known as the Facebook Papers has the company facing backlash over its effects on society and politics.

Facebook CEO Mark Zuckerberg testifies on Capitol Hill in April 2018. A trove of insider documents known as the Facebook Papers has the company facing backlash over its effects on society and politics.

Facebook’s rank-and-file employees warned their leaders about the company’s effects on society and politics in the U.S. — and its inability to effectively moderate content in other countries magnified those dangers. Those are two of the main takeaways from thousands of internal Facebook documents that NPR and other news outlets have reviewed.

The documents, known collectively as the Facebook Papers, were shared in redacted form with Congress after whistleblower Frances Haugen, a former Facebook product manager, disclosed them to the Securities and Exchange Commission.

Haugen alleges that the trove of statements and data prove that Facebook’s leaders have repeatedly and knowingly put the company’s image and profitability ahead of the public good — even at the risk of violence and other harm.

Some of the internal documents initially emerged last month in The Wall Street Journal. They include internal research findings and internal audits that the company performed on its own practices.

Here are four main takeaways from news outlets’ review of the documents:

When then-President Donald Trump’s supporters mounted an insurrection at the U.S. Capitol on Jan. 6, Facebook rushed to take technical measures that aimed to clamp down on misinformation and content that might incite further violence. The next day, it banned Trump from the platform — at first temporarily, but then permanently.

In the weeks leading up to the violence, Facebook worked to defuse vitriol and conspiracy theories from Trump voters who refused to accept his defeat. As NPR’s Shannon Bond and Bobby Allyn have reported, the company repeatedly shut down groups affiliated with the “Stop the Steal” movement. But those groups were attracting hundreds of thousands of users, and Facebook was unable to keep pace as the conspiracists regrouped.

The post-election turmoil put a quick end to the relief many at Facebook felt on Nov. 3, when the U.S. election played out mostly peacefully, and without inklings of foreign meddling.

But then came Jan. 6 — and as the assault on the Capitol riveted and horrified audiences in the U.S. and elsewhere, Facebook employees aired their frustration and anger.

“We’ve been fueling this fire for a long time and we shouldn’t be surprised it’s now out of control,” one employee wrote on an internal message board, the documents show.

“Hang in there everyone,” Mike Schroepfer, Facebook’s chief technology officer, wrote on a message board, calling for calm as he explained the company’s approach to the riot, according to the documents.

In response to Schroepfer’s message, Facebook employees said it was too little, too late.

“I came here hoping to effect change and improve society, but all I’ve seen is atrophy and abdication of responsibility,” one commenter said, according to the documents.

In a statement to NPR, Facebook spokesman Andy Stone said Facebook did not bear responsibility for the Capitol siege.

“The responsibility for the violence that occurred on January 6 lies with those who attacked our Capitol and those who encouraged them,” Stone said.

Content standards were contorted, often out of fear of riling high-profile accounts

One of the earliest revelations from the internal documents was the detail they provide about Facebook’s separate set of content standards for high-profile accounts, such as those for Trump, or for celebrities.

During Trump’s presidency, he regularly made false and inflammatory statements about a wide range of matters. But only a small handful were removed by Facebook, as when the then-president made dangerous claims like saying COVID-19 was less dangerous than the flu, or stating that children were “almost immune from this disease.”

Facebook has previously defended its approach to such controversial and misleading statements, saying politicians like Trump should be allowed to say what they believe so the public knows what they think. Facebook CEO Mark Zuckerberg has also repeatedly insisted that Facebook is merely a platform, not the “arbiter of truth.”

But the documents suggest Facebook’s policy of treating influential people differently — codified in a VIP system called XCheck — was created in large part to prevent a public-relations backlash from celebrities and other high-profile users.

The entire premise of the XCheck system, the Journal‘s Jeff Horwitz told NPR last month, “is to never publicly tangle with anyone who is influential enough to do you harm.”

Facebook’s own oversight board sharply criticized the program last week, saying the company has not been forthcoming enough about its varying standards for content moderation.

A Facebook spokesperson told NPR in a statement that the company asked the board to review the program because it aims “to be clearer in our explanations to them going forward.”

For much of the past decade, senior citizens have been the fastest-growing U.S. demographic on Facebook — a dramatic turnabout for a company whose founding mystique rests on the image of a hoodie-wearing coder creating a space for college kids to connect.

During the same time span, Facebook has seen younger people become less likely to join the site. It’s a worrying trend for the company — Facebook insiders got an update on that trend this year, in an internal presentation that is reflected in the documents.

“Most young adults perceive Facebook as a place for people in their 40s and 50s,” the company’s researchers said, according to The Verge. “Young adults perceive content as boring, misleading, and negative. They often have to get past irrelevant content to get to what matters.”

Along with that stumbling block, young users were found to have negative views of Facebook due to privacy concerns, and its potential “impact to their wellbeing,” The Verge reports.

Haugen has previously leaked a Facebook study that found that 13.5% of U.K. teen girls in a survey said their suicidal thoughts became more frequent after they joined Instagram.

“It is clear that Facebook prioritizes profit over the well-being of children and all users,” Sen. Marsha Blackburn, R-Tenn., said during a Senate hearing this month in which Haugen testified.

While much of the focus on Facebook here in the U.S. has to do with its role in enabling and intensifying political divisions, the documents also fault the company for its activities in numerous other countries.

The documents portray Facebook as failing to deal with a number of social and language complexities stemming from its more than 2.8 billion users worldwide. The results have been especially dangerous and harmful in countries where unrest or rights abuses are common, the documents state.

“Two years ago, Apple threatened to pull Facebook and Instagram from its app store over concerns about the platform being used as a tool to trade and sell maids in the Mideast,” the Associated Press says.

The company routinely struggles with posts and comments in Arabic, both on its main platform and on Instagram, according to the documents. Arabic is one of the world’s most widely spoken languages, but its many dialects are highly distinct from each another.

Facebook “doesn’t have anyone who can speak most of them or can understand most of them in terms of sort of the vernacular,” Horwitz told NPR. “And it also doesn’t have a system to route content in those dialects to the right people.”

The problem extends beyond Arabic and has a wide range of effects.

“In countries like Afghanistan and Myanmar, these loopholes have allowed inflammatory language to flourish on the platform,” the AP reports, “while in Syria and the Palestinian territories, Facebook suppresses ordinary speech, imposing blanket bans on common words.”

As similar stories emerged over the weekend about India and Ethiopia, Facebook said that it has more than 40,000 people “working on safety and security, including global content review teams in over 20 sites around the world reviewing content in over 70 languages.” 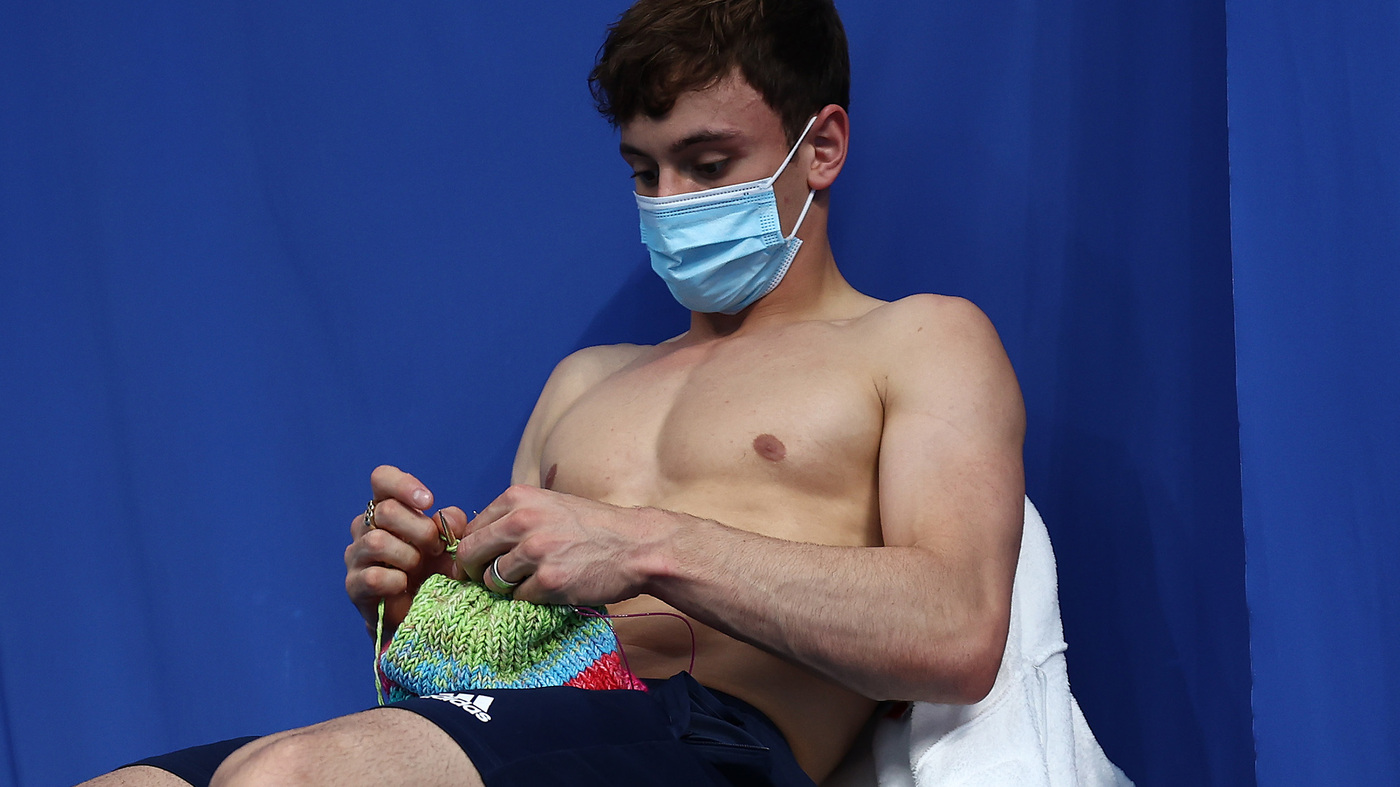