WASHINGTON — President Biden’s aggressive move to expand the number of vaccinated Americans and halt the spread of the Delta variant is not just an effort to save lives. It is also an attempt to counter the continuing and evolving threat that the virus poses to the economy.

Delta’s rise has been fueled in part by the inability of Mr. Biden and his administration to persuade millions of vaccine-refusing Americans to inoculate themselves against the virus. That has created another problem: a drag on the economic recovery. Real-time gauges of restaurant visits, airline travel and other services show consumers pulled back on some face-to-face spending in recent weeks.

After weeks of playing down the threat that a new wave of infections posed to the recovery, the president and his team blamed Delta for slowing job growth in August. “We’re in a tough stretch,” he conceded on Thursday, after heralding the economic progress made under his administration so far this year, “and it could last for a while.”

The virus threatens the recovery even though consumers and business owners are not retrenching the way they did when the coronavirus began to spread in the United States in the spring of 2020. Far fewer states and cities have imposed restrictions on business activity than in previous waves, and administration officials vowed on Thursday that the nation would not return to “lockdowns or shutdowns.”

But a surge in deaths crippled consumer confidence in August and portends a possible chill in fall spending as people again opt for limited in-person commerce. The unchecked spread of the virus has also contributed to a rapid drop in the president’s approval ratings — even among Democrats.

The explosion of new cases and deaths also appears to have deterred many would-be workers from accepting open jobs in businesses across the country, economists say. That comes as businesses and consumers are complaining about a labor shortage and as administration officials pin their hopes on rising wages to power consumer spending in place of fading government support for distressed families.

The plan Mr. Biden announced on Thursday would mandate vaccinations for federal employees and contractors and for millions of health care workers, along with new Labor Department rules requiring vaccines or weekly tests for employees at companies with more than 100 employees. It would push for more testing, offer more aid to small businesses, call on schools to adopt vaccine requirements and provide easy access to booster shots for eligible Americans. The president estimated the requirements would affect 100 million Americans, or about two-thirds of all workers.

“We have the tools to combat the virus,” he said, “if we can come together and use those tools.”

Mr. Biden faces political risks from his actions, which drew swift backlash from many conservative lawmakers who accused him of violating the Constitution and abusing his powers.

But administration officials have always viewed vaccinating more Americans as the primary strategy for reviving the recovery.

“This is an economic downturn that has been spawned from a public health crisis,” Cecilia Rouse, the chairwoman of the White House Council of Economic Advisers, said last month in an interview. “So we will get back to economic health when we get past the virus, when we return to public health as well.”

That is likely true even in places that already have high inoculation rates. Mr. Biden’s inability thus far to break through vaccine hesitancy, particularly in conservative areas, has also become a psychological spending drag on those in highly vaccinated areas. That is because vaccinated Americans appear more likely to pull back on travel, dining out and other activity out of fear of the virus.

“People who vaccinate themselves very early are people who are already very careful,” said Jesús Fernández-Villaverde, a University of Pennsylvania economist who has studied the interplay between the pandemic and the economy. “People who do not vaccinate themselves are less careful. So there is a multiplier effect” when it comes to those kinds of decisions.

The economic effect from the virus varies by region, and it has changed in key ways over the course of the pandemic. In some heavily vaccinated parts of the country — including liberal states packed with Mr. Biden’s supporters — virus-wary Americans have pulled back on economic activity, even though infection rates in their areas are low. In some less-vaccinated states like Texas that have experienced a large Delta wave, data suggest rising hospitalization and death rates are not driving down activity as much as they did in previous waves.

“It appears the latest Covid surge has been less impactful on the economy than previous surges in Texas,” said Laila Assanie, a senior business economist at the Federal Reserve Bank of Dallas, which surveys employers in the state each month about their activity during the pandemic.

Business owners, Ms. Assanie said, “said they were better prepared this time around.”

Respondents to the survey said consumer spending had not fallen off as much this summer, compared with the initial spread of the coronavirus in March 2020 or a renewed spike last winter, even as case and hospitalization rates neared their previous peak from January. But many employers reported staffing pressures from workers falling ill with the virus. The share of businesses reporting that concerns about the pandemic were an impediment to hiring workers tripled from July to August.

Data from Homebase, which provides time-management software to small businesses, show that employment in entertainment, dining and other coronavirus-sensitive sectors has fallen in recent weeks as the Delta variant has spread. But the decline is smaller than during the spike in cases last winter, suggesting that economic activity has become less sensitive to the pandemic over time. Other measures likewise show that economic activity has slowed but not collapsed as cases have risen.

That trend has helped bolster overall consumer spending and hiring in the short term and helped keep the economy on track for its fastest annual growth in a quarter century. But there is a risk that it will be undercut by a continued pandemic dampening of labor force participation. Economists who have tracked the issue say that even if consumers have grown more accustomed to shopping or dining out as cases rise, there is little sign that would-be workers, even vaccinated ones, have become more accepting of the risks of returning to service jobs as the pandemic rages.

“It’s becoming increasingly clear that employers are eager to hire,” said Andrew Atkeson, an economist at the University of California at Los Angeles who has released several papers on the economics of the pandemic. “The problem is not that people aren’t spending. It’s that people are still reluctant to go back to work”

The Delta wave also appears to be sidelining some workers by disrupting child care and, in some cases, schools — forcing parents to take time off or to delay returning to jobs.

Some forecasters believe the combination of rising vaccination rates and a growing share of Americans who have already contracted the virus will soon arrest the Delta wave and set the economy back on track for rapid growth, with small-business hiring and restaurant visits rebounding as soon as the end of this month. “Now is the time to start thinking about the post-Delta world,” Ian Shepherdson, the chief economist at Pantheon Macroeconomics, wrote in a research note this month.

Other economists see the possibility that a continued Delta wave — or a surge from another variant in the months to come — will substantially slow the recovery, because potential workers in particular remain sensitive to the spread of the virus.

“That’s a very real danger,” said Austan Goolsbee, a former head of the Council of Economic Advisers under President Barack Obama whose research earlier in the pandemic showed fear, not government restrictions, was the driving force behind lost economic activity from the virus.

The greatest lift to the country, and likely to Mr. Biden’s popularity, from finally curbing the virus would not be regained business sales or jobs created. It would be stemming a death toll that has climbed to about 650,000 since the pandemic began.

“I always tell undergraduates, when they take economics with me, that economics is not about optimizing output,” said Mr. Fernández-Villaverde, the University of Pennsylvania economist. “It’s about optimizing welfare. And if you’re dead, you’re not getting a lot of welfare.” 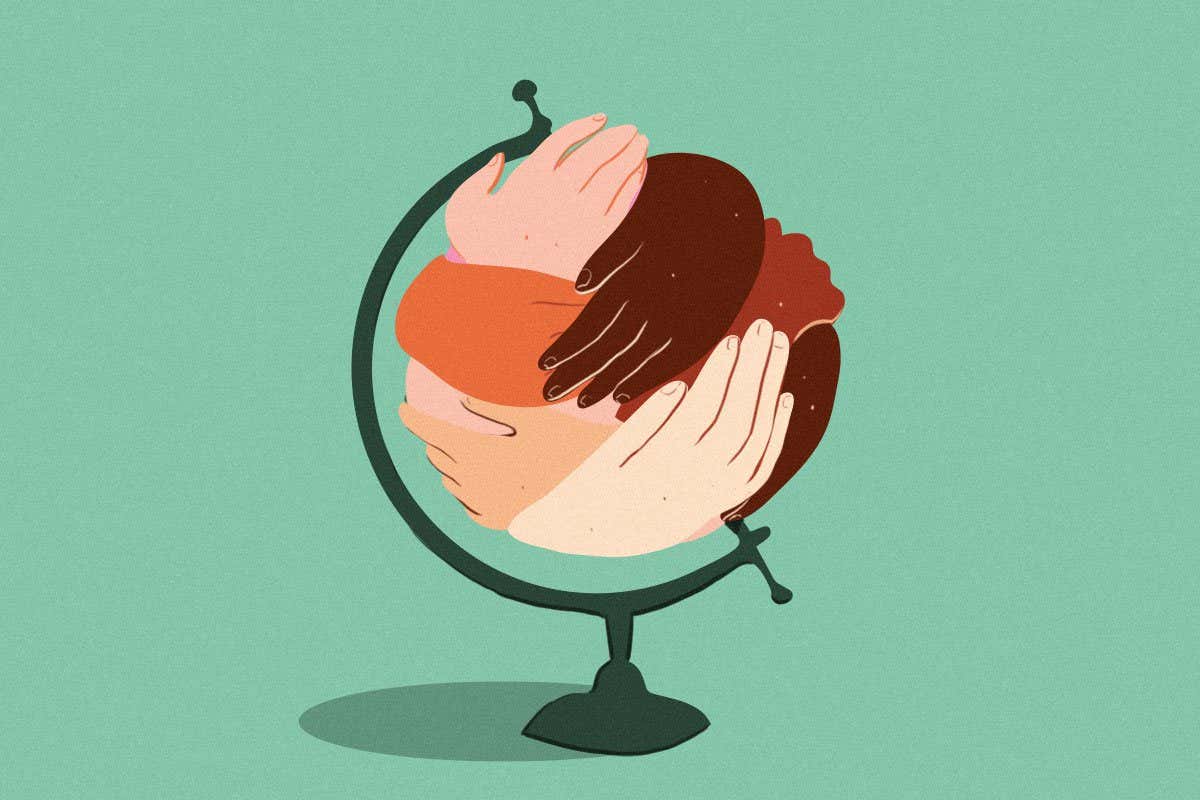 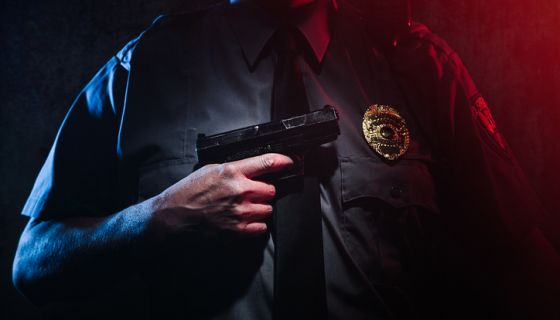 F 12: Jefferson Parish Cop Seen Slamming Black Woman And Ripping Her Braids Out AFTER She Was Attacked By Group Of Boys
6 mins ago