WASHINGTON — A federal judge heard arguments on Friday from the State of Texas and the federal government on whether a Texas law that bans nearly all abortions in the state should be suspended while the courts decide if it is legal.

At issue is a restrictive abortion law that Texas enacted in September that uses a unique legal approach — deputizing private citizens to enforce it, instead of the state. The law, also known as the Texas Heartbeat Act and Senate Bill 8, has had a chilling effect, with most of the state’s roughly two dozen abortion clinics no longer offering abortion services in cases in which cardiac activity is detected, which usually begins at around six weeks of pregnancy.

The Justice Department sued Texas last month over the law. Attorney General Merrick B. Garland called the enforcement mechanism “an unprecedented” effort to prevent women from exercising their constitutionally protected right to have an abortion. He said that no matter their stand on abortion, Americans should fear that the Texas law could become a model to restrict other constitutionally protected rights.

At the hearing on Friday, before Judge Robert L. Pitman, a Federal District Court judge in Austin, William T. Thompson, a lawyer for the State of Texas, asserted that the federal government had no grounds to be arguing the case, because the law did not harm it.

“If the Texas Heartbeat Act actually, you know, created a liability for the federal government, there would be at least a potential injury there that would be worth litigating,” Mr. Thompson said. “But the Heartbeat Act doesn’t do that.”

While Senate Bill 8 was passed by the Texas Legislature and signed into law by Gov. Greg Abbott, a Republican, it is to be enforced by private citizens filing civil lawsuits. Those private parties are entitled to $10,000 and their legal fees recovered if they successfully sue those who aid in an abortion that is restricted under the statute.

That makes the law in Texas unique from ones restricting access to abortion that have been passed in other states, all of which have been suspended while they work their way through the court system. Last month, the Supreme Court, largely on procedural grounds, rejected a request by abortion clinics to suspend the Texas law, but made clear that the law could still be challenged on constitutional grounds.

The state has argued in a court filing that civil suits brought by private citizens under the new law in Texas State courts were the “proper cases for deciding the constitutionality of the challenged statute.” Few such suits have been filed so far.

Brian Netter, a lawyer for the Justice Department, argued on Friday that, contrary to Texas’ claims, Senate Bill 8 did directly harm the federal government because it violated the constitutional principal that federal law took precedence over state law if a conflict arose between the two.

He said that the federal government also had to challenge the law because it effectively deprived a group of citizens a constitutional right. Abortion gained federal protection in 1973, in a landmark Supreme Court decision, Roe v. Wade.

Mr. Netter argued that the structure of the law amounted to incentivizing “vigilante bounty hunters.”

Mr. Thompson disputed that characterization. “This is not some kind of vigilante scheme as opposing council suggests,” he said, adding that the law “uses the normal and lawful process of justice in Texas.”

Citizens, not the state, will enforce the law. The law effectively deputizes ordinary citizens — including those from outside Texas — allowing them to sue clinics and others who violate the law. It awards them at least $10,000 per illegal abortion if they are successful.

“We’re always directed to look for people with responsibility for enforcement, and so can you help me by identifying those people who you believe would be proper?” he asked.

Mr. Thompson responded that the Texas Legislature “expressly prohibited public officials at any level of Texas or local government from enforcing it. And so I don’t think there is someone I can identify for the court because I don’t think any such person exists.”

Mr. Netter argued that the private citizens who would potentially sue were effectively state actors. “This is not a case in which an individual is coming into court because something has happened to him or her,” he said. “The supposed wrong here is Texas’ belief that abortions after six weeks are wrong.”

Mr. Thompson pushed back against that argument.

“We don’t think that the private plaintiffs are put in the shoes of the state,” he said.

Mr. Netter suggested Texas was being disingenuous in its defense of the law.

“The state’s pitch is, this is all just ordinary, but I think we all know that’s not the case,” he said. 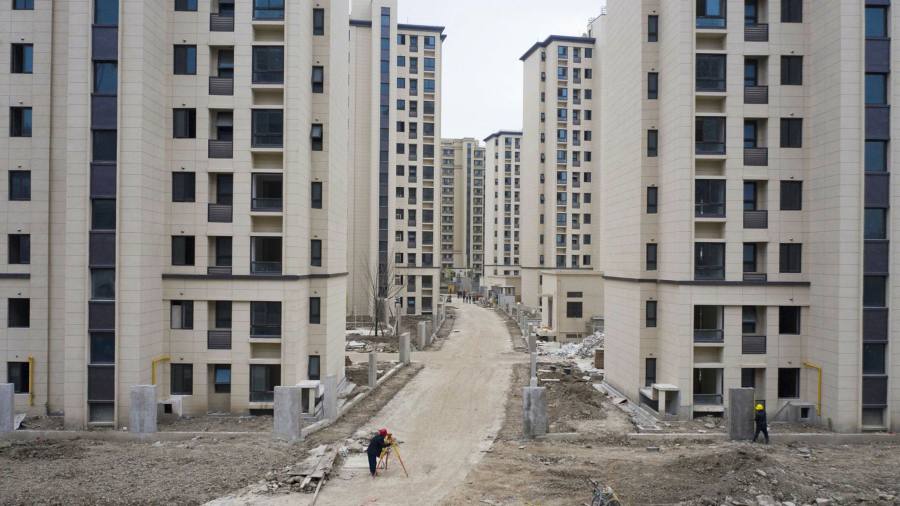 Covid-19 news: All UK adults to be offered boosters to tackle omicron
2 mins ago

#VStrongBaby: The next generation of cancer fighters have Dick Vitale as inspiration
3 mins ago