There are just over six weeks left until the New York City mayoral primary election, and the race for the Democratic nomination is very much in flux.

One poll, released last week, showed Eric Adams, the Brooklyn borough president, in the lead for the first time. Scott M. Stringer, the city comptroller, continues to face questions over allegations of sexual misconduct against him.

Andrew Yang, the former presidential candidate, has responded to concerns about his record as a nonprofit leader and his ties to Bradley Tusk, a wealthy lobbyist.

The coming weeks could see further movement as candidates roll out their first ads, appear in the first major debate on Thursday and try to raise their profile with plans to address — and celebrate — the city’s post-pandemic re-emergence.

Here is what you need to know:

Ms. Wiley proposed a “Grand Reopening” festival in all five boroughs in September to “showcase all that the city has to offer.” It would have elements of the Feast of San Gennaro, Mardi Gras and the World’s Fair, she said. Subways and buses would be free for the week.

Mr. Yang has a similar idea. On the popular “Armchair Expert” podcast last month, he said he would hold “the biggest post-Covid celebration in the country.”

“I’m going to ask my friend Dave Chappelle to headline it,” he said.

Mr. Chappelle, the comedian, endorsed Mr. Yang in the presidential race, and Mr. Yang introduced him at a recent performance at the Stand club in Manhattan that helped mark the return of live comedy in the city.

Ms. Wiley also called for spending $100 million on a “creative economy recovery program” that would provide grants to artists and performers.

Other candidates have offered their own proposals to boost tourism and the arts: Mr. Stringer wants to create a “New York, New Day” advertising campaign; Kathryn Garcia, the former sanitation commissioner, wants to livestream Broadway and Off Broadway shows to make theater more accessible.

Suddenly, everyone is saying ‘comeback’

Don’t call it a comeback — unless you are running for mayor of New York.

More and more candidates in the crowded field are using the phrase to describe how they plan to help the city recover from the pandemic. But not everybody is happy about it.

A group called Comeback PAC is supporting Mr. Yang, who has focused his campaign on bringing hope and optimism to the city after the pandemic.

“From day one he’s been the comeback candidate,” said Lis Smith, executive director of the PAC.

Mr. Stringer is likewise using the phrase to describe his plans for the city — and to refer to his campaign after the allegations of sexual misconduct emerged.

In introducing his television ad, Mr. Stringer wrote on Twitter that he’d “be ready to lead our city to its greatest comeback.” Days after the allegation surfaced, Mr. Stringer was asked about the future of his campaign.

One candidate upset about the increased use of the phrase is Raymond J. McGuire, a former Wall Street executive who has said frequently that he wants to lead the “most inclusive comeback” in city history.

L. Joy Williams, one of Mr. McGuire’s senior advisers, criticized Mr. Stringer’s use of the phrase, which of course cannot be copyrighted.

Ms. Smith said it makes sense that candidates are gravitating to the phrase.

“It’s something that meets the moment,” she said.

If spending on ads wins elections, it hasn’t been a factor (yet)

For a city awash in deep-pocketed donors, the money spent so far on advertising in the mayor’s race has been relatively modest: The total outlay from the race’s eight major candidates is still only about $12 million, according to AdImpact, an advertising analytics firm, including political action committees.

In 2013, the last time the city had an open race for the top job, a similarly sprawling field spent earlier and more often. All told, campaign spending on the 2013 mayor’s race was about $60 million, according to the city’s campaign finance board, with independent expenditure groups spending about $8 million.

The biggest spending thus far in this race has been on behalf of two candidates — Shaun Donovan, a former secretary of housing and urban development, and Mr. McGuire — who have not yet broken through with the electorate; both are polling in the single digits, though the race itself has seen few robust opinion surveys.

But that may change soon. On Thursday, Mr. Yang unveiled his first TV ad, titled “Hope,” depicting the candidate rushing — and dancing — across the city looking for votes. (The final image in the ad, of Mr. Yang on the Cyclone roller coaster at Coney Island, could prove prophetic for the stomach-churning final six weeks of the campaign.)

As indicated by its title, as well as the candidate’s generally happy-go-lucky persona, Mr. Yang’s first ad leans into the positive. “I’m sick and tired of hearing what we cannot do, New York City,” he says in the spot.

Mr. Adams also unveiled his first TV ad on Thursday, part of a six-figure cable television blitz. It emphasizes the candidate’s blue-collar image, highlighting his past as a police officer — and as a victim of police brutality.

“These hands have seen rough times,” Mr. Adams says in the ad. “And I’ve got the calluses to prove it.”

If there’s a similar theme running through much of the advertising thus far, it’s that New York needs urgent help — and a change from the leadership of Mr. de Blasio, something articulated in a recent ad paid for by New Start N.Y.C., a PAC backing Mr. Donovan. His father, Michael Donovan, has poured millions into supporting his son, including through New Start N.Y.C.

“Only one candidate has the right experience to fix Bill de Blasio’s mess,” the ad intones. “Democrat Shaun Donovan.”

Stringer held on to a key endorsement, by one vote

In the days since a campaign volunteer accused Mr. Stringer of sexual misconduct during a race 20 years ago, he has lost a string of endorsements from progressive groups he had spent years courting.

But he has vehemently denied the allegations, and many of his supporters have stood by him despite mounting political pressure.

On Thursday, the Stonewall Democratic Club of New York City, a prominent L.G.B.T. political organization, said it would not withdraw the endorsement it had given Mr. Stringer just two weeks earlier.

But the decision was hardly an unqualified show of support: In a statement, the group said that Mr. Stringer had held on to its endorsement by just one vote.

Under the organization’s rules, two-thirds of its members would have needed to agree to pull the endorsement in an emergency vote. So even though a majority of the club’s members wanted to withdraw support, that faction fell short.

The club’s decision further exposed a rift among Democrats over how to view the allegations against Mr. Stringer, who has a longstanding relationship with the group.

It also highlighted the challenges Mr. Stringer will face as he tries to maintain a coalition to back his mayoral bid. After the club’s vote, several members quit the organization in protest, including Brian Romero, who was its executive vice president.

“I believe survivors. I believe women,” said Mr. Romero on Twitter. “I won’t enable the upholding of white cispatriarchy which harms so many each day.”

When Abner Louima was sexually assaulted in 1997 by a police officer in a Brooklyn station house, he became a national symbol of police brutality.

He became friends with Mr. Adams, then a New York City police officer, who supported Mr. Louima as he sought accountability for the officers who were involved.

“I know Eric Adams, and I know the work that he’s been doing,” Mr. Louima said.

Mr. Adams has said he was beaten by the police as a teenager, which inspired him to join the department to change it from the inside. He became a captain and led a group called 100 Blacks in Law Enforcement Who Care.

Mr. Adams also received an endorsement from William Bell, the father of Sean Bell, a young Black man who was killed in a hail of 50 police bullets in 2006. Mr. Bell said Mr. Adams was the only candidate “who can truly bring reform to the N.Y.P.D.”

Mr. Adams has called for police reforms like making faster decisions over firing officers accused of misconduct and disclosing an internal list of officers with records of complaints. But he has not embraced calls to significantly cut the police budget, a position popular with some progressive groups. 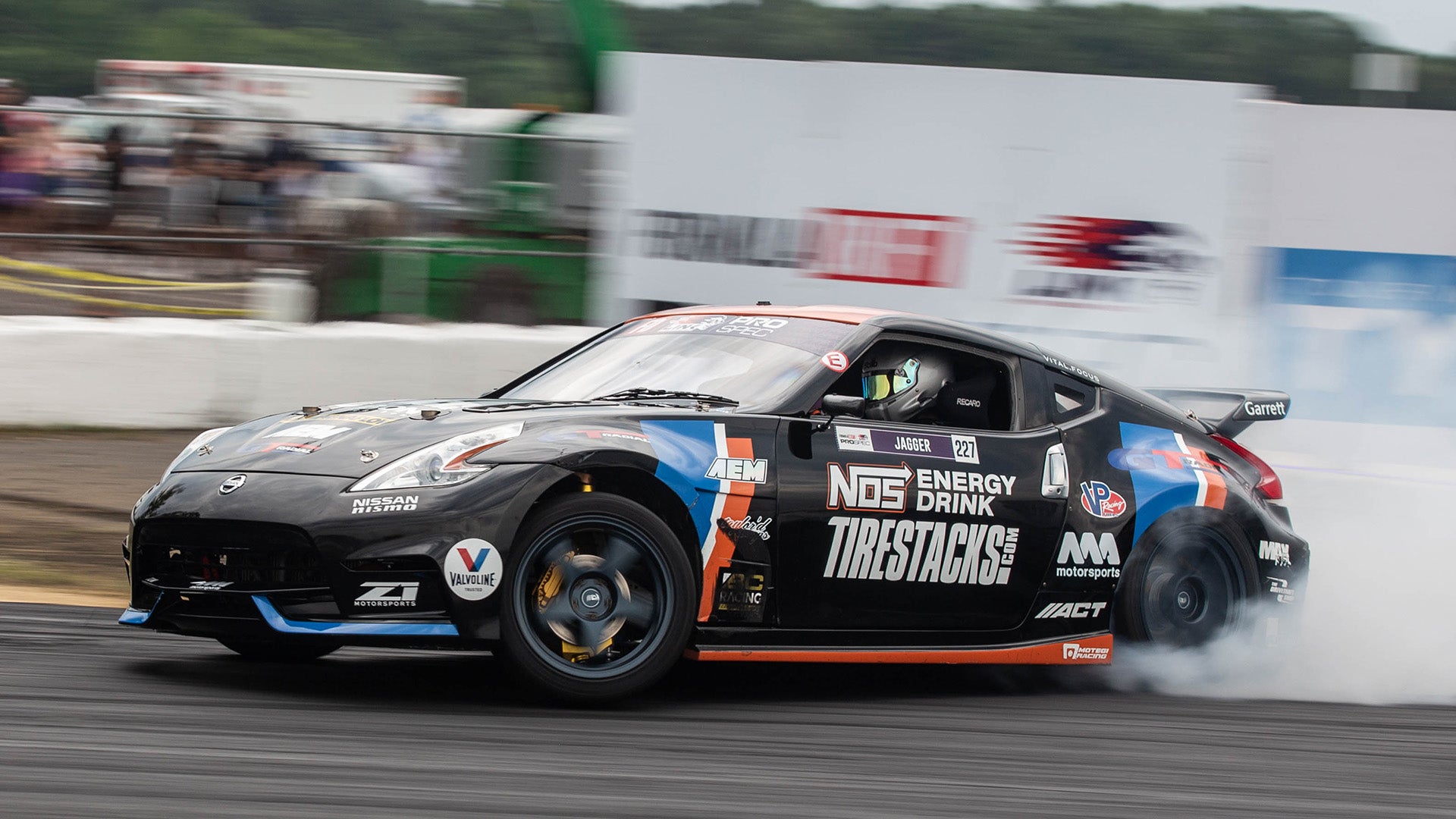 The Best Gifts for Automotive Photographers
3 mins ago

The Best Gifts for Automotive Photographers