SANDWICH, England — After ripping his driver and then getting ripped right back by a representative from Cobra Golf, Bryson DeChambeau issued an apology Thursday, saying he was “unprofessional” and that his emotions got the best of him after a bad first round at The Open.

After his round, DeChambeau was asked if he actually felt good about his 1-over-par 71 after hitting just four of 14 fairways at Royal St. George’s.

“That’s what I said a couple of days ago; if I can hit it down the middle of the fairway, that’s great, but with the driver right now, the driver sucks.”

That comment from the eight-time PGA Tour winner drew the ire of Ben Schomin, a tour operations manager for Cobra Golf who caddied for DeChambeau at the Rocket Mortgage Classic two weeks ago.

“It’s just really, really painful when he says something that stupid,” Schomin told Golfweek after he was informed Thursday about DeChambeau’s comments. “He has never really been happy, ever. Like, it’s very rare when he’s happy.”

Added Schomin, who is not at The Open: “I know that if I got him cornered right now and said, ‘What the hell did you say that for?’ he would say that he was mad. He really didn’t mean to say it that harshly. He knows how much everyone bends over backwards for him, but it’s still not cool.”

“The comment I made in my post round interview today was very unprofessional,” DeChambeau said in his statement. “My frustration and emotions over the way I drove the ball today boiled over. I sucked today, not my equipment. Cobra and I have worked together for over five years and they are some of the hardest working people in [the] golf industry and make an incredible product. Their team is like family to me, especially Ben Schomin, who has been there for me every step of the way since I started my career.

“I deeply regret the words I used earlier. I am relentless in pursuit of improvement and perfection. Part of that causes me to become outwardly frustrated at times. With the new speeds I am obtaining, my game is a constant work in progress and so is controlling my emotions.”

DeChambeau suggested after Thursday’s round that this has been occurring for years and that it’s not just a problem with the Cobra driver he is now using — and for which he appears in one of the company’s ad campaigns.

“This has happened since 2016-17 when players stopped drawing it (hitting drives that curve to the left for a right-handed player),” DeChambeau said. “There’s not very many golfers that draw it anymore. It’s not because of spin rate. Everybody thinks it’s — we’re at 2,000 [rpm], 1,800 spin or whatever. It’s not.

“It’s literally the physics and the way that they build heads now. It’s not the right design, unfortunately, and we’ve been trying to fix it [without the] results yet.”

DeChambeau’s golf game is built around his well-chronicled weight and fitness gains coupled with incessant tweaking of his equipment.

“Everybody is looking for a magic bullet,” Schomin told Golfweek. “Well, the magic bullet becomes harder to find the faster you swing and the lower your loft gets.”

DeChambeau seemed to be in waist-high rough all day but still managed to hit 11 greens in regulation. On the back nine, he birdied three straight holes to get under par, then bogeyed two of the next three, undoubtedly leading to frustration — and his post-round comments.

The 2020 U.S. Open winner lamented his inability to get the ball in the short grass, which would allow him to more easily hit precise shots to the green — a predicament all the players face.

“It’s quite finicky for me because it’s a golf course that’s pretty short (7,189 yards). And so, when I hit driver and it doesn’t go in the fairway, it’s first cut [of rough] or whatever, or it’s in the hay, it’s tough for me to get it out onto the green and control that,” DeChambeau said. “Like, once in the middle of the fairway, like, I had it on 18, I was able to hit a nice shot to 11 feet and almost made birdie. It’s kind of living on the razor’s edge.” 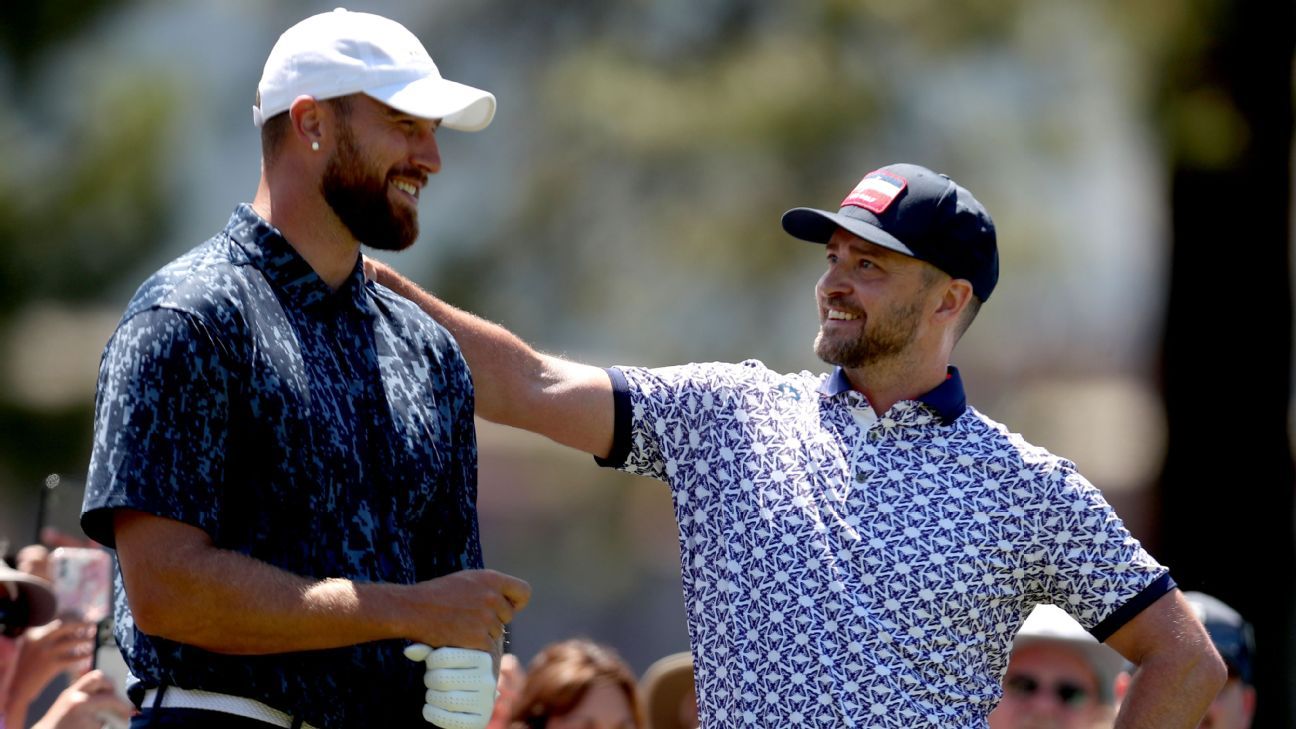 Fisker Ocean Will Finally Debut at the LA Auto Show