In Jackson’s first preseason game, he saw starting running back J.K. Dobbins take a shot to his left knee on a screen pass before getting carted off the field with a season-ending torn ACL.

Then, four days before the regular-season opener, Jackson was on the practice field when running back Gus Edwards tore his ACL, which ended the season for the newly appointed starter.

All the buzz this summer has been about whether the NFL has figured out Jackson. But as the Ravens open the season on Monday Night Football (8:15 p.m. ET, ABC/ESPN) against the Las Vegas Raiders, Jackson is trying to figure out who’s lining up around him.

With so many players going down, does Jackson feel more pressure to carry the team?

“No, I’m always going to try to do more, regardless of the fact,” Jackson said.

This had been billed as the year in which Jackson has no excuses and needs to take the Ravens’ passing game to the next level. The supporting cast was considered the strongest in his four NFL seasons.

But with reduced time to build chemistry with his receivers, some wondered whether Jackson would run the ball more. Others speculated Jackson would need to throw the ball more because his top two rushers from last year were gone.

What everyone on the outside appears to agree upon is: Jackson has turned into a one-man show again.

“He’s the kind of guy who’s not going to ever admit that’s something he feels,” said Louis Riddick, a former NFL player and executive who is entering his second season on ESPN’s Monday Night Football broadcast team. “But the fact of the matter is, with all those questions surrounding him, he’s going to have to take his game to the next level in order to make up for what could conceivably be deficiencies. He’s just going to have to.

“If they want to take the next step — get to the title game and get to the Super Bowl — of course he’s going to have to. He knows that.”

With no established No. 1 wide receiver and a rotation of starting running backs, Jackson has led the Ravens on a regular-season roll that’s unmatched by any quarterback over the past three seasons. Not Patrick Mahomes. Not Josh Allen. Not Tom Brady. Jackson is the winningest quarterback in the NFL — a record of 30-7 — since taking over as the Ravens’ starter midway through the 2018 season. Baltimore has scored more points than any other team in the league in Jackson’s two full seasons as a starter.

But the Ravens understand they beat the odds last season, when they became the first team in 17 years to reach the postseason after finishing last in passing, according to ESPN Stats & Information research.

Jackson can make tacklers look foolish in the open field, and he can beat defenses in the red zone with touchdown passes to tight end Mark Andrews. But for Baltimore to evolve, Jackson acknowledges he has to make defenses pay for crowding the middle of the field. He needs to stretch the field, throwing outside the numbers as well as deep downfield.

The need for the passing game to improve increased after the losses of Dobbins and Edwards, who combined to account for 81% of Baltimore’s rushing yards from its backs.

Baltimore’s priority this offseason was to help Jackson by upgrading his wide receivers, even though the team didn’t have much salary-cap space and drafted at the bottom of the first round. The Ravens signed Sammy Watkins in free agency and used the No. 27 overall pick on Bateman. Along with Marquise Brown — the team’s top pick in 2018 — this marked the first time in Ravens history that they had three former first-round picks at wide receiver, which was expected to accelerate the development of Jackson as a passer.

“Michael Jordan could drive, and then he learned a jump shot,” Ravens quarterbacks coach James Urban said. “So, that’s kind of how we’ve approached it. He’s not going to stop driving the lane. Michael Jordan didn’t stop driving the lane; he just learned how to shoot better and more consistently. So, we’re just learning how to, more consistently, throw the ball — and more accurately.”

The Ravens chalked up Jackson’s stunted growth in the passing game last year to the pandemic, which eliminated offseason workouts in the spring and reduced training camp. Team officials banked on the learning curve flattening with a return to a normal training camp.

That abruptly changed when Jackson was quarantined for the first 10 days of camp after testing positive for COVID-19. By the time he returned, injuries had hit the wide receiver group.

“If we’re going to pinpoint one specific area of the pass game that needs to get better, it’s going to be perimeter,” said ESPN’s Dan Orlovsky, a former NFL quarterback. “As a quarterback, when I’m throwing the ball to the perimeter, it’s more often than not going to be out of my hands before the receiver is looking for it, just because it’s got to go so far. And that all comes down to feel and rep and timing and rhythm. How can those guys get better if they’re not able to do it?

“This was a weakness heading into this season that they were hopefully going to attack, and it’s still a weakness. This is a huge, huge concern for a Super Bowl contender.”

Ravens coach John Harbaugh was asked at the end of August whether there was enough time for the wide receivers to get their rhythm with Jackson.

Bateman will miss at least the first three games on injured reserve after having groin surgery. Brown and Watkins returned to practice on Sept. 1, which was less than two weeks from the opener.

ESPN analyst Jeff Saturday, a former veteran offensive lineman, said it’s difficult to make up for lost time the closer you get to the regular season. The reps shrink significantly because teams want to save players’ legs for game day.

“All of those factors play a huge part in the development of this passing game,” Saturday said. “It’s not going to happen. Basically, what you’re going to see is what Baltimore did last season because they’re not going to be able to progress this thing like they want.”

To Jackson’s credit, he had the sharpest training camp of his career because of the time he spent before reporting to the Ravens facility. Jackson worked out with teammates in Florida and Arizona. He also was tutored by Adam Dedeaux, a throwing mechanics expert and founder of 3DQB, which has helped half of the starting quarterbacks in the NFL.

Teammates noticed Jackson threw tighter spirals in training camp. Coaches picked up on how Jackson stayed in the pocket even when he had room to take off and run.

“You can tell he’s a hard worker, tough, smart and just has an edge to him,” Ravens defensive end Calais Campbell said. “He’s just a young man, getting better each and every day. Each year, he’s going to make big leaps and become probably one of the best players to ever play the game.”

Throughout this challenging summer, Jackson has remained upbeat and playful in his media sessions. The only time he showed any disapproval was when he was asked about a comment from ESPN’s Jeremy Fowler, who said on Get Up! that some people around the league indicated this might be the year that “everybody figures out Lamar Jackson.”

It took Jackson the fewest number of games to reach 30 regular-season victories, 5,000 yards passing and 2,000 yards rushing in NFL history.

At every level of football, Jackson has been the best player. His Pop Warner videos are still going viral. Jackson was the youngest to win the Heisman Trophy at 19, and he was the youngest quarterback to win NFL MVP at 22.

Critics are quick to point out Jackson’s postseason struggles — he’s 1-3 — and his lack of consistency to make high-level throws. But Robert Griffin III, an ESPN analyst who was Baltimore’s backup quarterback the previous three seasons, doubts that defenses are close to solving Jackson.

“When teams think they’ve figured him out, they haven’t because — guess what? He doesn’t even know what he’s going to do next,” Griffin said. “He’s such an instinctual player. So the offense and the predictability of it, yeah, some have talked about it. Even Lamar has talked about it. But at the end of the day, you have to stop him. He is the offense.”

The players acknowledged last week it was deflating when the Ravens lost their third running back in a span of 12 days. But no one panicked, because Jackson has always been Baltimore’s most dangerous runner.

The Ravens have consistently expressed optimism about the passing game, even though their best wide receivers spent training camp in the training room. Why? For once, it’s not about Jackson being fast.

“He understands the game so well,” said Andrews, Jackson’s favorite target. “I think it’s so slow for him, just to be able to see things and see how the coverage kind of unfolds.”

This isn’t the first time that there’s been a narrative that the league has figured out Jackson. Many thought the Los Angeles Chargers supplied the blueprint for beating Jackson in the 2018 playoffs, when Baltimore lost 23-17. The next season, Jackson became the second unanimous NFL MVP.

Will all the chatter this year put an even bigger chip on Jackson’s shoulder?

“I would say he’s one of the most motivated people I’ve ever been around — inherently motivated,” said Urban, who is entering his fourth season as Jackson’s quarterbacks coach. “So, does that add fuel to the fire? I don’t know how much more fuel to the fire you really need. I mean, he’s a highly motivated young man who wants to achieve great things, and he works very hard at doing those things.

“So, doubt him, believe in him, think he’s great. I don’t know that he cares much about other people’s opinions, other than the people in this building.”

The opinion by many outside the Ravens’ building is, despite all the injuries that Baltimore has sustained, the Ravens will remain difficult to beat as long as Jackson is their quarterback.

“It’s kind of like the phrase: ‘With great power comes great responsibility,'” Riddick said. “He has a lot of power in his own body and in his own talent level. He has a responsibility to raise the level of everyone else and kind of make things look good when it’s bad around him. He gets that, even though he won’t admit it.”

How Being Abandoned By Her Mom Prepared Vanessa Lachey to Be a Better Parent – E! Online

Six Ways to Take the Anxiety Out of Public Speaking 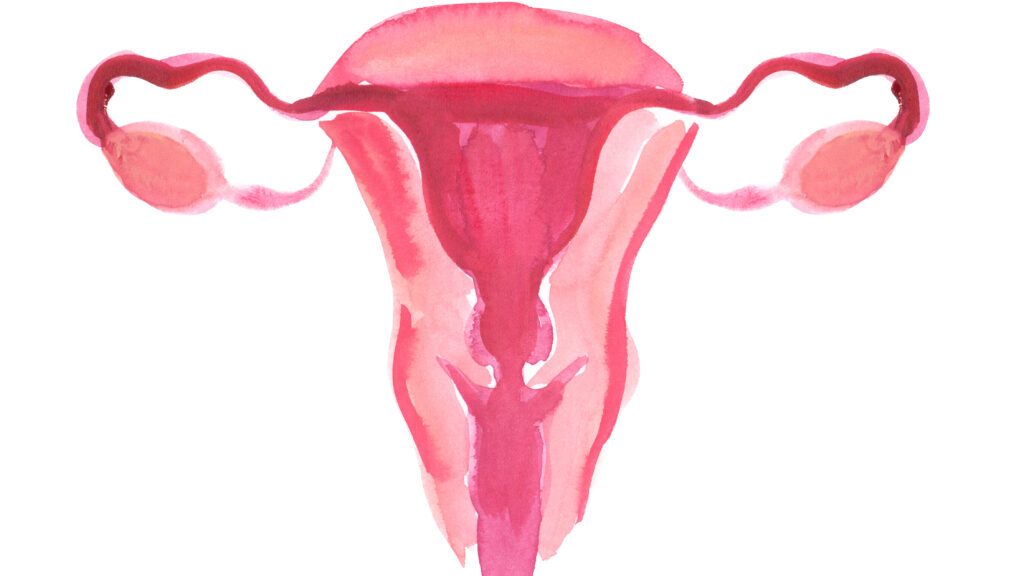 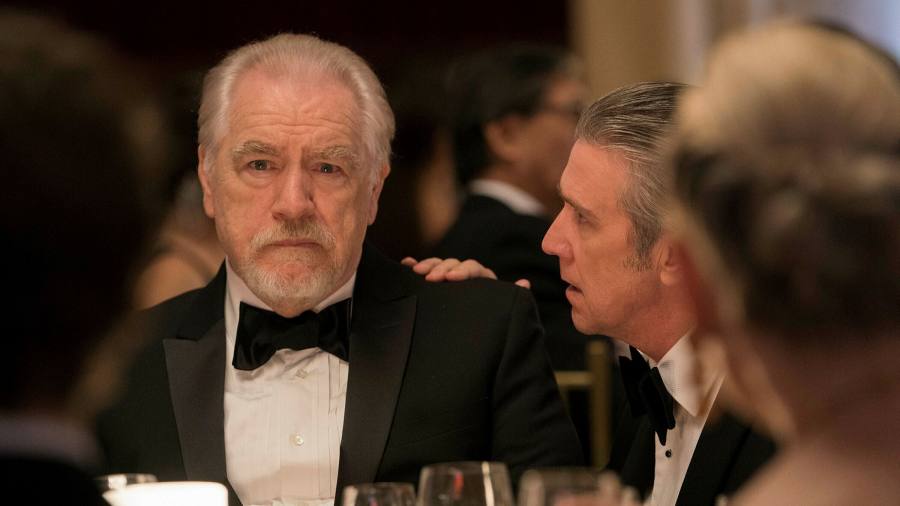 What is Waystar Royco’s true valuation?
8 mins ago

What is Waystar Royco’s true valuation?