The oldest adage in auto racing is also the sport’s greatest truth. Nothing solves a problem — more problems than you might think — like horsepower.

As the 2021 NASCAR playoffs begin Sunday at Darlington Raceway, no one has more horsepower than Kyle Larson. One year ago, no one had bigger problems.

It’s hard to remember a time when any racer has had the kind of season the 29-year-old Northern Californian has unleashed upon the American motorsports multiverse this year.

He won the NASCAR regular-season title (yes, that’s a thing, they even award a trophy for it) via a Cup Series-best five wins. His 14 top-five finishes in 24 races are nearly twice that of his closest rival in the championship standings — Martin Truex Jr. with eight — and his 1,566 laps led are also nearly doubled up on the next driver on that list, Denny Hamlin at 821.

In between day-job gigs, he also has won two dozen dirt track events, including a trio of trophies from the much-revered Chili Bowl, King’s Royal and Knoxville Nationals. On Aug. 18, he won the USAC BC39 on a dirt oval plowed into the high holy infield ground of Indianapolis Motor Speedway. IMS track owner and 18-time Indy 500 winner Roger Penske giddily declared to the crowd, “Maybe I can find a 500 driver out here tonight! What do you think? You got a name for me?”

The last column written by legendary racing journalist Robin Miller before his death last week was headlined “IndyCar must do whatever it takes to get Larson into the 2022 Indy 500” and included this quote from Larson’s childhood hero, dirt-tracker-turned NASCAR demigod Jeff Gordon: “He’s Mario Andretti. I mean, who has ever had a season like this, and it’s only half over.”

For those who make their living at the racetrack, Larson’s story is strictly about all those wins and the chance at a first NASCAR championship. But to the outside world, dropping the name Kyle Larson isn’t likely to start a conversation about racing, but rather one about race.

No one knows that better than Larson himself. Just drop his name into a search bar or scroll through his social media mentions. For the rest of his life, there will always be some percentage of his identity tied to the evening of April 12, 2020.

“The job for me now is to make sure that when that does come up, it’s a lesson for everyone,” Larson says now. “When you do something that hurts people, that shows how big a mistake can be, what do you do with that? I hope that when people remember me and what I did that they also see what I have tried to do since then.”

What he did was say the N-word during a live iRacing telecast, heard by thousands of sports fans, watching while stuck at home during the first weeks of the COVID-19 pandemic. In less than 48 hours, Larson had lost his sponsors, his Cup Series ride at Chip Ganassi Racing, and was suspended indefinitely by NASCAR.

In the 19 months since, the one they once called “Yung Money” has been aged by every measure. He has called, faced and talked with racing friends and colleagues of color, from members of his own pit crew to fellow Cup Series racer Bubba Wallace. He has apologized to young racing hopefuls who hail from all sorts of ethnicities, students of various programs who had looked up to Larson as the inspiration for their own racing dreams, a multiracial kid who graduated from NASCAR’s fledgling diversity talent identification program.

He also had to face his mother, Janet. Janet Larson (née Miyata) is of Japanese descent, a first-generation American with parents who were held in the Tule Lake, California, internment camp during World War II because they were Japanese Americans and considered threats to be more loyal to Japan than the U.S. Larson’s middle name is Miyata.

None of them let Larson off the hook. Wallace refused to return his friend’s panicked calls in the first hours after the slur was dropped, and when they did talk, he was the first to say, “You used that word way too easily.”

His mother yelled and then she cried. When he traveled to Philadelphia to visit with the Urban Youth Racing School — a program he had worked with for years, even having students posing with him in Dover’s Victory Lane — the school’s husband-and-wife founders, Anthony and Michelle Martin, kept him there all day. He received an unvarnished, two-hour lesson from Mrs. Martin on the history of race in America and then met with each Urban Youth Racing School student individually to talk about what he did and what he was doing to correct the course of what happened next.

As part of his rehab-to-reinstatement plan designed by NASCAR, he was sent to mandatory sensitivity training. He hired a diversity coach, Doug Harris of The Kaleidoscope Group, and in addition to discussions with Black racers such as Wallace, drag racer J.R. Todd and Willy T. Ribbs, he also has worked with former Olympian Jackie Joyner-Kersee and retired pro soccer player Tony Sanneh, who created a charity aimed at helping Minnesota heal after the killing of George Floyd.

They all say the same about their first meetings with Larson, that they all wanted to look into his eyes and see if his spoken remorse and promised dedication to change was real and not simply an angle being played to get back to the big leagues.

They all say they liked what they saw.

How? That’s a two-part answer. First, there is no greater motivator for any athlete than having what they love most taken away from them, no matter if that cause be Father Time, injury or a stupid mistake.

Second, Larson’s inability to compete at American racing’s highest level meant that he suddenly had nothing but time on his hands. So, he filled that calendar by going back to his dirt track roots full time, running 96 bullring events during his NASCAR suspension.

Suddenly, the man who says he spent spring 2020 finding refuge in the anonymity of wearing a mask in public was back in a community that greeted him with open arms, the way anyone might find shelter from public shame by moving back in with family. The dirt track world didn’t let him forget what he had done, but it also wanted to give him a chance to make amends.

He raced at night after spending his days visiting, apologizing and learning. He also won 46 of those 96 races. The longtime criticism on Larson as a racer was that he tended to lose long-range focus, whether over a 500-mile race or NASCAR’s grueling 10-month season. By the time 2020 had entered autumn, focus no longer seemed to be an issue.

“I was in a position to chase a win in probably 80 races or more,” he recalled Tuesday during the NASCAR playoffs media day. “I think putting yourself in a position like that, it made me a much mentally stronger driver these days. A much more experienced driver.”

Most importantly, Larson was also smiling again. Yes, horsepower can still fix most problems. But not entirely. As he continued to work toward his NASCAR reinstatement, he also started talks with Hendrick Motorsports, the team he had been rumored to one day drive for, replacing retiring Jimmie Johnson. But that was before what happened on April 12.

Larson had long talks with Gordon, about to become Rick Hendrick’s official heir at the race team. He had even longer chats with Hendrick himself, who was having his own talks with potential sponsors and especially Chevrolet, which had quickly cut ties with Larson after the racial slur.

“What impressed me about Kyle was the things he was doing above and beyond what he was asked to do by NASCAR, traveling around the country on his own to educate himself,” Hendrick said earlier this summer.

The winningest owner in NASCAR history needed the same affirmation sought by those Larson had jetted around the nation to meet with.

“I needed to see his eyes and his heart and know that he was really sincere,” Hendrick said. “Not just, this is what I have to do to race in NASCAR again. It had to be that he wasn’t afraid to tell everybody that he had done a terrible thing. That he was sorry he was going to make it right.

“Kyle told me that he is going to carry this on and build on it as time goes on. He has promised me that he is never going to let this stop. And I believe him. If I didn’t, I sure as hell wouldn’t have hired him.”

Hendrick hired him, put his own sponsorship on the car through his car dealerships as a show of support and agreed to let Larson do all the short-track racing he wanted. He has already been signed to an extension through 2023. Hendrick has also helped Larson beef up his charitable foundation, with a bolstered emphasis on supporting diversity and inclusion efforts.

Now, they are the favorites to win a NASCAR Cup Series title together. Hendrick’s 14th championship and Larson’s first would already qualify as significant auto racing history. They both hope it goes further than that.

“Kyle Larson’s success shows people that you can make a mistake, a terrible mistake, but you can also recover,” Hendrick said last month. “More importantly than that, you can grow as a person. As a human being. And you can help other people grow, too. He has done a lot of work and he has a lot of work to do, but he’s dedicated to doing it. I believe that.”

“It’s been a crazy couple of years,” he said. “But I am thankful that I am in the opportunity I’m in now.” 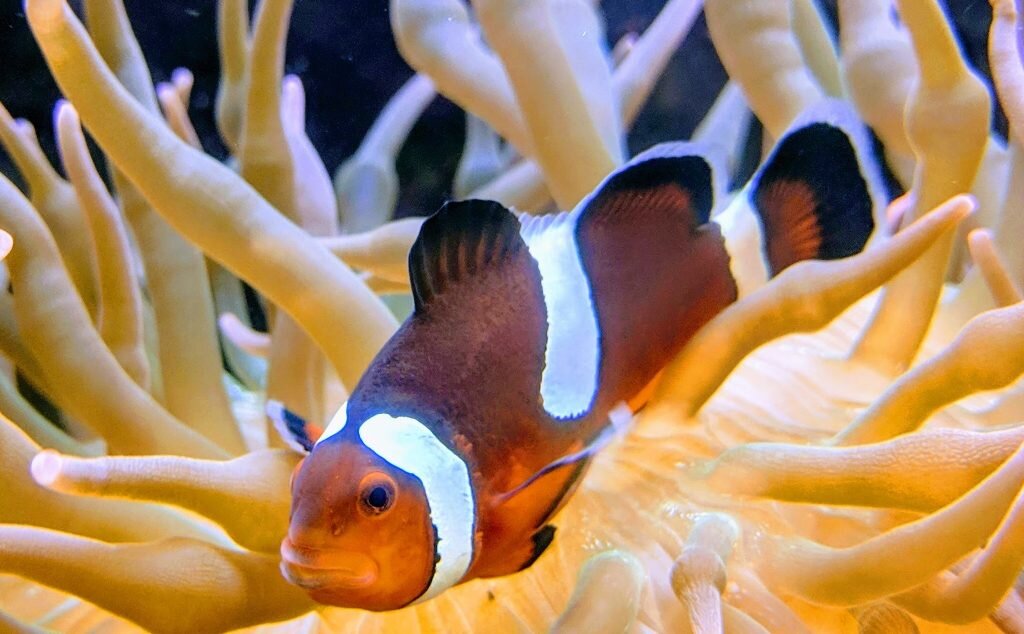 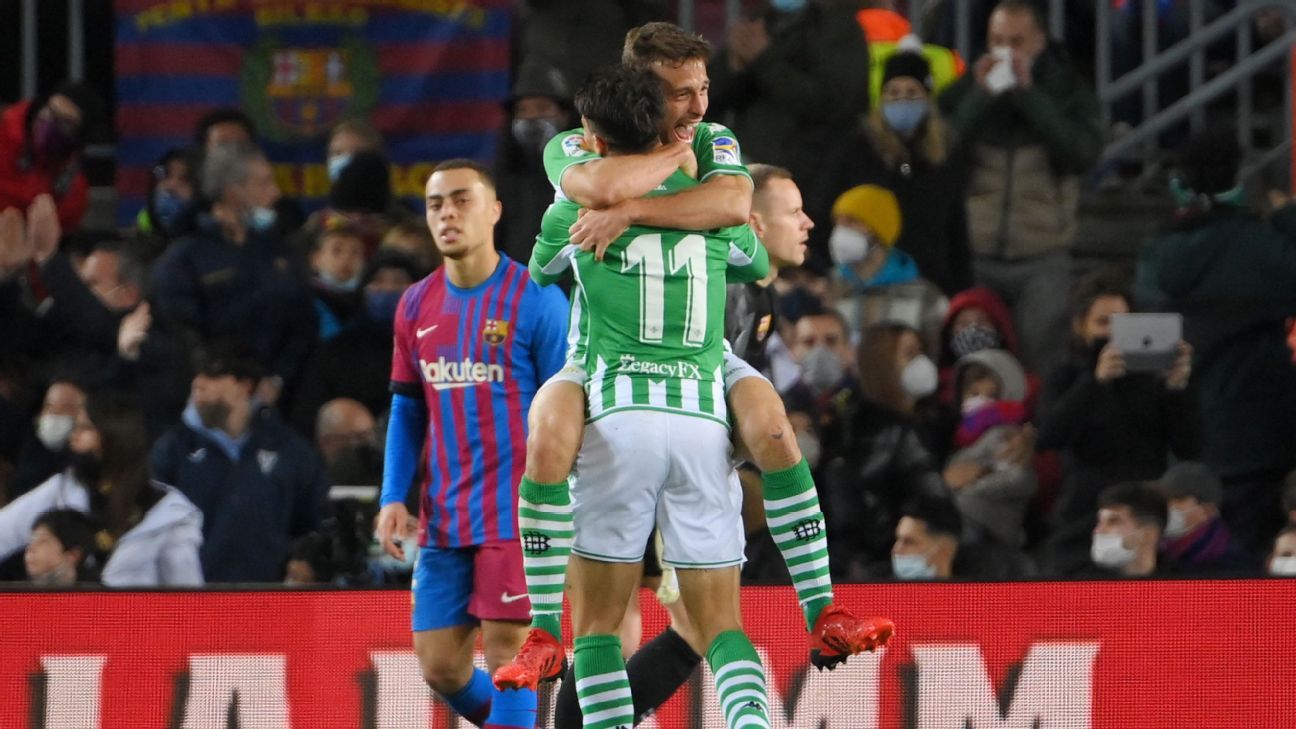 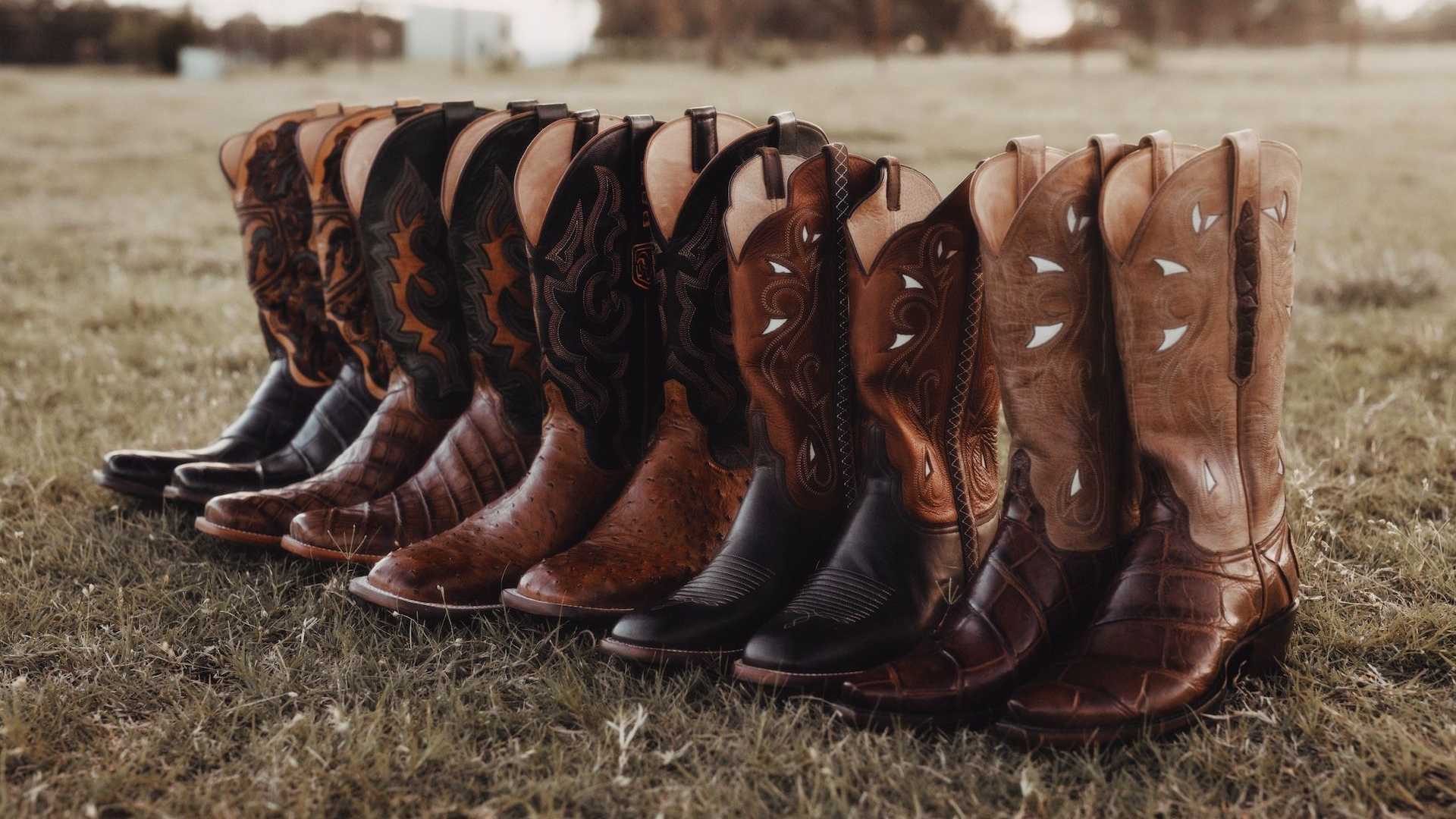 Yee-Haw! These Ram-Branded Boots Are Made For Walking
2 mins ago 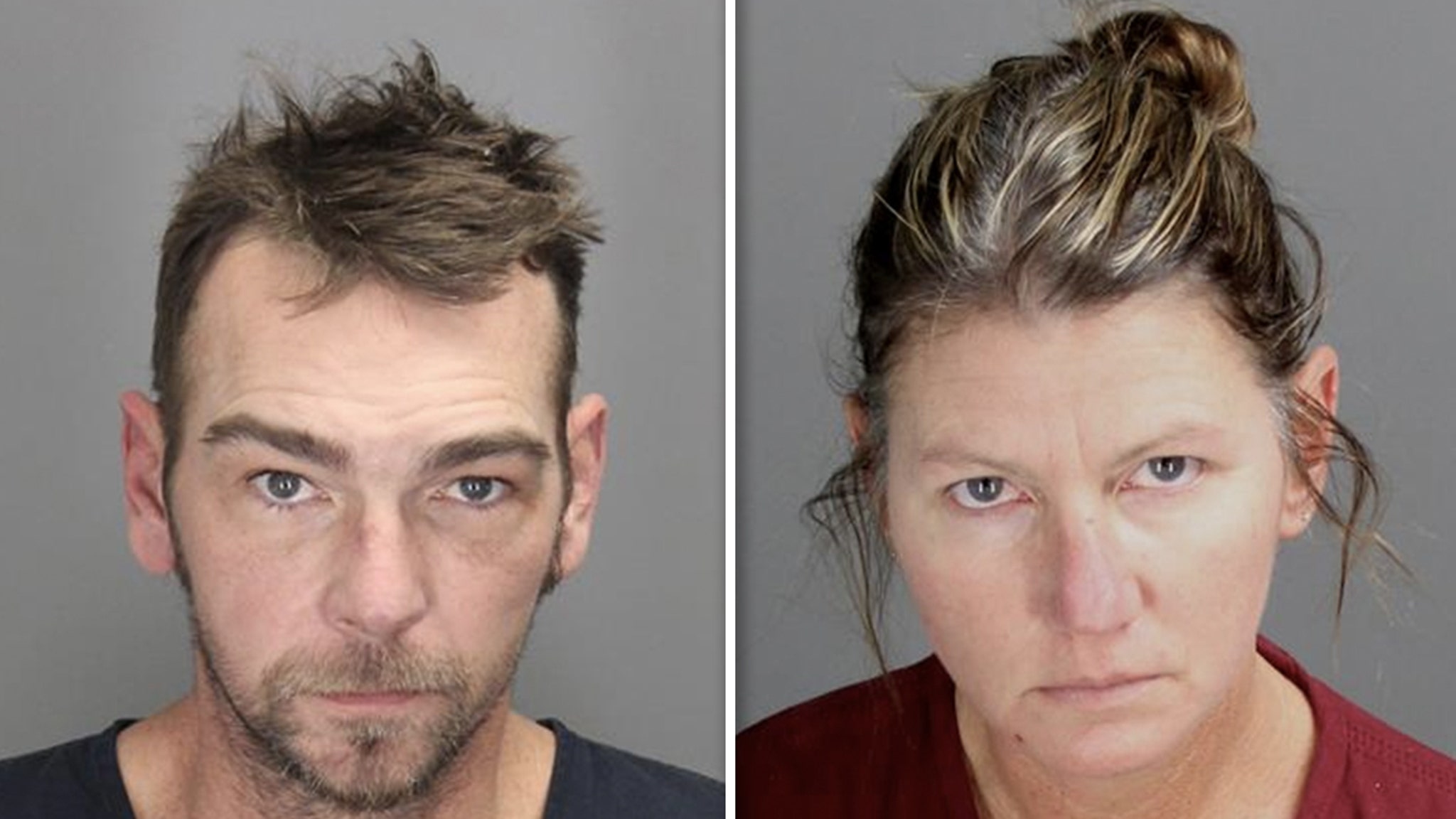 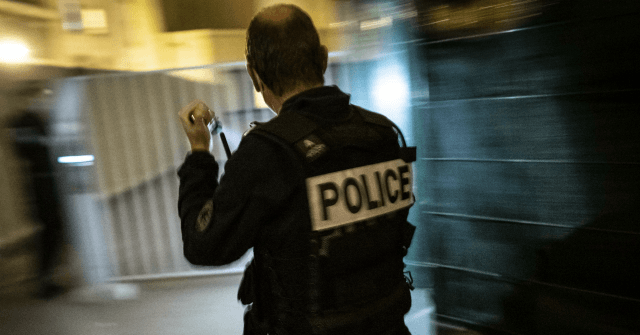