Is it Week 4 of the NFL regular season already? Where has the time gone?

Nevertheless, the action from the first four weeks of the year has been nothing short of sensational. Some teams have surprised fans and experts, while others have underperformed so far in 2021. Injuries have affected squads early in the campaign, and they will have to make some tough decisions regarding certain players that are injured on their rosters.

Some franchises have already decided how long some of their injured players will be out of game action.

The Carolina Panthers will be without running back Christian McCaffrey (hamstring) and cornerback Jaycee Horn (foot) for a few weeks after they both suffered injuries against the Houston Texans last Thursday. The quarterback drama for the Chicago Bears continues, as Andy Dalton (knee) and Justin Fields (hand) landed on the injury report this week. Finally, the Tampa Bay Buccaneers lost a speedy pass-catcher as Scotty Miller went on the injured reserve list with a turf toe injury.

Injuries are a part of the game, but teams could face an uphill battle without certain players. Our NFL reporters provide updates on some key players before Sunday’s action begins.

Gage will miss his second straight game — cutting down Atlanta’s pass-catching group by a starter. Last week, Olamide Zaccheaus caught a touchdown after getting more snaps in Gage’s place. Figure a combination of Zaccheaus and Tajae Sharpe will fill in in two-receiver packages and the option of more two running back or two tight end looks remains as potentially part of the plan. Atlanta will also be without rotational defensive lineman Marlon Davidson (ankle). — Michael Rothstein

Jackson returned to practice Friday, but he didn’t look like a quarterback who had missed the past two days with a sore back. Officially listed as questionable, Jackson was a full participant in practice and didn’t favor his back. He threw on the run and moved all around the pocket. Asked about how Jackson looked in practice, wide receiver Marquise Brown said “real good” and feels Jackson was as precise throwing the ball as he’s been all season. — Jamison Hensley

Poyer was injured during the Bills’ 43-21 win over the Washington Football Team last week. The safety has not missed a start since the 2017 season. He had an interception in the win over Washington and has 12 tackles this year. Jaquan Johnson came in for him Poyer in Week 3 and could start in his place. — Alaina Getzenburg

Feliciano started the week on a limited basis with an illness. He was then downgraded to not practicing in Thursday’s practice with a concussion. Fourth-year guard Ike Boettger is likely to get the start instead at left guard. Boettger started seven games last year while Feliciano recovered from a torn pectoral muscle.

The first-round pick out of Northwestern has been ruled out of Sunday’s game in Minnesota with a calf injury. In his place, Greedy Williams will get the start. — Jake Trotter

Glasgow injured his knee in this past week’s game against the New York Jets. Unless he improves over the next few days, the guard could be out for Denver’s Week 5 matchup against the Baltimore Ravens. — Jeff Legwold

The Broncos have injuries issues at both guard spots as Risner is dealing with a foot ailment. Denver has Netane Muti at right guard and rookie Quinn Meinerz at left guard if Risner and Glasgow can’t play. Both players are powerful and more comfortable in the run point at this stage of their careers, but the Broncos have been so proficient in their two and three tight end sets in the passing game, they wouldn’t feel much hesitation about throwing the ball if they also wanted to get Muti and Meinerz in pass protection.

Aaron Rodgers will be without his best deep-threat receiver. While Valdes-Scantling has started slowly this year, he flashed signs of last year in Sunday’s win over the San Francisco 49ers with a 12-yard touchdown catch, a 47-yard deep ball reception and a 24-yard pass interference penalty. Unfortunately, he pulled his hamstring in the fourth quarter and was ruled out for Sunday against the Steelers. — Robert Demovsky

Injury:Ankle Nelson is missing his first NFL game after starting all 51 contests of his career because of an ankle injury, His 75.5 percent run-block rate is first amongst NFL guards since entering the league, according to ESPN Stats & Information. Nelson’s 95 percent pass-block win rate is third, so the Colts will feel Nelson’s absence significantly. — Mike Wells

The Chiefs will decide before Sunday’s game whether Clark, who has a hamstring injury, can play against the Philadelphia Eagles. He has missed two of the three games this season, and the Chiefs could use his pass-rush ability. They have just four sacks, one of the reasons they are off to a 1-2 start. — Adam Teicher

Rams coach Sean McVay said Henderson will play Sunday in a division opener against the undefeated Arizona Cardinals. Henderson suffered a rib cartilage injury in a Week 2 win over the Indianapolis Colts and was inactive for a Week 3 victory over the Tampa Bay Buccaneers. — Lindsey Thiry

Typically reserved about his players’ injuries, Dolphins coach Brian Flores announced that Deiter was hurt at practice Wednesday and will not only miss Sunday’s game against the Indianapolis Colts but will also is likely be placed on injured reserve. Flores said it’s too early to tell whether Deiter will return this season — although that’s his typical response to the timeline of players’ injuries. In Deiter’s place, former Baltimore Ravens OL Greg Mancz will start for Miami. — Marcel Louis-Jacques

There’s good news and bad news for the Vikings this week. The good news? Dalvin Cook practiced every day this week and seemed optimistic about his status after missing Week 3 with an ankle injury. “I’m extremely confident in what we’ve got going on in the training room and what they’re doing to get me back on the field,” Cook said. “I’m extremely confident.” — Courtney Cronin

The bad news? Nose tackle Michael Pierce is dealing with elbow and shoulder injuries and is questionable for Week 4. Being without Pierce against Cleveland’s dominant rushing attack, which averages 5.1 yards per rush, would be challenging for the Vikings’ defense.

Folk was limited in practice as preparations got underway this week, but the team was proceeding as if there was a strong likelihood he will be kicking Sunday night. Considering Folk has made 35 consecutive field goals — which is the longest streak in franchise history and tied for the seventh-longest streak in league history (Adam Vinatieri, 44) — that’s good news for the Patriots. — Mike Reiss

The Saints will have to get by without two standout offensive linemen after Armstead got hurt last week and center Erik McCoy has been sidelined since Week 1. Fortunately, the Saints have a veteran backup option in James Hurst, who held up well when he replaced Armstead both last week at New England and for two games last season. But Armstead is one of the NFL’s best left tackles, so his absence will definitely be felt. — Mike Triplett

Shepard and Darius Slayton are going to miss Sunday’s game in New Orleans with hamstring injuries. They did not practice at all this week. It’s a massive blow considering Shepard (18 catches, 223 yards and 1 touchdown) has been the Giants’ best and most productive receiver in 2021. Slayton (7 receptions, 127 yards and a score) has also made some big plays this year. Their absence does make Kenny Golladay and Kadarius Toney more palatable fantasy options against a tough Saints defense. — Jordan Raanan

Crowder is poised to make his 2021 debut. “Looking good,” coach Robert Saleh said. The 28-year-old receiver hasn’t played since the preseason, so it’s hard to imagine him getting every rep out of the slot position. Look for a time-share with Braxton Berrios, the team’s leading receiver through three games. — Rich Cimini

Claypool first popped up on the injury report Thursday as a limited participant with a hamstring injury. He didn’t practice Friday and is listed as questionable for Sunday against the Green Bay Packers. Claypool’s injury could take away one of the Steelers’ best intermediate and deep threats, and he’s been really valuable in making some combat catches or drawing pass interference calls. The silver lining is that while Claypool is questionable, both WRs JuJu Smith-Schuster (ribs) and Diontae Johnson (knee) were full participants Friday and don’t have injury designations. — Brooke Pryor

Kittle did not participate in practice on Wednesday or Thursday and was limited on Friday with what coach Kyle Shanahan has described as calf soreness stemming from getting stepped on in Week 1 against the Detroit Lions. Earlier in the week, Shanahan seemed optimistic that his star tight end would be available against the Seattle Seahawks, but Kittle’s return has seemed to be slower than expected. He’s officially listed as questionable for Sunday, but Shanahan said he will have a good idea whether Kittle is ready on Saturday afternoon. If Kittle can’t play, Ross Dwelley will step in for him. — Nick Wagoner

Lockett is listed as questionable with a hip injury, but Pete Carroll sounds optimistic that he’ll play Sunday against the 49ers. Lockett was limited Wednesday, sat Thursday and was listed as a full participant in Friday’s light practice.

“We rested him during the week and he had a bunch of treatment and he feels good,” Carroll said.

DK Metcalf is expected to play after showing up on the injury report Thursday with a sore foot. Seattle’s receiver corps will likely be without rookie Dee Eskridge for a third straight game. The second-round pick cleared concussion protocol this week but is listed as doubtful. — Brady Henderson 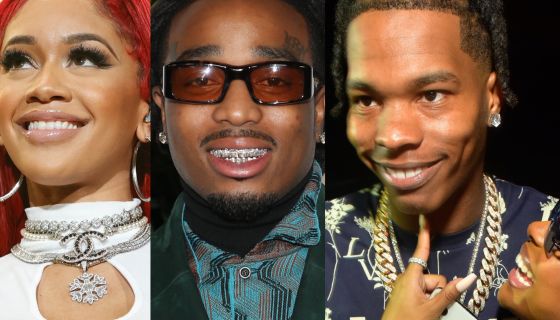 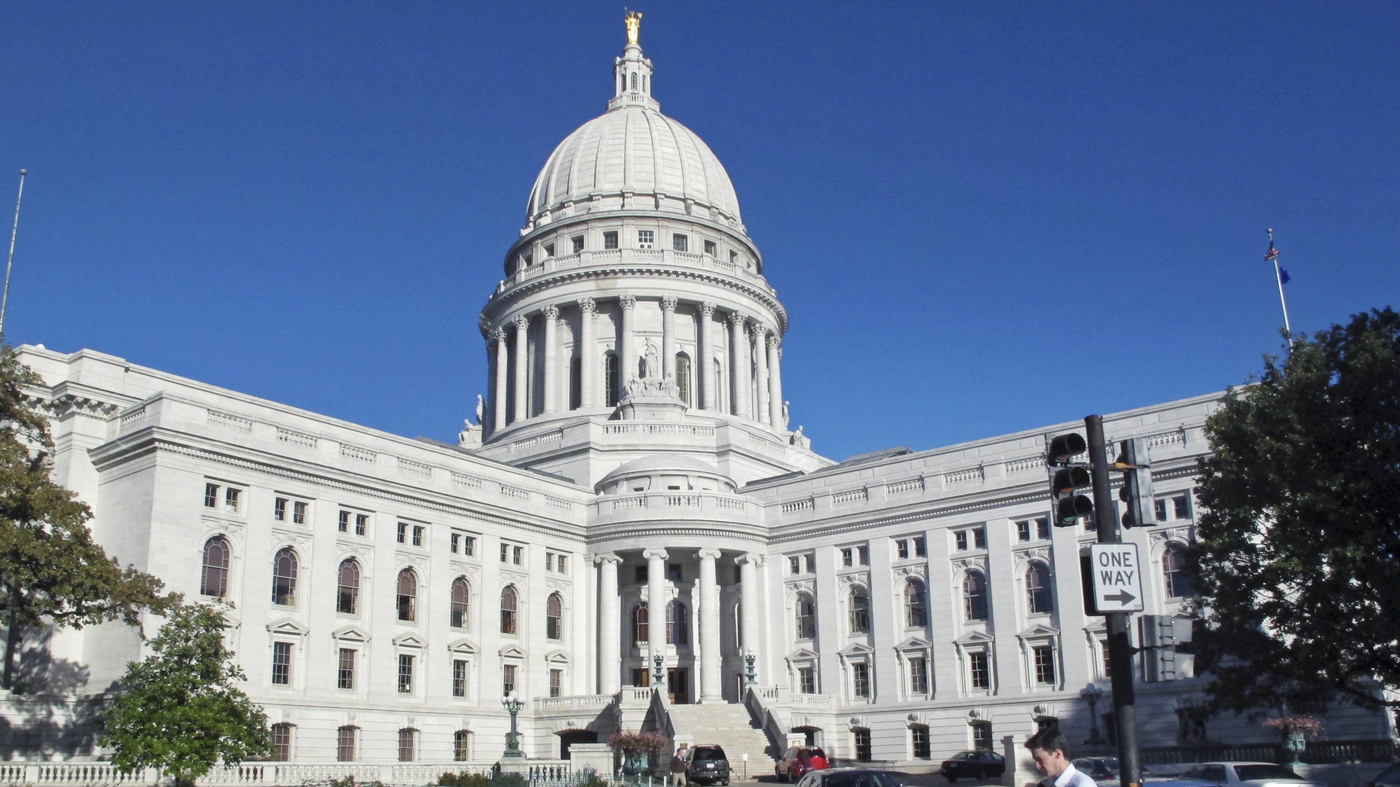 The best anti-ageing serums from the Real Beauty Awards

SUIC Midas Taiwan Has Successfully Signed Up 10 Dealers And Over 1,000 Merchants Since October, Including an Optical Conglomerate, Franchise Chain Stores, and E-Commerce Companies in Taiwan, Bolstered By Collaborative Campaigns Promoting Its Unique 4 Products And Services Worldwide – Stocks News Feed
8 mins ago