The Cardinals are the most unlikely playoff team in years. After clinching a spot with a victory over Milwaukee on Tuesday night, staff ace Adam Wainwright expressed the surprise with only a bit of hyperbole: “FanGraphs had us at like a negative 400 percent chance to make the playoffs,” he said, “and we just proved everyone wrong.”

The team’s actual FanGraphs playoff odds weren’t quite negative 400 percent, but they weren’t much better, either. Their likelihood of reaching the playoffs dipped to 1.5 percent on July 9, 1.4 percent on August 10, and 2.8 percent on September 7, at which point the Cardinals, who were tied for the eighth-best record in the National League, sat four games out of the second wild-card spot.

According to MLB.com’s Sarah Langs, no team since at least 2014 (the start of FanGraphs’ playoff odds archive) had reached the playoffs with such meager odds at any point in September. But no team in that situation has run off a 17-game winning streak, either—and now the Cardinals hold the National League’s longest winning streak since 1935 and the second wild-card spot in this year’s NL playoff field.

The Cardinals were 71-69 before this streak began, with a negative run differential. How have they turned their season around in such dramatic fashion? Here are 17 reasons for 17 wins.

When he’s not spending his time scrutinizing playoff odds, Wainwright is enjoying by far his best season since he tore his Achilles in April 2015. Now 40 years old, Wainwright doesn’t pitch like most of the other aces who will garner Cy Young votes at the end of the season: His fastball velocity ranks in the third percentile among MLB pitchers, his whiff rate in only the seventh percentile. But with excellent command and a variety of pitches, he’s embodying the crafty veteran archetype with aplomb.

Wainwright provides length (206 1/3 innings, second in the majors) and effectiveness (3.05 ERA, 10th among qualified pitchers). And he’s pitching better as the season continues: Over his last 14 starts, his ERA is 2.28. That run includes a win over the Dodgers, in which Wainwright pitched into the ninth inning—a preview, perhaps, of the wild-card matchup to come next week.

The Cardinals don’t excel at either offense or pitching, the two facets of the sport that receive the most attention; the team ranks 15th in wRC+ and 21st in pitcher WAR, per FanGraphs. But defense is often a hidden factor in team success, and that’s definitely the case for these Cardinals.

In the main advanced defensive stats, the Cardinals rank first (in OAA), second (in DRS), and third (in UZR). As a team, St. Louis has allowed a .271 batting average on balls in play; only the Dodgers, at .259, are better. BABIP allowed is a revealing stat this season: The top five teams have already clinched a playoff berth, and depending on how the final races shake out, nine of the top 10 might qualify.

The Cardinals’ defense rates so well not just because they have a few Gold Glove contenders, but because they have no weak links, either, as every player in the team’s main starting lineup is an above-average defender at the position in question:

But wait, there’s even more to admire about the Cardinals defense. Statcast tracks Outs Above Average not just from the perspective of the fielder, but also for the pitcher who’s on the mound when that fielder makes, or doesn’t make, a play. Four pitchers this season are tied for second place, with their fielders saving them nine outs apiece. Wainwright is in first place—with 23!

That’s the most OAA in front of any pitcher in the history of Statcast tracking. (Cardinals fans, for peace of mind, ignore the second name on this list, as Ervin Santana started the 2017 wild-card game, only to allow four runs in just two innings.)

Most Outs Above Average in Front of Pitchers in Statcast Era

OAA estimates that all those extra outs have saved the Cardinals 19 runs with Wainwright on the mound. Just as an estimate, adding those runs to Wainwright’s total means his 3.05 ERA would have risen to 3.88 if not for the spectacular defense behind him.

It’s not just defensive assistance, though—the Cardinals’ position players have offered their pitchers plenty of run support as well. After all, despite broad offensive struggles through most of the season, St. Louis has scored 115 runs during its winning streak, a rate of nearly seven per game.

The identity of the team’s best hitter is a surprise. It’s not Paul Goldschmidt or Nolan Arenado, superstars acquired in trades; it’s not Matt Carpenter or Yadier Molina, franchise veterans; it’s not Dylan Carlson, the team’s top prospect entering the season. Rather, it’s O’Neill—a feast-or-famine outfielder with a career .291 on-base percentage in 450 plate appearances before this year.

O’Neill still strikes out a lot (32 percent of the time, fifth-most among qualified hitters), but now he’s making much better contact when he connects. In the shortened 2020 season, O’Neill’s average exit velocity was 88 miles per hour; he’s up to 93 mph this season, which ranks in the 93rd percentile among batters. That jump of 5 mph represents the second-greatest increase among regular players since last season. (First place is Joey Votto; third is Shohei Ohtani.)

That power boost combines with O’Neill’s natural speed to give him 32 home runs, 14 steals, and a 141 wRC+, meaning he’s hit 41 percent better than average. That figure ties O’Neill with, among others, Giancarlo Stanton for the 11th-best mark among qualified hitters.

O’Neill has a better overall batting line, but Goldschmidt has paced the lineup during the streak. Through Aug. 10, Goldschmidt was hitting .268/.333/.442. That mediocre slash line translated to a 112 wRC+—a fine mark but nothing spectacular, especially for a first baseman and a player with Goldschmidt’s pedigree. He’s never finished a season below a 116 wRC+ in his career.

Another scorching bat belongs to Bader, who has cut his strikeout rate to a career-low 21 percent and slugged a career-high 15 homers. Bader has long been a frustration for Cardinals fans because of his inconsistent bat, but he’s up to a 111 wRC+ this season.

Bader is in the Kevin Kiermaier zone where he’s such a stellar defender that any offensive production is a cherry on top of his prodigious glove—and that dessert has tasted especially sweet of late, as Bader rode a 1.548 OPS to the most recent NL Player of the Week honors.

Among many contenders for this year’s greatest example of Cardinals Devil Magic (see also: Lars Nootbaar, José Rondón), Sosa has to be the leader after replacing the slumping Paul DeJong in the starting lineup. Originally signed as an international free agent all the way back in 2012, Sosa was stuck in the low minors for half a decade before reaching Double-A for the first time in 2017. He proceeded to post below-average offensive stats at Double-A, then Triple-A, then Triple-A again, leading to a projection as a future utility infielder—and now he’s enjoying better batting stats in the majors (106 wRC+) as an everyday shortstop for a playoff team.

Sosa isn’t the team’s only midseason upgrade. The day of the trade deadline, the Cardinals made two under-the-radar deals for a pair of late-30s lefties: Jon Lester and J.A. Happ. Neither has been overwhelmingly great since joining the team; the duo’s underlying numbers are particularly unimpressive, with Lester toting a 5.29 FIP and Happ a 4.82.

Yet while Lester and Happ haven’t turned back the clock like Wainwright or thrown with the post-deadline pizzazz of Max Scherzer, in the context of the Cardinals’ staff, their ability to pitch every fifth day and outperform their peripherals (4.13 ERA for Lester, 3.97 for Happ) has been a salve on a seasonlong wound.

Jack Flaherty’s been hurt; St. Louis’s Opening Day starter has thrown all of one-third of an inning during the winning streak. Carlos Martínez is out for the season. Kwang Hyun Kim is second on the team in innings, with only 104 2/3—roughly half of Wainwright’s total. Besides Wainwright and Kim, no Cardinal has made more than 16 starts.

Most of all, Wainwright is the only Cardinals pitcher with more than 1.0 bWAR. Every other team in the majors has multiple pitchers with that much value. So no, Lester and Happ probably won’t scare any potential playoff opponent—but the Cardinals might not have reached that possibility without them in the first place.

Closer Alex Reyes converted his first 22 save chances this season, and the first 24 of his career—an MLB record—before blowing one. But that results-based metric hid much more worrying signs in Reyes’s profile—mainly, that his 17 percent walk rate is the highest in the majors this season (minimum 60 innings).

Reyes couldn’t survive that tightrope walk all season. From Aug. 18 through Sept. 5, he blew four ninth-inning leads—the last a three-run advantage ruined by a walk-off Daniel Vogelbach grand slam. Reyes hasn’t pitched in the ninth inning since, but St. Louis’s bullpen leads the majors in win probability added in September, thanks to a quartet of other sparkling arms:

Gallegos, who came to St. Louis in the much-derided Luke Voit trade, ranks second among all Cardinals pitchers in WAR thanks to a mighty workload (79 1/3 innings, second-most among MLB relievers) and solid numbers across all Three True Outcomes. Since replacing Reyes in the closer role, Gallegos is 10 for 11 in save chances with a 0.77 ERA.

García signed with the Cardinals in July after being released from the Yankees’ Triple-A team. He hadn’t pitched effectively in the majors since 2017, and that trend continued early in his St. Louis tenure, when he allowed six runs in his first three games, comprising just one inning pitched. Since then, however, he has a 1.17 ERA and 2.28 FIP while becoming the Cardinals’ main eighth-inning setup man behind Gallegos.

Finally, Whitley spent most of the summer at Triple-A, but since being recalled to the big league club in late August, he hasn’t allowed a run in 13 innings.

While St. Louis knocked around the Cubs for four games at Wrigley Field, the rest of their wins in this streak have all come against playoff hopefuls: five over the division-leading Brewers, three apiece over the Padres and Mets, and two over the Reds.

Those last three teams also helped the Cardinals’ cause by collapsing against the rest of their opponents. The Cardinals clinched a playoff berth with room to spare because as they kept winning, their closest competitors kept losing. This chart shows the NL’s second wild-card picture after the games of September 10, the day before the Cardinals’ win streak began, along with each team’s record since.

Now St. Louis can rest its relievers and set up Wainwright for a wild-card start without worrying about a fight for the final spot this weekend. The Cardinals won’t be favored in that game, on the road against either the Dodgers or Giants, but anything can happen in the tiny sample of one game of baseball, and St. Louis—with only home games remaining in the regular season—will enter that contest without a road loss in more than a month. 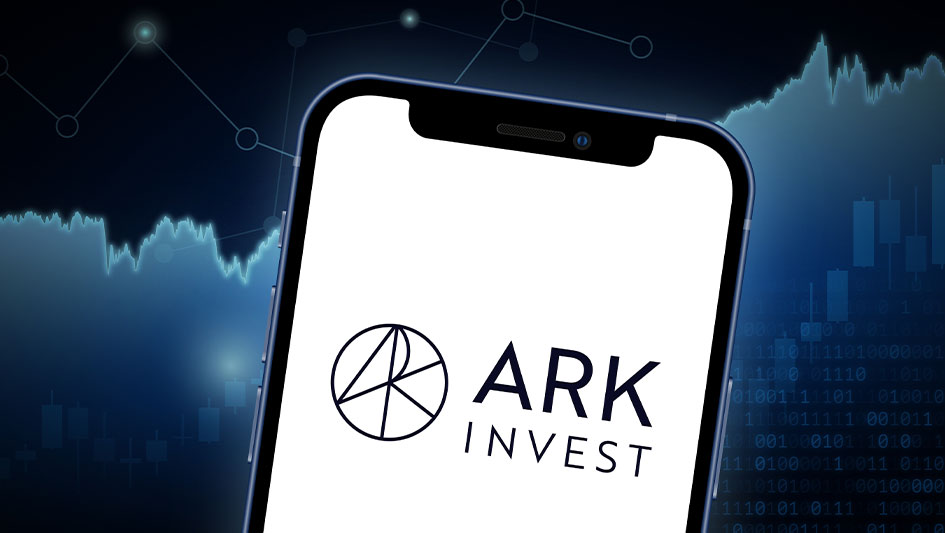 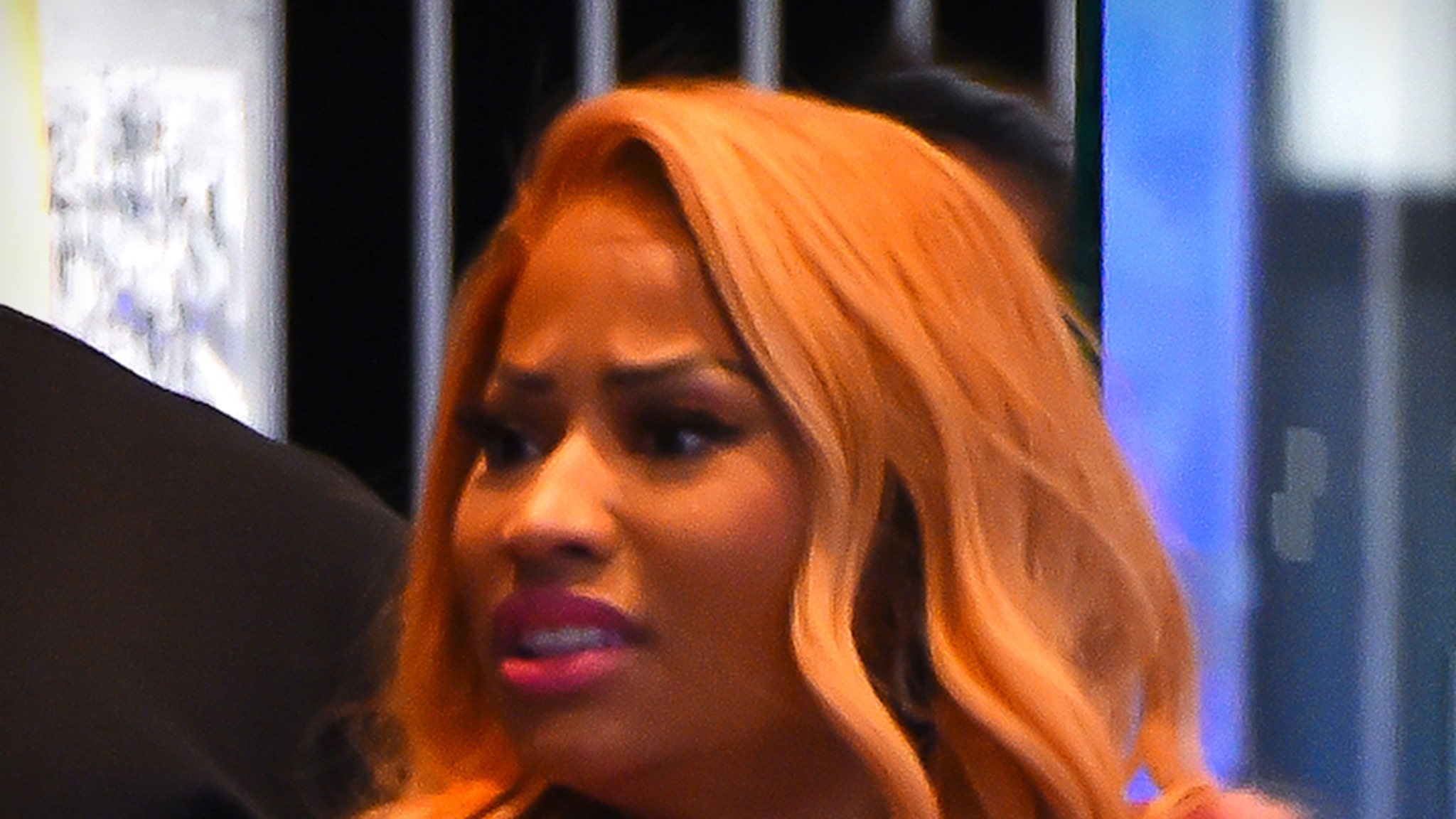 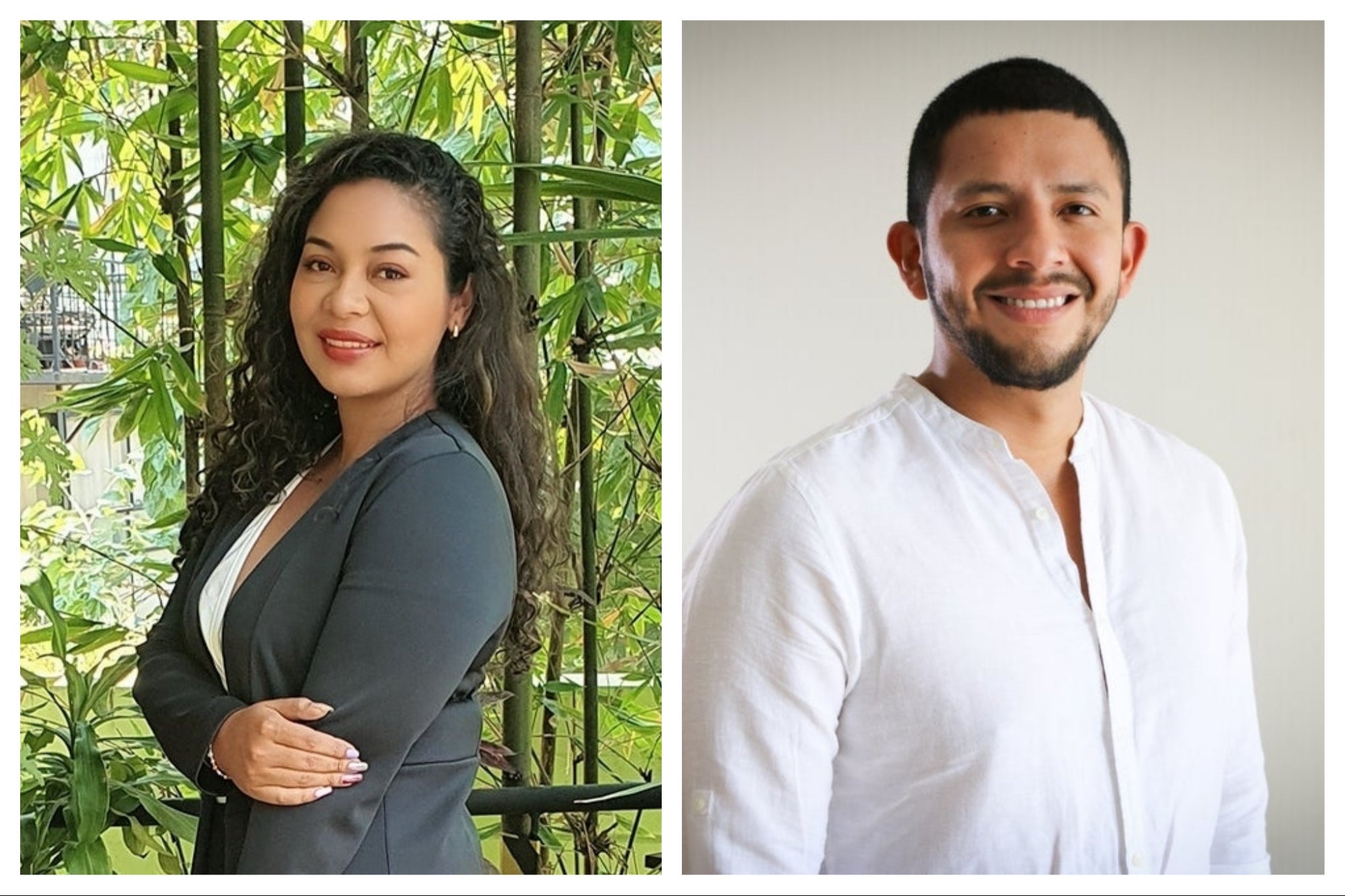 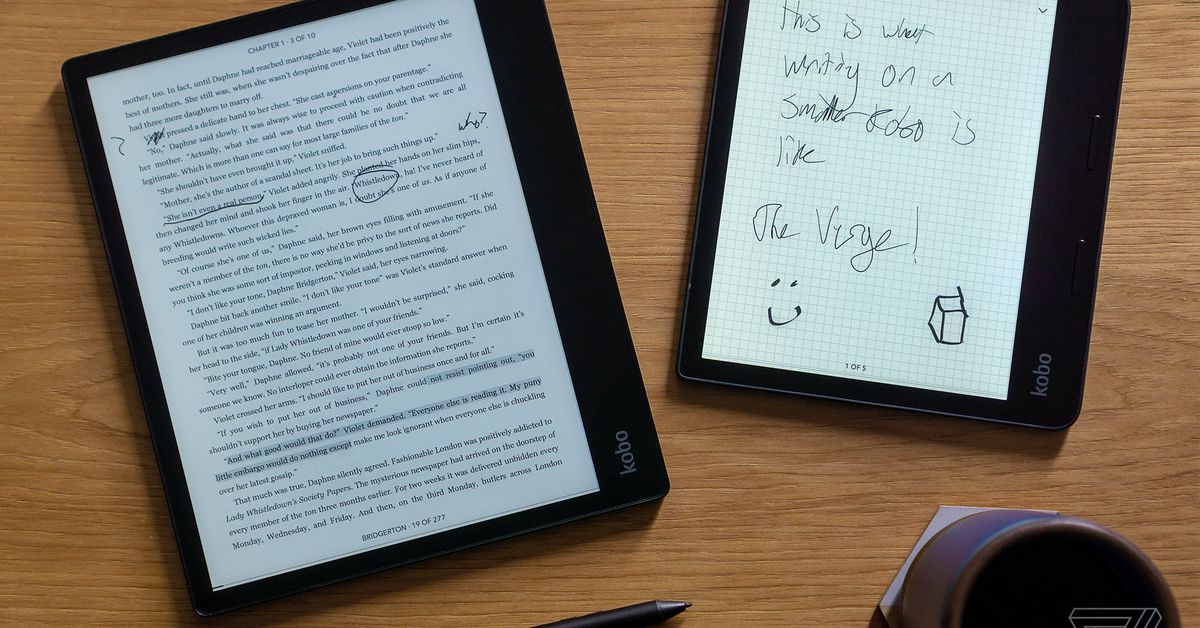