As part of a South Asian dance team at Penn, then senior Simran Chand would talk with her teammates, comparing their bicultural childhood experiences to those of white peers. When the conversation veered towards how South Asian parents talked with their children about sex, Chand was hearing the same response: They didn’t. At the same time, Chand was taking a class called Asian American Gender and Sexuality, where she learned about crossover patterns of South Asian American women feeling repressed, sheltered, or held back by their parents along ethnically prescribed sexual boundaries. As a double major in biology and gender, sexuality, and women’s studies double major, Chand was curious if these experiences were part of a wider pattern and, if so, how it this pattern affects young South Asian Americans.

The result, an honors thesis titled “Familial Sexual Education for South Asian American Undergraduates and its Implications on Sexual Wellbeing,” used qualitative and quantitative analysis to determine the experiences of parental sexual communications among second-generation South Asian American Penn students. “There’s no research on this,” Chand says, and her thesis adviser, Fariha Khan, concurs. “Her work was really pushing the field in a deeper direction,” says Khan, associate director of Asian American studies.

Chand’s work earned the Carroll-Smith Rosenberg Senior Thesis Award in Women’s Studies by the Center for Undergraduate Research and Fellowships as well as the Holden Furber Prize in South Asian studies.

“This isn’t a project simply about sex education,” Khan says. “It’s a migration story showcasing the tensions between the first and second generations and dual identity for young South Asian Americans. It was so nuanced in many different ways. When one reads her work, you get a sense of how complicated all of these different factors are.”

“My end goal was to understand a narrative,” Chand says, “to write an ethnography that speaks to my personal experience as an Indian American woman.” Chand chose to focus on the South Asian community at Penn because of her access to that specific group; many on campus either knew her or mutual friends and were therefore more likely to fill out the anonymous survey Chand sent. Fifty-five people responded to the 38 questions on Chand’s Google Forms survey, 48 of whom matched her qualifications. Outliers were either not from Penn or not second-generation South Asians. During the survey, there was a question inviting people to opt into an additional interview, and Chand later met with eight interviewees via Zoom.

Chand divided sexual education into three topics: puberty, sex, and sexual health. Her respondents reported that their parents were most likely to initiate a conversation regarding puberty, often initiated after this process had begun. Sometimes the information given was vague; “Basically, that I was going to go through some changes, but nothing detailed,” one person wrote. “I did not have menstruation explained to me other than ‘it’s supposed to get rid of your body toxins,'” said another.

A child’s first menstrual cycle was often the catalyst for a conversation, mainly around logistics and hygiene. For one respondent, the first discussion about having a period “was when I got mine, and even then it was just her giving me a pad.” The discussion was “super brief,” said another respondent, “literally one conversation when I was 12 where my mom just double-checked that I knew what a period was and asked if I needed bras.”

A male-identifying respondent wrote that puberty was also tied into religious beliefs. At 13, his father “talked to me mainly about hygiene. Shaving pubic hair, keeping my garments clean, etc., was the discussion since purity and cleanliness is important to be a good Muslim man. So I was taught about how to purify myself if I was in a state of impurity (like if I had a wet dream), but besides that there was no mention of anything sexual in nature.”

She defined a “sexual health talk” as a conversation around safe sexual practices, contraceptives, and sexually transmitted diseases. Five respondents said their parents spoke with them about sexual health, while the vast majority said no.

Some parents opted for the bare minimum. One respondent said that the extent of the conversation was, “‘Please be safe,” that’s all.” Others were more frank. “I told my parents I had a boyfriend and was going to have sex and they recommended that I go on birth control and always used condoms,” another respondent said.

Most second-generation South Asian American undergraduates at Penn did not receive a “sex talk” from their parents, says Chand, calling it “an indisputable finding of this project.” One respondent said the extent of their sex talk was, “‘Boys only want one thing so stay away,” that was it, and that was after I lost my virginity.”

For many, sexual education was centered on the practice of abstinence. “They said people have urges, and ideally abstinence was best but use a condom otherwise,” said one respondent. Another wrote, “I think they think if they don’t talk about it, I won’t have sex. Ignorance is bliss? I know they want me to be abstinent until marriage and think I am. I’m not.”

Second-generation South Asian Americans were navigating American cultural norms at school and in their social circles but South Asian cultural norms at home. This disconnect led to code-switching, deception, and in some cases riskier sexual practices, Chand says. Some of her respondents did not use contraceptives because of the fear and shame associated with acquiring them; others used condoms but would have preferred to use a second preventative had they been able to access one.

In response to parental disapproval, deception was a frequent motif, Chand found. “Several participants described sneaking around, concocting excuses, and blatantly lying to their parents, she says, noting that this pattern is a well-documented phenomenon amongst South Asian Americans, particularly South Asian American women who have enhanced expectations of chastity and filial obedience.

Two of Chand’s respondents were women who identified as bisexual but had not come out to their families and had no plans to do so. One of these women said she plans on having same-sex relationships in her youth but has come to terms with the fact that she will have to end up with a man in order to maintain a close relationship with her family, Chand reported.

Families have a tremendous impact on children’s beliefs and attitudes about sex, Chand says. One interviewee said, “Yeah, my sexual education in school was great, but my parents never use the word sex around me once. I’m 22 years old. And for me that sends the message that this is a very wrong, dirty thing to do,” Chand says. She notes that many interviewees mentioned that their parents would fast-forward through on-screen kissing scenes, “a strong message to their children that we don’t condone kissing, or we don’t condone sexual behaviors like this. Parents, as we all know, are a huge socializing agent,” she says.

This generation of South Asian Americans will make decisions about what they, in turn, want to teach their children, Chand says. In the case of familial sexual education, respondents desired open communication. While 97% of survey respondents did not receive a sex talk, 95% want to have this conversation with their children, Chand found. “People in my generation prioritize sexual education, they prioritize open sexual expression, and that is something that’s dramatically different from their parents,” she says.

While some respondents were angry that their parents had not initiated more conversations about sex, puberty, and sexual health, others recognized that these parents were themselves raised in households that did not talk about sex. “I think that was one of the most important things for me throughout the entirety of the research,” says Chand. It was important to contextualize parents and to be compassionate with them about their experiences as immigrants, she says, rather than “taking this American lens to their lives. It is crucial to be empathetic to the life experiences that result in parenting practices,” she says.

When parents don’t have conversations about sex with their children, it’s often because of the context of their own upbringing, says Khan. “And maybe it’s because they work all the time and don’t have time to have these conversations in a comfortable setting. Maybe it’s because of their religious beliefs, maybe it’s a cultural belief. It’s really nuanced and complicated. And it’s not indicative of the love that a parent might have for a child,” she says. “There are deeply rooted factors as to how one comes to a certain place.”

Understanding nuance is an important part of ethnographic work, Khan says. She hopes Chand’s work inspires more students “to ask difficult questions and not be afraid to pursue them.”

After seeing her experiences reflected in so many of her peers’ stories, Chand, who grew up in Newtown, Connecticut, had renewed compassion and appreciation for her own parents. The thesis helped to open up this relationship. After reading it, her parents said, “We’re sorry if you ever felt that way; please come talk to us about anything,” Chand says. In turn, “I’ve stopped lying to them,” she says. “So it’s actually really improved my relationship with my parents.”

Chand seeks to look at the implications of these findings and work on problem-solving with South Asian American youth in her future career in health care. “It’s not about placing blame, Chand says. “My goal is to set up the stage to allow for solutions.” After completing studies in December—Chand took six months off during the pandemic—she plans to apply to medical school. “I want to play that role of helping people to feel comfortable in their sexuality, helping people to feel educated about these experiences, while also specifically paying attention to ethnic boundaries and ethnic differences,” she says. “I hope to cultivate an open space for patients of all backgrounds in my future role as a physician.”

Checked off ‘the talk’ with your teen? Not so fast: Once isn’t enough

Provided by
University of Pennsylvania

Covid Renews Interest in Radiation, but Docs Caution Against Pilgrimages to Radon-Filled Mines
2 mins ago 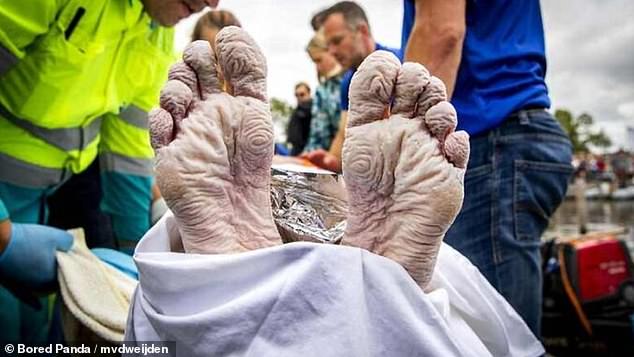 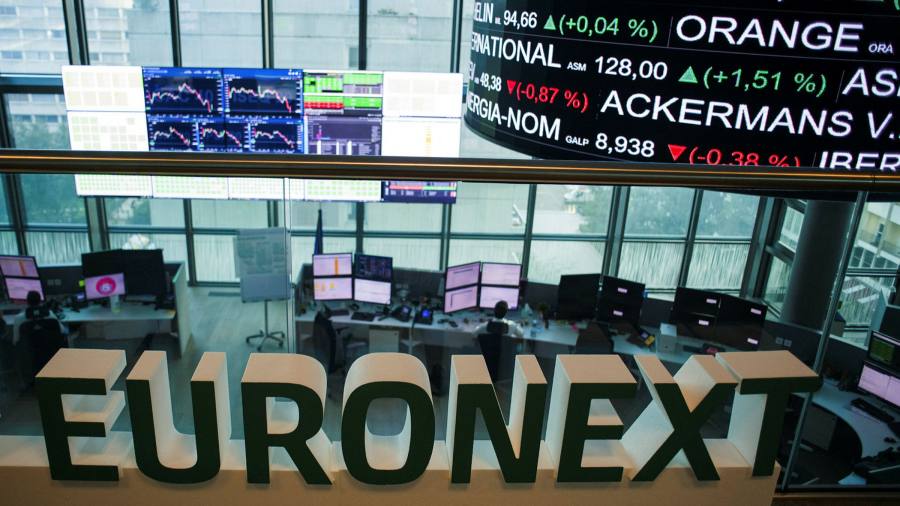