Sprites seen over the Czech Republic and detected by Swarm. This photograph of lightning sprites was taken from Czech Republic in August 2017 and it was the first time that an event of this type left its signature simultaneously in satellite data. Two of ESA’s Swarm satellites registered perturbations in their magnetic field data as they passed over Poland. The distance between the ground tracks of the satellites and the centre of the storm was about 500 km. The event caused fluctuations in the scalar magnetic field with amplitudes reaching 0.2 nT. Now a scientific paper has been published about using Swarm to help provide evidence of links between transient luminous events and magnetic-field fluctuations in the upper ionosphere. Credit: M. Popek

We are all familiar with the bolts of lightning that accompany heavy storms. While these flashes originate in storm clouds and strike downwards, a much more elusive type forms higher up in the atmosphere and shoots up towards space. So, what are the chances of somebody taking photographs of these rarely seen, brief ‘transient luminous events’ at the exact same time as a satellite orbits directly above with the event leaving its signature in the satellite’s data?

The likelihood of this happening might seem pretty remote, but, remarkably, an observer for the Czech Institute of Atmospheric Physics who is also an avid ‘lightning hunter’ has taken photographs of these transient luminous events that not only coincide with measurements taken by ESA’s Swarm satellite mission, but also with recordings taken from the ground.

This extraordinary three-way coincidence is leading to better insight into how this type of lightning propagates into space. In addition, these new findings could potentially improve scientific models of the ionized part of Earth’s upper atmosphere – the ionosphere.

Sprites and presides filmed in the countryside near Nýdek in the Czech Republic. Credit: M. Popek

Transient luminous events are optical phenomena that occur high up in the atmosphere and they are linked to electrical activity in underlying thunderstorms. They are very brief, lasting from less than a millisecond to two seconds, and rarely seen from the ground. They are usually only captured by sensitive photographic equipment and, because they emit weak light, photographs can only be taken at night.

There are several different types of transient luminous events such as sprites, jets, and elves, each with their own characteristics.

Sprites, for example, are large electrical discharges that occur at an altitude of around 50–90 km, above large thunderstorm systems. They appear as large, but weak flashes of red and usually happen at the same time as the cloud-to-ground lightning we all know.

Scientists have long been interested in understanding if lightning propagating to higher in the ionosphere can cause fluctuations in Earth’s magnetic field. The ionosphere is very active part of the atmosphere, responding to the energy it absorbs from the Sun. Gases in the ionosphere are excited by solar radiation to form ions, which have an electrical charge. Swarm constellation over Earth. Swarm is ESA’s first Earth observation constellation of satellites. The three identical satellites are launched together on one rocket. Two satellites orbit almost side-by-side at the same altitude – initially at about 460 km, descending to around 300 km over the lifetime of the mission. The third satellite is in a higher orbit of 530 km and at a slightly different inclination. The satellites’ orbits drift, resulting in the upper satellite crossing the path of the lower two at an angle of 90° in the third year of operations. The different orbits along with satellites’ various instruments optimise the sampling in space and time, distinguishing between the effects of different sources and strengths of magnetism. Credit: ESA/AOES Medialab

A paper, published recently in Geophysical Research Letters, describes how scientists from research centers in Poland used magnetic field data from ESA’s constellation of Swarm satellites, lightning observations from the Geostationary Lightning Mapper, and from the ground-based World Extremely Low Frequency Radiolocation Array (WERA) to provide evidence of links between transient luminous events and magnetic-field fluctuations in the upper ionosphere.

Ewa Slominska, from a small company cooperating with Poland’s Space Research Centre, explained, “Lightning can generate ultralow frequency fluctuations that leak into the upper ionosphere. This means that some lightning bolts are so powerful that they trigger disturbances in Earth’s magnetic field and propagate hundreds of kilometers upwards from the thunderstorm, reaching the altitude of Swarm’s orbit.

“Although Swarm’s main goal is to measure slow changes in the magnetic field, it is apparent that the mission can also detect fast fluctuations in the field. However, Swarm can only do this if one of the satellites is in close proximity to the active thunderstorm and if the lightning is strong enough.” Sprites and perseids meteor shower in the countryside near Nýdek in the Czech Republic. Although ESA’s Swarm mission did not record this particular event, the photo, taken by Martin Popek, shows how breathtaking these transient luminous events (TLEs) are. Martin first captured TLEs on 22 May 2011 and has since observed 3781 events – most of which were in 2017. The average number of TLEs per active storm is 9.87 and 11.28 per observation night. Credit: M. Popek

Janusz Mlynarczyk, from AGH University of Science and Technology in Krakow, added, “Using the three stations of the WERA system, we are able to locate powerful atmospheric discharges that occur anywhere on Earth and reconstruct their most important physical parameters. This is possible because of a very low attenuation of Extremely Low Frequency (ELF) electromagnetic waves that these discharges generate.

“Powerful ELF waves can even propagate around the world a few times and still be visible in our recordings. Such powerful sources include sprite-associated discharges. The accumulated electrostatic energy released and observed by Swarm was close to 120 GJ, which is equivalent to the energy released in the detonation of 29 tonnes of TNT.

“Although we know that every lightning strike carries a lot of energy, it is clear that this class of lightning is much more powerful. A single bolt of ordinary lightning, which is invisible to Swarm’s instruments, carries enough energy to charge 20 electric cars, but the energy produced by a transient luminous event would be enough to charge more than 800 vehicles.”

A remarkable aspect to all of this is that one of the scientific team members, Martin Popek, is passionate about capturing sprites, jets, and elves on camera. His photographs are proving a very valuable to the team’s research as they have coincided with measurements taken by Swarm and by the ground array.

ESA’s Swarm mission scientist, Roger Haagmans, commented, “It’s astonishing that Martin manages to capture such fleeting events on camera, but what’s really remarkable is that his dedication to this kind of photography has coincided with measurements from our Swarm mission. His photos add another dimension to the research and we are certainly reaping the benefits of his commitment to hanging outside in the cold and dark!” 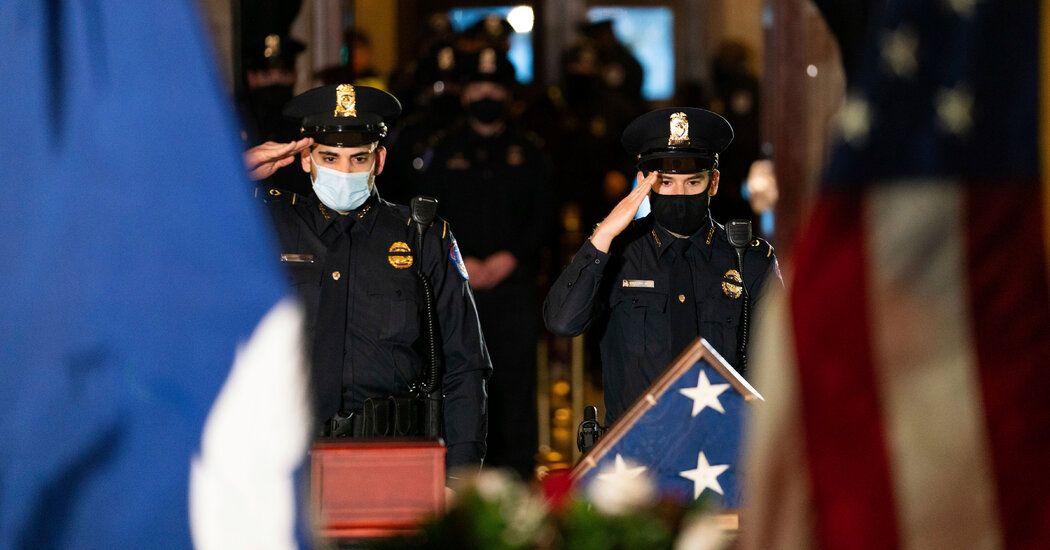 Congress Honors Officers Who Responded to Jan. 6 Riot
1 min ago 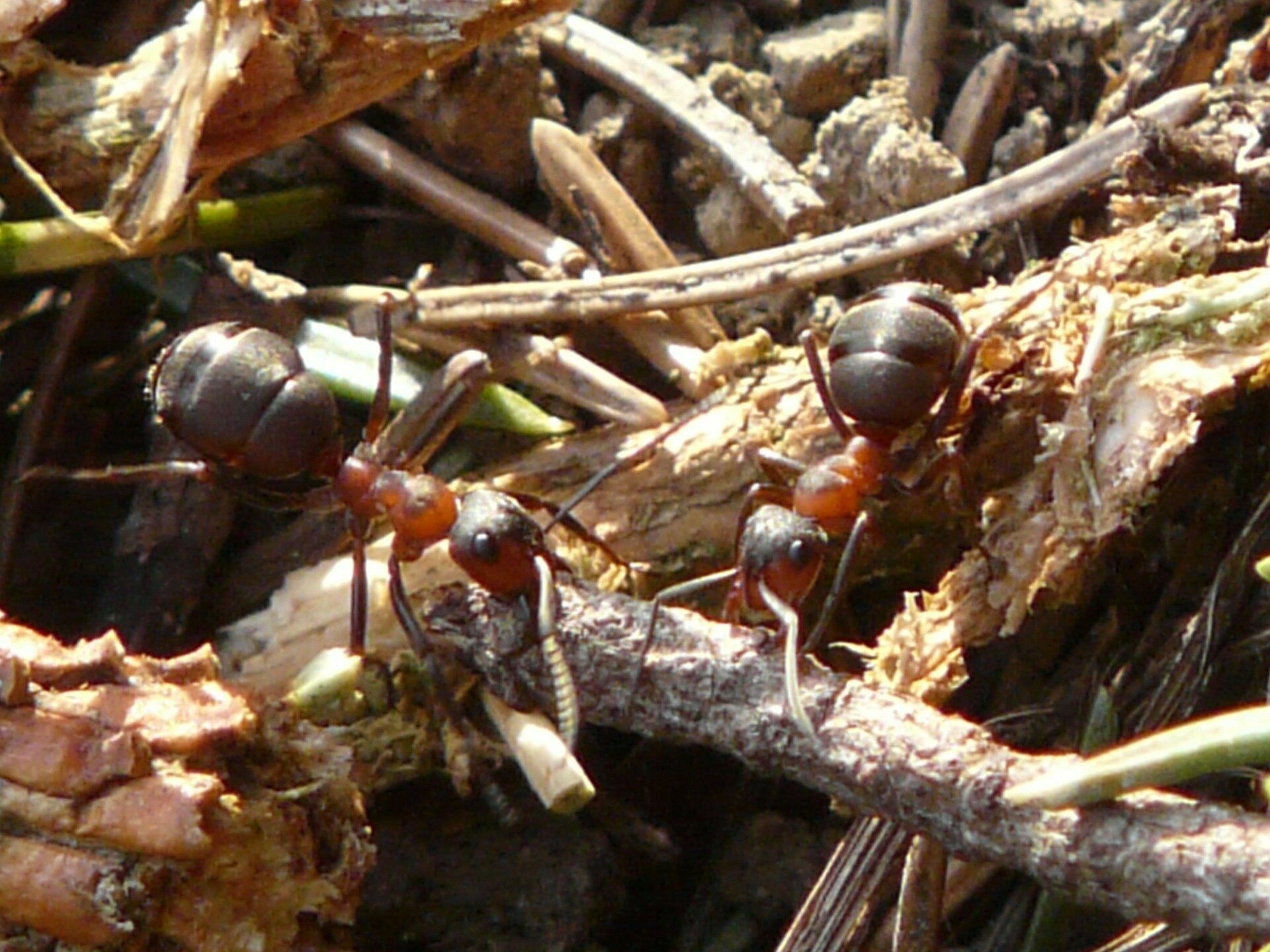