Hot springs, which can source deep groundwater, are one of the places on the surface where there is evidence of rainwater circulating to depths of two kilometers and deeper.

New research doubles volume of salty water two to 10 kilometers beneath the surface that could store waste fluids, sequester carbon, and direct our search for extraterrestrial life.

Around 24 million cubic kilometers (5.8 cubic miles) of groundwater reside within the top two kilometers (1.2 miles) of Earth’s crust. This shallow groundwater is what we use for drinking and irrigation, and it’s mostly freshwater. But below that are vast reservoirs of brine, some of it hundreds of millions to more than a billion years old, locked away in the rocks. The question was: How much is there?

“This estimate expands our conceptual and practical understanding of the amount of water that Earth holds, and it adds a whole different dimension to the hydrologic cycle,” said Grant Ferguson, a hydrogeologist at the University of Saskatchewan who was lead author of the new study in the AGU journal Geophysical Research Letters, which publishes high-impact, short-format reports with immediate implications spanning all Earth and space sciences.

While this deep groundwater cannot be used for drinking or irrigation, accurate estimates of deep groundwater volume and connectivity are necessary for safely planning other subsurface activities, such as hydrogen production, nuclear waste storage and carbon sequestration. Potential storage sites need to be big enough and sealed off from surface aquifers to avoid contaminating usable, shallow groundwater. Comparing the relative sizes of the planet’s water reservoirs, groundwater—both shallow fresh water and deeper, salty water—make up about 60% of water on land, while ice sheets are close to 40%. The new study approximately doubled the size of the deep saline groundwater reservoir. Credit: AGU/Geophysical Research Letters

Because these deep reservoirs can be disconnected from shallow aquifers, in some places the brine has been trapped for geologic spans of time. In addition to offering insights into past conditions on Earth’s surface, these ancient waters may also support microbial ecosystems still active today. Such deep subsurface biological communities inform mission planning for exploring potential habitable zones elsewhere in the Solar System.

Scientists can estimate deep groundwater volume by calculating how much water different rock types, which have different porosity (amount of empty space), can hold. Previous estimates of deep groundwater between two and 10 kilometers only focused on crystalline rocks with low porosity, like granite. The new study added the volume from buried sedimentary rocks, which are more porous than crystalline rocks, which they estimated is around 8 million cubic kilometers. That’s roughly 339 times the volume of Lake Baikal.

Because much of this groundwater is so deep and often within rocks with very low permeabilities, the water can’t easily circulate or flow to the surface, largely cutting it off from the planet’s hydrologic cycle. The salty water can be around 25% denser than seawater, which makes it very difficult to “flush out” the system. But areas with high elevation near low elevation can have pressure differences that let shallow water flow to greater depths, like the water pressure created by storing water in a water tower. Surface waters likely to have circulated deeper than 2 kilometers have only been documented in a few places in North America, with the deepest circulation near the Rocky Mountains in northwestern Wyoming and southern Alberta.

While vast, this deep groundwater will not solve the world’s water shortages. It is not feasible to rely on desalinating this brine and using it as a source of water for drinking or irrigation, according to the study’s authors.

“We still have this precious and finite volume of groundwater on planet Earth that we need to protect,” said hydrologist Scott Jasechko at the University of California-Santa Barbara, who was not involved in the new study.

Deep groundwater is important for storing waste fluids from oil and gas production and for carbon sequestration. By better quantifying how large these deep reservoirs are, as well as how disconnected from shallower groundwater they are, scientists can determine which are safest to use for long-term subsurface storage.

The new findings could also aid the search for extraterrestrial life by letting scientists study environments similar to where microbial communities could exist on other planets. Microbial life can survive in a variety of complex environments, from extremely acidic conditions to high temperatures, and deep in the Earth’s crust is no exception: microbes have been discovered as deep as 3.6 kilometers (2.2 miles) in the continental crust.

To Jennifer Biddle, a microbiologist at the University of Delaware who was not involved in the study, doubling the estimates of deep groundwater means doubling the potential size of the enigmatic deep microbial biosphere too.

“If you have liquid water, there’s a good chance that there are microbes there,” Biddle said. Subsurface organisms essentially survive on water and rocks instead of water and sunlight. “In these microbial systems, they’re able to live off of [chemicals]. As long as there are chemicals around that they can put together in a way that produces energy, microbes are able to use that for life.”

That flexibility means Martian microbes could be hiding in the red planet’s own deep crustal groundwater, if it’s down there.

“If there is deep groundwater on Mars, it’s completely feasible that if Mars was inhabited in the past, that deep groundwater could potentially have remnant microbes,” not unlike the ancient water on Earth, Biddle said. “So deep groundwater habitats could be great analogues for other planetary bodies like Mars or Enceladus—a moon of Saturn—that definitely has deep water.” 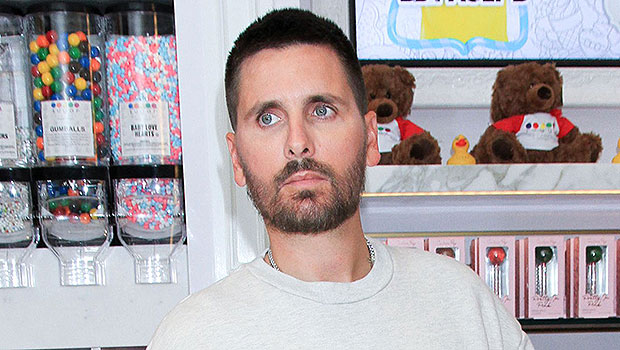