Wind the cosmic clock back a few billion years and our Solar System looked much different than it does today. About 4.5 billion years ago, the young Sun shone much like it does now, though it was a little smaller. Instead of being surrounded by planets, it was ensconced in a swirling disk of gas and dust. That disk is called a protoplanetary disk and it’s where the planets eventually formed.

There was a conspicuous gap in the early Solar System’s protoplanetary disk, between where Mars and Jupiter are now, and where the modern-day asteroid belt sits. What exactly caused the gap is a mystery, but astronomers think it’s a sign of the processes that governed planet formation.

A group of scientists have published a paper outlining the discovery of this ancient gap. The lead author is Cauê Borlina, a Planetary Science Ph.D. student in the Department of Earth, Atmospheric, and Planetary Sciences (EAPS) at the Massachusetts Institute of Technology (MIT). The title of the paper is “Paleomagnetic evidence for a disk substructure in the early solar system.” It’s published in the journal Science Advances.

Thanks to facilities like the Atacama Large Millimeter/sub-Millimeter Array (ALMA), astronomers are getting better at looking at younger solar systems that still have protoplanetary disks and are still forming planets. They often have conspicuous gaps and rings that are evidence of planets forming. But how exactly it all works is still a mystery.

“Over the last decade, observations have shown that cavities, gaps, and rings are common in disks around other young stars,” says Benjamin Weiss, study co-author and professor of planetary sciences in MIT’s Department of Earth, Atmospheric and Planetary Sciences (EAPS). “These are important but poorly understood signatures of the physical processes by which gas and dust transform into the young sun and planets.” ALMA’s best image of a protoplanetary disc to date. This picture of the nearby young star TW Hydrae reveals the classic rings and gaps that signify planets are in formation in this system. Credit: S. Andrews (Harvard-Smithsonian CfA); B. Saxton (NRAO/AUI/NSF); ALMA (ESO/NAOJ/NRAO)

The evidence for a gap in our own Solar System’s protoplanetary disk some 4.5 billion years ago comes from the study of meteorites. This is an image of a chondrite named NWA 869 (Northwest Africa 869) found in the Sahara Desert in the year 2000. There are both metal grains and chondrules visible in the cut face. Image Credit: H. Raab (User: Vesta), Wikimedia Commons, CC BY-SA 3.0

In this study, the group analyzed chondrules from two carbonaceous meteorites discovered in Antarctica. They used a device called SQUID, or Scanning superconducting Quantum Interference Device. SQUID is a high-sensitivity, high-resolution magnetometer used on geologic samples. The team used SQUID to determine the ancient original magnetic field for each chondrule in the meteorites.

The study is also based on a phenomenon called the isotopic dichotomy. Two separate families of meteorites have fallen to Earth, each with a different isotopic composition, and scientists concluded that the two families must have formed at different times and places in the early Solar System. The two types are called carbonaceous (CC) and non-carbonaceous (NC). CC meteorites likely contain material from the outer Solar System, while NC meteorites likely contain material from the inner Solar System. Some meteorites contain both isotopic fingerprints, but that’s very rare.

The two meteorites that the team studied are both CC types from the outer Solar System. When they analyzed them, they found that the chondrules showed stronger magnetic fields than NC meteorites they had analyzed previously.

The magnetic field indicates how a solar system accretes material. The more powerful the field the more material it can draw in. The strong magnetic fields apparent in the chondrules of the CC meteorites shows that the outer Solar System was accreting more material than the inner region, which is apparent from the sizes of the planets. The authors of this paper concluded that this is evidence for a large gap, which somehow prevented material from flowing into the inner Solar System.

“Gaps are common in protoplanetary systems, and we now show that we had one in our own solar system,” Borlina says. “This gives the answer to this weird dichotomy we see in meteorites, and provides evidence that gaps affect the composition of planets.”

It all combines into robust evidence for a large, unexplained gap in the early Solar System. Jupiter is by far the most massive planet so it’s a good place to start to understand how all this played out in our own Solar System. As Jupiter grew, its powerful gravity may have played a role. It could’ve swept gas and dust away from the inner Solar System towards the outskirts, leaving a gap between it and Mars in the evolving disk.

Another possible explanation stems from the disk itself. Early disks are shaped by their own powerful magnetic fields. When these fields interact with one another they can create powerful winds that can displace material and create a gap. Jupiter’s gravity and the magnetic fields in the protoplanetary could have combined to create the gap.

But what caused the gap is just one question. The other question is what role did it play? How has it helped shaped everything since it formed over four billion years ago? According to the paper, the gap itself may have acted as an impassable barrier that kept material from either side from interacting. On the inside of the gap are the terrestrial planets and on the outside of the gap are the gaseous worlds.

“It’s pretty hard to cross this gap, and a planet would need a lot of external torque and momentum,” said lead author Cauê Borlina in a press release. “So, this provides evidence that the formation of our planets was restricted to specific regions in the early solar system.” Pegasus spyware found on nine US diplomatic phones
55 seconds ago

Already a UFC legend, Jose Aldo is still in the championship hunt, with Rob Font in his way
2 mins ago 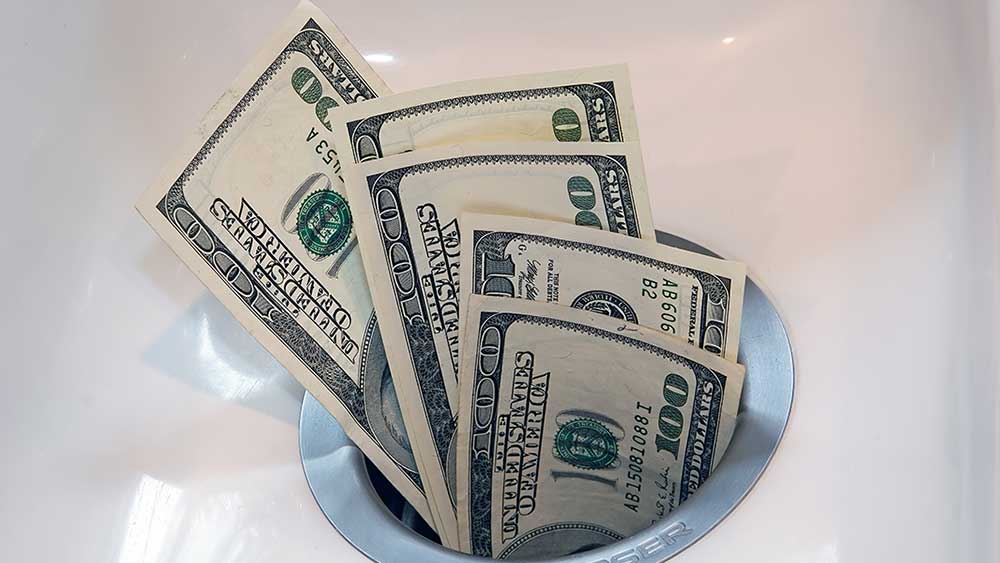