As a middle schooler, one of my life goals was the Presidential Fitness Award—an accolade given to those who passed a series of gym-class tests that included doing a number of pull ups, running a mile, and, among other things, the sit and reach: A flexibility test in which one sits with their legs outstretched in a V position and reaches their fingertips as far past their ankles as they can manage. That’s where things went sour for me. I could never reach quite far enough to be a presidential fitness scholar.

The sit and reach is essentially a modified version of another popular stretching exercise: touching your toes. For many people, such a maneuver is an easy way to begin or end any sort of workout. It’s part of the warm up or cool down routine in countless youth sports programs and gym classes.

And for good reason. For most people, toe touching is among the easiest stretching exercises to do, and it incorporates a number of different muscle and joint groups. But for me (and many of my peers) it’s sheer agony. Why? It turns out that the ability to touch your toes is the summation of a number of different physiological factors, many of which we have no control over.

“The two biggest factors are the flexibility of your hamstrings and and the range of motion of your hip joints,” says Jeffrey Jenkins, a physiologist at the University of Virginia School of Medicine. “But the other big factor is the relative length of your arms and your torso to your legs.”

Hamstrings are the set of three muscles that rest behind the thighs, running from your pelvis and hip area down to your knees. When you bend down to touch your toes, hamstrings do the most work. The range of motion of your hips is equally important. When you bend down to actually reach the ground, you have to be able to bend your hip joints forward. In conjunction with that, Jenkins says, you also have to be able to flex your lumbar spine. If you have an arched or a stiff back or a lot of injuries to your spine that inhibit your ability to bend forward, that could also alter how far down you can reach.

To a certain degree, you can work your hamstring muscles to make them more flexible. However, the flex your hips is beyond your control and unfortunately can’t be altered with any stretching program.

The other major physiological attribute that can’t be changed is the span of your arms and length of your torso compared to the height of your legs. Someone like Michael Phelps, who is famous for his long torso, long arms, and relatively short legs, would likely have no problem touching their toes without doing a single hamstring stretch. “On the other hand,” says Jenkins, “someone can be really flexible, but if their arms and hands are short relative to their legs, then even at their maximum flexibility they might still not be able to touch their toes, because their arms and fingers aren’t long enough to reach.”

Life is so unfair.

Why does the stretch even exist then?

Jenkins says that although there are some unjust aspects, overall the toe touch is not the worst measure of flexibility. There are ways to directly measure range of motion of specific muscle groups by using something called a goniometer, which calculates the exact angle of specific joints. But the toe touching exercise can also measure the flexibility of the whole body—to a certain degree.

“It involves the hamstrings, the hips, and the spine,” he says. “And, though it has it’s faults, I can’t really think of anything that’s that much better than it, in terms of easily measuring someone’s flexibility health.” Perhaps, he says, the straight leg raise—starting in a supine position, a person raises one outstretched leg as far as possible while keeping the other leg straight and using a goniometer to measure the angle between the legs—is a better measure of just hamstring flexibility than touching the toes, since it takes the confounding variables of leg and arm length out of the equation.

But if you are flexibility inept like me, there are some thing you can do to improve the elasticity of the body you have. It might not get you that coveted Presidential Fitness Award (though apparently President Obama did away with that back in 2012 anyway), but it could at least help you reach your ankles without experiencing excruciating pain and humiliation in your yoga classes.

Your muscle groups contain cells called muscle spindles. Whenever you stretch a muscle, these sensory receptors tell neurons within the muscle to fire a signal back to the central nervous system through the spinal column. This causes your muscles to contract, tighten, and resist the force to be stretched, resulting in that annoyingly painful feeling that most of us get when we first reach down to touch our toes or attempt to stretch other muscles. However, Jenkins says, if you are patient, this too shall pass.

If you hold the stretch for a minimum of six seconds, you can actually conquer the reflex. Around that time, the muscle’s golgi tendon organs—spindles of neurons that sit on the muscle fibers—kick in and inhibit muscle contractions, allowing your muscles to relax and lengthening the stretching you can do.

“That’s why we tell people to hold a stretch for at least 15 seconds. Often, it’s even better to hold it for 30 or 60 seconds,” says Jenkins. “The extra time ensures the the golgi tendon organ mechanism to kick in.” In fact, Jenkins says, there’s some preliminary evidence that holding static stretches for 30 seconds results in greater improvement in flexibility than holding it for 15 seconds, and just as much improvement as 60 seconds. And that one stretching session a day gave the same results as three times a day.

But for some people, the pain that accompanies those six seconds is just too severe. Certain folk’s central nervous systems interpret stretching as a more noxious stimulus than others. If you can get past that pain, then you can probably improve your flexibility. However, Jenkins cautions against enduring too much pain: If you’re in agony, you could be tearing a muscle. That’s not a good thing. And it’s hard to tell someone how to differentiate muscle tearing from the discomfort of the muscle contraction, Jenkins says, because experiences of pain are so subjective.

If you are able to push through what feels like a reasonable amount of pain and keep up a good stretching program, several studies suggest that you can actually elongate your muscle and build more sarcomeres and other structural units of muscle tissues. But most of what you are doing in a stretching program, Jenkins says, is training your nervous system to lose those intense inhibitory factors so your muscle fibers can relax more easily.

Okay, but how important is flexibility? Does it improve your overall health?

Generally speaking, more flexibility is a good thing. It promotes blood flow and, according to Jenkins, flexibility training and muscle elasticity itself can prevent certain kinds of injuries in sports and other recreational activities. “But in terms of specifically touching your toes, I am dubious about its effect on fitness and health because there are so many factors beyond your control,” says Jenkins.

He told me that I shouldn’t feel too bad about my toe touching deficiency. As a lifelong runner, I was concerned that perhaps my inflexibility could be affecting my running performance. But the opposite could also be true: There’s some evidence that improving flexibility in the lower limbs can actually decrease muscle strength and running efficiency.

So the next time I’m reminded of my inability to touch the floor, I’ll just remember that: My inflexibility might be making me a stronger, faster runner.

Is your head constantly spinning with outlandish, mind-burning questions? If you’ve ever wondered what the universe is made of, what would happen if you fell into a black hole, or even why not everyone can touch their toes, then you should be sure to listen and subscribe to Ask Us Anything, a brand new podcast from the editors of Popular Science. Ask Us Anything hits Apple, Anchor, Spotify, and everywhere else you listen to podcasts every Tuesday and Thursday. Each episode takes a deep dive into a single query we know you’ll want to stick around for.

Have a science question you want answered? Email us at [email protected], tweet at us with #AskPopSci, or tell us on Facebook. And we’ll look into it. 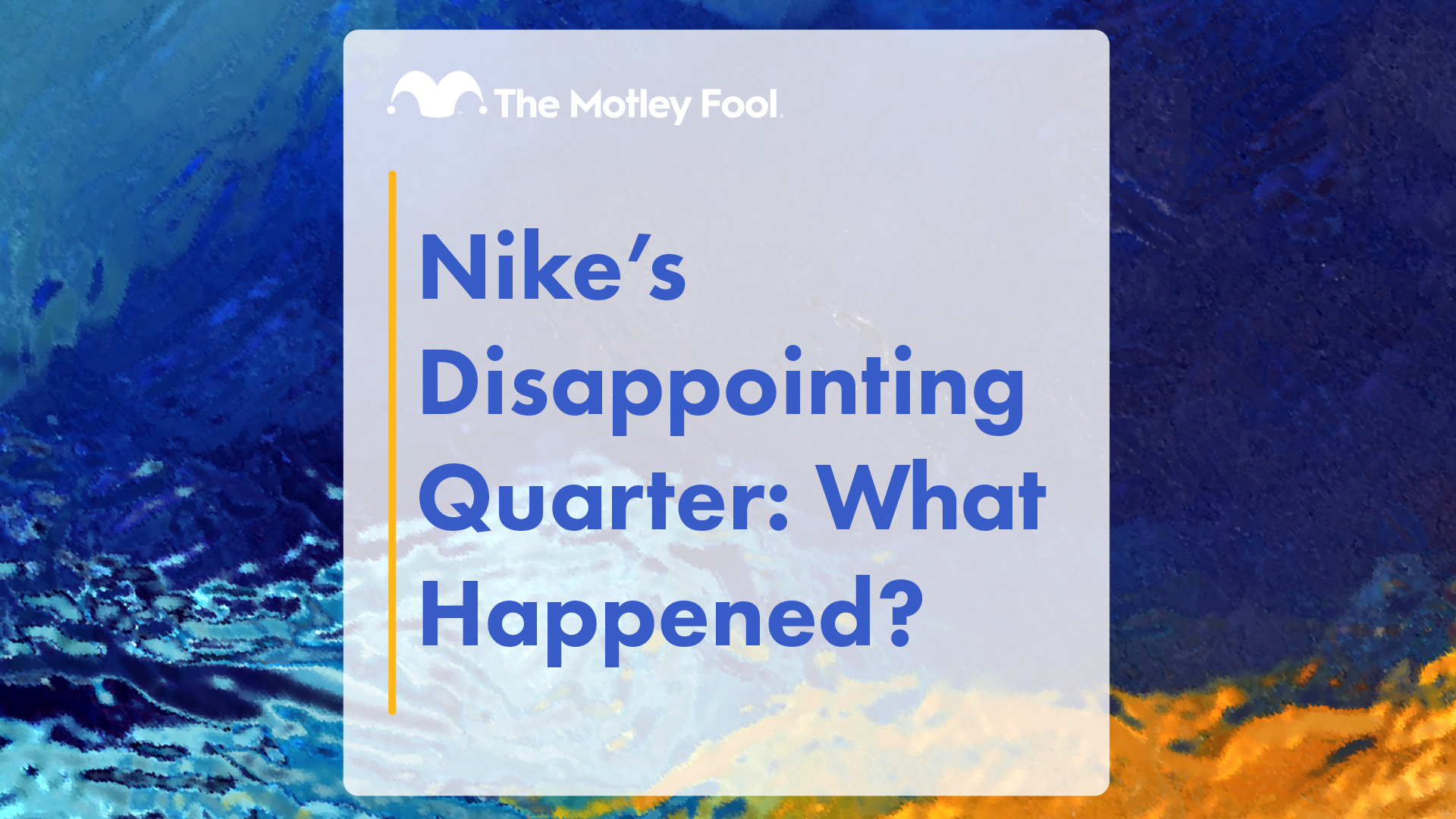 Nike’s Disappointing Quarter: What Happened? | The Motley Fool
4 seconds ago 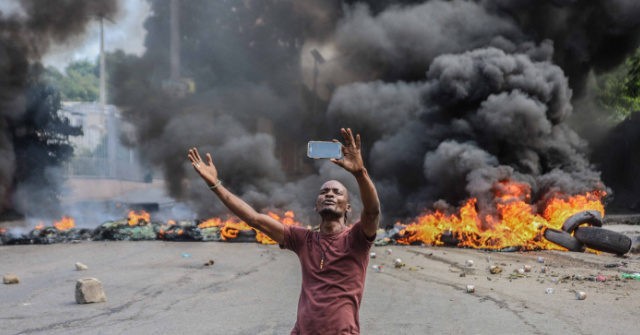