Private military contractor Erik Prince warned of further attacks on Kabul airport on Thursday as he condemned the decision to close Bagram air base in favor of a location surrounded by hills and four and half million people.

He is the latest operations expert to say that the U.S. operation has been badly hampered by relying on an airport in the middle of a city controlled by the Taliban.

The evacuation effort all but shut down after two suicide attacks killed dozens of people in Kabul.

Prince, who founded Blackwater and was condemned this week for offering flights out of Kabul for $6500 per passenger, said he feared more attacks.

‘I am very worried about attacks on any of the outgoing aircraft,’ he told Steve Bannon’s War Room podcast.

‘Again, the individual in the US government who decided to give up Bagram, our largest airbase in the region –  which is actually defendable – to say we’re gonna do our final staging out of Kabul, a, an airport in the middle of a city of four and a half million surrounded on hills by three sides, where just ten guys, with a couple of motor tubes can shut the whole place down and destroy billions of dollars of US aircraft and kill 1000s of people on those aircraft, and that’s what I’m afraid we’re in store for over the next few days, a few hours.’

Erik Prince, Blackwater founder, said the U.S. should have kept Bagram air base open and warned of more attacks against Kabul airport Abandoning Bagram air base before withdrawing American civilians and Afghan allies was a major tactical mistake, according to senior national security experts, leaving U.S. forces reliant on a civilian airport, with a single runway in the heart of a city controlled by the Taliban Bagram was once the hub for the entire U.S. and NATO operation in Afghanistan. An hour’s drive from the Afghan capital it was the epicenter of Operation Enduring Freedom

He spoke after the Department of Defense confirmed that U.S. military personnel were among the dead in Kabul.

The comments follow a string of other experts who have said Bagram, 25 miles to the north of the Afghan capital, would have provided a more secure evacuation hub.

Last week, Bill Roggio, an army veteran and a former soldier and senior fellow at the Foundation for Defense of Democracies, demanded the resignation of the Centcom Commander U.S. Marine Corps Gen. Frank McKenzie for closing the base.

‘You do not need to be a West Point and War College grad, or a grand strategist to know this was a recipe for disaster,’ he said.

‘2nd lieutenants know this plan is a dumpster fire. Our general officer class as a whole is rotten to the core and must be held accountable.’

But others disagree. A number of CIA veterans who have served at the base, told DailyMail.com it could be reached only by a single asphalt road, crossing two ridge lines and passing through built up areas outside Kabul, providing several ambush points.

U.S. troops closed the hub of their Afghan military operations in early July. They slipped out of Bagram Air Base in the middle of the night, turning off the electricity without informing the Afghan commander who was due to take over.

Last week Gen. Mark Milley, chairman of the joint chiefs of staff, said his orders were to secure the embassy and that he did not have sufficient troops to also keep Bagram open

‘If we were to keep both Bagram and the embassy going that would be a significant number of military forces, that would have exceeded what we had,’ he told reporters.

‘We had to collapse one or the other.’ U.S. troops slipped out of Bagram Air Base at night on July 2. Afghan forces surrendered to the Taliban on Sunday. Security experts said it should have been the last thing to close as U.S. forces headed home

Prince’s comments come after he was criticized for charging for his rescue efforts.

‘I don’t think any human being who has a heart and soul would support efforts to profit off of people’s agony and pain if they’re trying to depart a country and fearing for their lives,’ she said.

Prince, a staunch supporter of Donald Trump, whose sister Betsy DeVos served as Trump’s education secretary, has long been a highly controversial figure.

He first came under international scrutiny after his Blackwater contractors killing 17 Iraqi civilians in 2007.

But military experts said private military contractors were part of any conflict, charging clients for security, advice and assistance. Prince’s effort was no different, they said.

Prince defended his actions, saying the criticism was a ‘badge of honor.

‘I’m certainly not in to make money.. But like I said before, I can’t just will an owner of an aeroplane to fly their uninsured jet into a war zone to rescue people,’ he said.

‘I have to charge something.’ 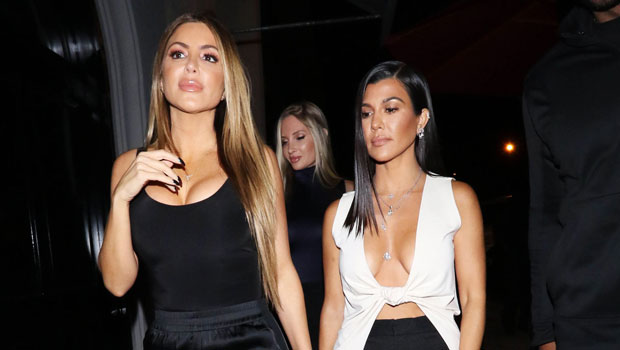