Hugely popular spin-off from The Good Wife. Middle-aged lawyer Diane Lockhart (Christine Baranski), who has had her savings wiped out in a scam, starts again by joining a mostly black Chicago firm that specialises in taking won police-brutality cases.

Middle-aged lawyer Diane Lockhart (Christine Baranski, above, with co-stars Cush Jumbo and Delroy Lindo), who has had her savings wiped out in a scam, starts again

The storylines often reflect political issues of the day, the show is packed with memorable characters and has a reputation for its excellent guest stars, such as Gina Gershon as (possibly) Melania Trump, and Michael J. Fox, who plays a devious lawyer. All4, series 1-4 all available now

The eagerly awaited sixth series of Steve Pemberton and Reece Shearsmith’s darkly amusing and oh-so-clever anthology series is nigh, so now is the perfect time to remind yourself of classic entries in its first five runs. BBC iPlayer, available now

Snow Leopards: Ghosts In The Snow Dan O’Neill begins in the capital Bishkek, where he reveals why these majestic creatures (above) were almost hunted out of existence following the collapse of the Iron Curtain

Film-maker Dan O’Neill fronts a stunning four-parter in which he learns how snow leopards are being saved from extinction in Kyrgyzstan. He begins in the capital Bishkek, where he reveals why these majestic creatures were almost hunted out of existence following the collapse of the Iron Curtain and meets those who have dedicated their lives to helping them thrive again. BBC iPlayer, available now

Stephen Frears’s Oscar-winning period drama from 1988 is based on Christopher Hampton’s acclaimed play, itself an adaptation of the 1782 French novel Les Liaisons Dangereuses by Pierre Choderlos de Laclos. Oscar-nominated duo Glenn Close and Michelle Pfeiffer are both top notch, with John Malkovich (above, with Close and Pfeiffer) as the seductive villain Valmont

Two aristocrats occupy themselves by ruining the lives of three people, only to pay a hefty price for their amusement. Oscar-nominated duo Glenn Close and Michelle Pfeiffer, as well as Uma Thurman and Keanu Reeves, are all top notch, with John Malkovich as the seductive villain Valmont. BBC iPlayer, available now

Sally Hawkins and Elaine Cassidy star in a deliciously dark Victorian thriller, based on Sarah Waters’s novel and involving an ambitious con, a den of thieves and a lunatic asylum.

It’s now so popular that tonight’s series finale will make the national news tomorrow. Here’s a chance to catch the first four series of the UK’s favourite corrupt-cops show. Emily Watson and Ben Chaplin star in this steamy four-parter in which a doctor begins a dangerous affair with a man she hardly knows.

It’s 17th Century Amsterdam and a newly married young woman (The Queen’s Gambit star Anya Taylor-Joy) is drawn into a mystery with a strange doll’s house at the heart of it.

All eight series of this hugely successful show are available to stream as we follow DCS Foyle (Michael Kitchen) and his driver Sam (Honeysuckle Weeks) catching crooks on the South Coast during the war.

7 All Creatures Great And Small

Charming 2020 adaptation of the beloved James Herriot books about three vets living in the Yorkshire Dales in the 1930s.

When an exasperated adult slaps a misbehaving child at a party, the kid’s parents press charges, and the consequences are far-reaching.

Prunella Scales and Geraldine McEwan are the eponymous pair, battling it out for social supremacy in the seaside town of Tilling (based on Rye) in this delightful satire.

First two series of the cult favourite in which Gary Sparrow (Nicholas Lyndhurst) is a TV repairman in 1990s Britain but a secret agent songwriter in the Second World War era, to which he travels through a time portal.

If you want to get all the jokes, it will help if you’ve played a video game or two, as this workplace sitcom is set in the studio of Mythic Quest, the world’s most popular fantasy game. It’s about the engineers, coders and testers struggling to keep their game at the top. One of its stars, Rob McElhenney, is in real life the co-owner, with Ryan Reynolds, of Wrexham AFC, which explains the appearance of the Welsh football club’s crest in one episode. Apple TV+, from Friday

The Sons Of Sam

In 1977, David Berkowitz, aka Son of Sam, admitted to a string of killings in New York. Initially, the serial killer claimed that his neighbour’s dog was possessed by a demon and had forced him to kill.

However, his story has changed several times over the years and he now insists he was part of a satanic cult and did not act alone in the killings, mostly of young women. In 1977, David Berkowitz (above), aka Son of Sam, admitted to a string of killings in New York. Initially, the serial killer claimed that his neighbour’s dog was possessed by a demon

There are plenty who believe him, including author Maury Terry, and this four-part documentary series examines the possibility that he could be telling the truth. Are his accomplices still out there? Netflix, from Wednesday

Scottish writer Mark Millar is best known for Kick-Ass and Kingsman, but fans have been awaiting an adaptation of his comic-book series Jupiter’s Legacy ever since it was mooted in 2018. The plot focuses on the offspring of a group of superheroes who are entrusted with keeping Earth safe from evil. Josh Duhamel and Elena Kampouris (above) star

The plot focuses on the offspring of a group of superheroes who are entrusted with keeping Earth safe from evil. But the kids appear to be more interested in partying. Josh Duhamel and Elena Kampouris star. Netflix, from Friday

The anthology series inspired by the Steven Soderbergh film returns for its third run. This time Julia Goldani Telles stars as Iris, who juggles her neuroscience studies with her work as an escort in London. This time Julia Goldani Telles (above) stars as Iris, who juggles her neuroscience studies with her work as an escort in London

She embarks on a journey of discovery after realising her clients can offer her a way into the tech world she craves. Seasons one and two of the Golden Globe-nominated drama are also available. Starzplay, from Sunday

The reception for Christopher Nolan’s 2020 sci-fi epic was more mixed than for his previous film, Dunkirk, possibly because it’s debatable whether the plot – about efforts to manipulate time to prevent World War Three – actually makes much sense. However, what is undeniable is that in terms of spectacle, Tenet is second to none. Perhaps it’s best to heed the advice of weapons expert Barbara (Clémence Poésy), who tells the Protagonist (John David Washington): ‘Don’t try to understand it. Feel it.’

Nicola Walker has recently been winning plaudits for Unforgotten but she’s just as good in this excellent 2015 series created by Abi Morgan. Detective John River (Stellan Skarsgard) chats to his partner, Detective Sergeant Jackie ‘Stevie’ Stevenson (Walker), as they work on a murder case. The problem is, it’s Stevie’s murder that they’re investigating. Skarsgard is stellar as the mentally ill cop who sees dead people – not just Stevie – and Walker is, as always, brilliant as his late sidekick. BritBox, from Thursday

Exterminate All The Brutes Oscar-nominated film-maker Raoul Peck’s latest project is a hard-hitting four-part documentary (above) exploring the history of genocide, colonisation and imperialism

Already acclaimed in the US, it’s now receiving a timely airing on this side of the Atlantic. Alongside expert testimony, Josh Hartnett stars in dramatic reconstructions of various events. Sky/NOW, available now 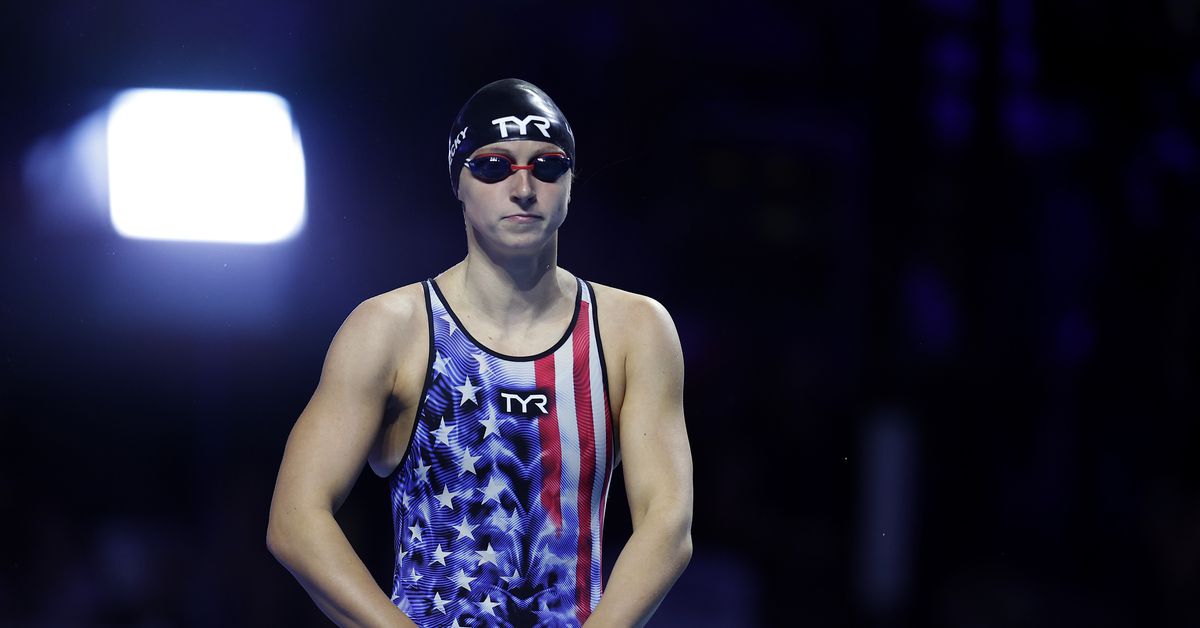 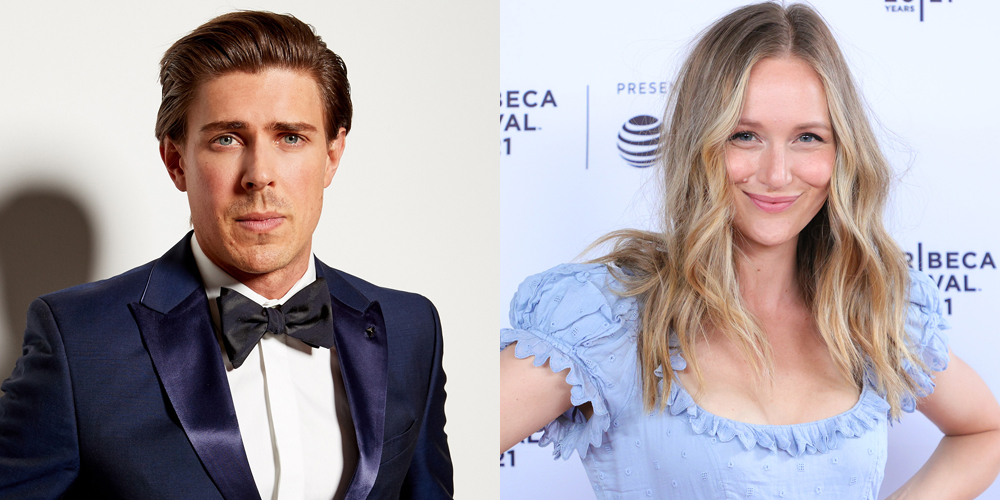 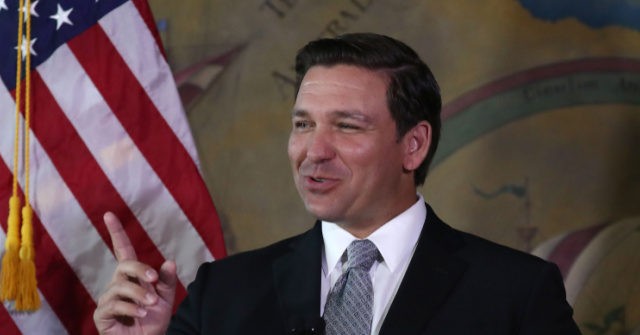