Sajid Javid today revealed the Government has bought hundreds of thousands of ‘game-changing’ pills Brits can take to fight off Covid at home this winter.

The Health Secretary said the UK bought 480,000 antiviral molnupiravir pills made by US pharmaceutical company Merck and 250,000 PF-073 courses from Belgian firm Pfizer, which makes the vaccine currently deployed for booster jabs in the UK.

Officials did not disclose how much the drugs cost the Department of Health and Social Care (DHSC) but the US in June spent $1.2billion (£869million) on an order of 1.7million molnupiravir courses. If the drugs are priced the same in Britain they are likely to have cost around £245million.

At a manufacturing cost of just $17.74 (£12.84) — according to a report by the Harvard TH Chan School of Public Health and King’s College Hospital — that would represent a mark-up of 40 times what it takes to produce.

The drugs are pending approval by the Medicines and Healthcare products Regulatory Agency (MHRA) but Merck’s pills are expected to be available from ‘the summer’, according to Mr Javid.

A landmark study at the start of the month showed the drug can cut hospitalisations and deaths by up to 50 per cent. It works by disrupting the Covid virus’s ability to reproduce in the human body.

Pfizer’s treatment — which is a combination of an other antiviral used in combination with ritonavir, which is usually used to treat HIV — has yet to finish clinical trials and is therefore not expected to be approved until later in the year, with officials predicting it will be sanctioned from mid-December at the earliest and January at the latest.

Former Health Secretary Matt Hancock set up the Antivirals Taskforce in April to help add to the NHS’s arsenal of treatments for Covid.

It aimed to have two new drugs available by the end of year — something which it will have failed to do should Pfizer’s pill not be is not approved before January.

They are committed to finding ‘novel antiviral medicines’, the Department of Health said, meaning drugs not currently being used by the NHS or sold commercially are being pushed through clinical trials over the summer.

A landmark study at the start of the month showed molnupiravir can cut hospitalisations and deaths by up to 50 per cent. It works by disrupting the Covid virus’s ability to reproduce in the human body Speaking at the Downing Street press conference this evening, Mr Javid said: ‘I am pleased to announce that we have signed two landmark deals, securing hundreds and thousands of doses of two new antivirals from Pfizer and Merck’ Officials did not disclose how much the drugs cost the Department of Health and Social Care (DHSC) but the US in June spent $1.2billion (£869million) on an order of 1.7million molnupiravir (left) courses. Health Secretary Sajid Javid (pictured right, outside No10 today) says he is ‘delighted to confirm we may soon have a new defence in our arsenal’

What are the antiviral drugs the UK has bought?

The UK has bought two antiviral drugs to help fight Covid this winter, they are called molnupiravir and Pf073.

Merck, a US pharmaceutical company

How effective is it?

A recent trial of the pill in almost 800 patients found that molnupiravir cut hospitlisation and death rates in half for people at high risk of a severe illness from Covid.

How much has the UK ordered?

What does it cost?

Merck has charged the US government about $700 (£500) per course of the drug. Though it is reported to cost just under £13 to make.

What does it do?

Late stage human trials on the pill were launched in September. In this trial half of the 2,660 people participants, who are living with someone who has tested positive for Covid, will be given the pill and the other half a placebo.

Scientists will then assess if the pill is effective at preventing infection 14 days later.

How much has the UK ordered?

What does it cost?

There has been no announced cost for the drug.

The drugs will be given to those most vulnerable to serious illness with Covid, which will be determined by GPs with the aid of DHSC.

They will be given to those have been vaccinated or unvaccinated alike and officials will collect data on how effective they are in the real world. The study on molnupiravir was on an unvaccinated population, so its effectiveness at reducing 50 per cent of serious disease could over- or underestimate its true efficacy.

Speaking at the Downing Street press conference this evening, Mr Javid said: ‘I am pleased to announce that we have signed two landmark deals, securing hundreds and thousands of doses of two new antivirals from Pfizer and Merck.

‘These antivirals have the potential to speed up recovery time and to stop infections from progressing. If these treatments get MHRA approval then we can provide some of the most vulnerable patients with vital protection this summer.

‘And I want to deploy them as quickly as possible. I’d like to thank everyone who’s been involved in this, especially the Antivirals Taskforce under the leadership of Eddie Gray for everything they’ve done to make this happen and we’ll keep working on to secure more of these treatments so we can continue to treat as many people as possible.’

Antivirals are treatments used to either treat those who are infected with a virus or protect exposed individuals from becoming infected.

They target the virus at an early stage, preventing progression to more severe, or even critical, symptoms.

The Antivirals Taskforce will continue to look at a number of further options, ‘spanning a range of different antiviral mechanisms, the DHSC said.

Chair of the Antivirals Taskforce Eddie Gray said: ‘This is a very important development in our mission to find antivirals for those exposed to Covid, supporting the renowned vaccination programme and the NHS over the coming months.

‘Should they be approved by the medicines regulator, we could see these treatments rolled out to patients this winter, providing them with vital protection.’

Deputy Chief Medical Officer Professor Jonathan Van-Tam said: ‘The Covid vaccines and therapeutics that have been rolled out to tens of millions of UK patients have had a critical impact on this pandemic, and antivirals bring another key intervention to the table.

‘They will be particularly vital in protecting those who may not get the same antibody response to the vaccines as the majority of the population.

‘We will now work quickly to ensure the right cohorts of people receive these treatments as soon as possible, should they be approved by the MHRA.’

Richard Torbett, Chief Executive, the Association of the British Pharmaceutical Industry, said: ‘Vaccines have already done so much to help break the link between infections and hospitalisations. Antivirals are another line of defence for the most clinically vulnerable and patients that are seriously ill with Covid.

‘This is good news and another example of how the pharmaceutical industry and the government are working together to make sure we have as many effective tools as possible to tackle this pandemic.’

If approved, the two drugs will be added to the arsenal of drugs already available to NHS doctors.

Dexamethasone was the first to be given the green light last June, but it is only given to patients already ill in hospital.

And tocilizumab, which is given through an injection, is also only given to hospitalised patients.

But budesonide, a drug taken as an inhaler, can be prescribed to infected over-65s or over-50s who are at risk of the virus.

UK doctors hailed the results of the molnupiravir trial as a breakthrough in the fight against Covid, though some have also urged caution until more detail is revealed. Merck’s chief science officer Daria Hazuda said she though the results were ‘game-changing’.

Dr Simon Clarke, a cellular microbiologist at the University of Reading, described the trial results as promising.

‘Although the trials data are yet to be peer-reviewed, the claimed 50 per cent reduction in hospitalisation and death in early-stage infections would be impressive,’ he said. However, Dr Clarke said more detail on the potential side affects of the experimental drug was needed.

The trial tracked 775 adults with mild-to-moderate Covid who were considered higher risk for severe illness due to health problems such as obesity, diabetes or heart disease.

Among patients taking molnupiravir, 7.3 per cent were either hospitalised or died at the end of 30 days, compared with 14.1 per cent of those getting the dummy pill.

The results were released by the company and have not been peer-reviewed, but Merck says it plans to present them at a future medical meeting.

An independent group of medical experts monitoring the trial recommended stopping it early because the interim results were so strong.

‘It exceeded what I thought the drug might be able to do in this clinical trial,’ Dr Dean Li, vice president of Merck research, said.

‘When you see a 50 per cent reduction in hospitalization or death, that’s a substantial clinical impact.’

Drugs proven to work in the fight against Covid

What studies showed it could do: Experts at the University of Oxford found that in two weeks, 32 per cent of people recovered from Covid when taking the drug through an inhaler, compared to 22 per cent without it. Budesonide is a corticosteroid, which means it reduces swelling inside the body and helps control immune reactions

What it costs: around £15 for one inhaler

Manufactured by: Companies including Aspen and Hikma Pharmaceuticals

Who it is given to: Some patients hospitalised with the virus

What studies showed it could do: A trial by the RECOVERY group found that the cheap steroid can prevent death in one in eight ventilated coronavirus patients and one in 25 on breathing support. The steroid prevents substances in the body from being released that cause inflammation, which makes breathing difficult in Covid patients.  It is given as either an injection or a daily tablet

What it costs: around £5 per patient

Manufactured by: Companies including Roche

Who it is given to: some hospitalised Covid patients

What studies showed it could do: A RECOVERY trial found that arthritis drug cut the risk of death by an extra four per cent, on top of the 20 to 35 per cent reduction given by dexamethasone.  This means one extra life could be saved for every 25 people given the drug. It was also found to cut the time spent in hospital by five days. It prevents a reaction in the lungs and airways that leads to respiratory issues. It is given to patients through an injection into the veins and lasts four weeks at a time

Meadows Agrees to Cooperate in Capitol Attack Investigation
1 min ago 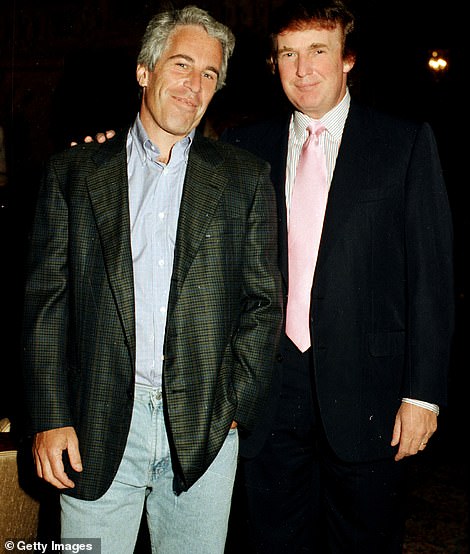 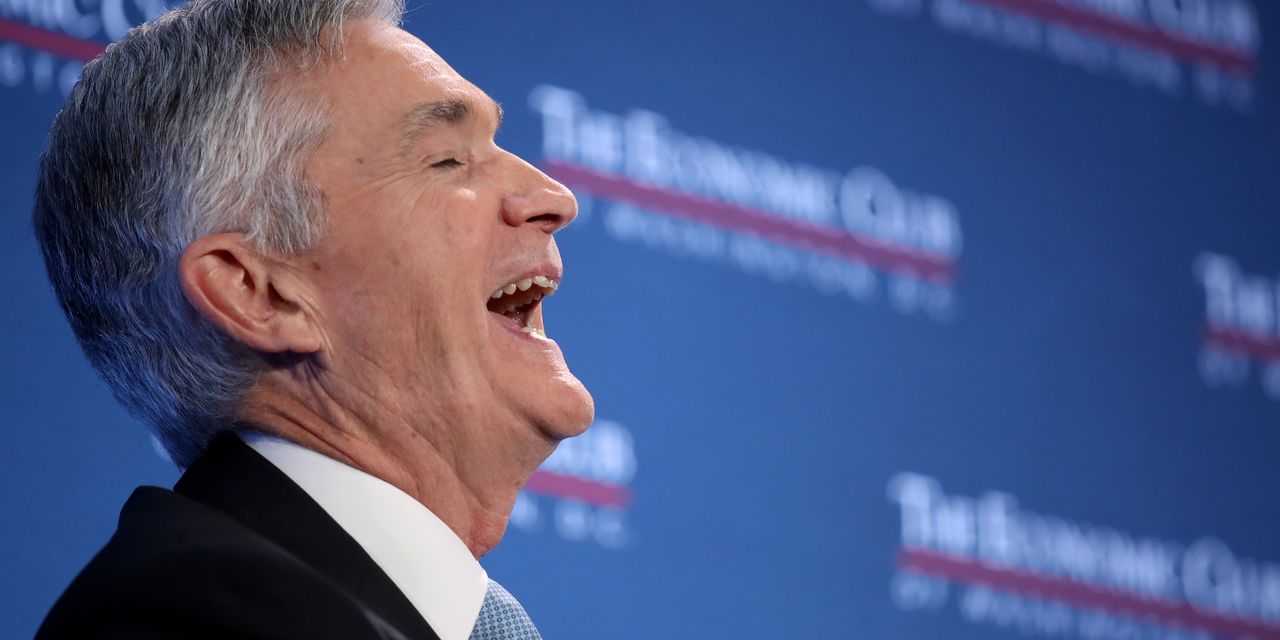