More than two thirds of people think that workers will never return to the office full-time after the coronavirus pandemic, according to a new poll.

Around 70% of people surveyed by YouGov for the BBC said workers would ‘never return to offices at the same rate’ as before the pandemic.

A study from researchers at Microsoft released last week also said that working from home reduces creativity, as well as communication and teamwork.

It comes after Boris Johnson revealed his ‘Plan B’ for tackling Covid over the winter and threatened to bring back wide-scale working from home rules if infections soared. The news sparked fury from pubs, shops and small businesses, but the new survey suggests that the majority of workers would still prefer to work from home either full-time or part time.

The new BBC survey also said that more than three-quarters of people believe their boss will allow them to continue to do so.

Despite this, the survey also acknowledged the negative aspect of remote workin with more than 60% fearing that young people would struggle to progress without face-to-face contact or in-person mentoring.

The research suggests that inequalities might also be worsened – though half of workers think women’s careers might be boosted by working from home.

Home working could be set to return after being eased over the summer after Mr Johnson’s top medical and scientific advisers warned this week that ‘winter is coming’ and he might need to ‘go early and go hard’ with restrictions.

But his winter plan has alarmed businesses and enraged Tory MPs, who heckled Sajid Javid in the Commons as he said it includes the ‘Plan B’ of making masks compulsory ‘in certain settings’, more working from home and social distancing if the NHS is under threat.

Experts said a return to working from home would cripple the economy and come at the worst possible time when companies are getting back on their feet.

UKHospitality Chief Executive Kate Nicholls said: ‘It’s critical for the recovery of the hospitality sector and the wider economy that businesses are allowed to continue to operate in viable conditions throughout this winter.

‘Hospitality venues are still in a fragile state with significant debts, making their first steps on the road to recovery and rebuilding broken balance sheets, any setbacks over the coming months will result in more businesses closures. ‘The announcement from the Secretary of State, the continued focus on vaccination roll out and boosters, is much welcome, as their success has been critical to protecting our healthcare system while allowing for the reopening of the economy and businesses to trade without restrictions.

‘However, we must caution Government that the introduction of those measures that are left in reserve for this winter, would have significant and drastic impacts on the sector.

‘The use of vaccine passports, logistically unworkable and with questionable effectiveness, will have a devastating effect on nightclubs and large-scale events.

‘These sectors have been hit hardest and have been at the very back of the queue for reopening and such measures would severely undermine their profitability and ability to recover over the winter months.

‘Similarly, work from home orders or guidance would have a significant impact on our city and town centres, not only damaged by restrictions and enforced closures but also significantly reduced footfall.’

Alan Thomas, UK CEO at Simply Business, one of the UK’s largest providers of small business insurance, said: ‘Small business owners will be breathing a sigh of relief knowing the Prime Minister is looking to avoid any further lockdowns.

‘Another lockdown would have a devastating impact on small businesses. Half (48 per cent) of all owners live in fear of future restrictions, and thousands would be put out of business – with almost one in six (15 per cent) saying they’d have to cease trading altogether if we were placed into another lockdown.

‘Few have been hit harder by the pandemic than SMEs, who have already lost a staggering £126.6billion. ‘This financial loss is devastating to both the livelihoods and families of small business owners, but it also represents a huge blow to the UK economy – SMEs make up 99 per cent of all UK businesses and contribute trillions of pounds a year in turnover.

‘Small businesses are crucial to our collective recovery, and the government must do what they can to support them – avoiding another lockdown will be central to helping the self-employed bounce back.’

However, Prof Andrew Hayward, a member of the Scientific Advisory Group for Emergencies, said working from home could make ‘a significant difference to transmission if we get into trouble’.

He told BBC Radio 4’s Today programme on Wednesday: ‘The most important and effective way of reducing spread of the virus is not to be in contact with other people.’ Your Guide to Ford Explorer Grilles
1 min ago

Your Guide to Ford Explorer Grilles 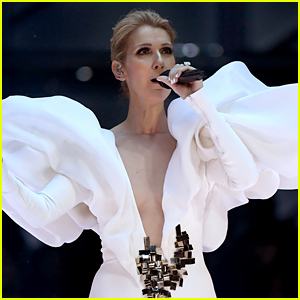