You might want to think twice before purchasing a ultraviolet (UV) light steriliser that claims to kill the bacteria and viruses, including coronavirus, according to a new investigation.

Consumer group Which? says some UV light products sold on online marketplaces may be ineffective or could pose safety risks to users.

It has long been known that UV light has a sterilising effect because the radiation damages the genetic material of viruses and their ability to replicate.

But UV light is a human health hazard because it can damage cells in our skin, potentially causing skin cancer, or eye problems like cataracts.

Which? stresses the public to avoid buying devices marketed as providing UV sterilisation, and instead use the traditional soap and water and hand santiser to keep skin clean and virus-free.

Consumers should also opt for bleach and detergents when cleaning high-touch surfaces around the home, especially as the lockdown starts to end and guests become allowed into people’s homes.

Which? is urging shoppers to think twice before buying UV light devices that claim to kill viruses and bacteria, as experts reveal some products may be ineffective or could pose safety risks to users (stock image of UV light lamp)

The three types of UV radiation are classified according to their wavelength.

They differ in their biological activity and the extent to which they can penetrate the skin.

The shorter the wavelength, the more harmful the UV radiation.

However, shorter wavelength UV radiation is less able to penetrate the skin.

The UV region covers the wavelength range 100-400 nm and is divided into three bands:

Short-wavelength UVC is the most damaging type of UV radiation.

However, it is completely filtered by the atmosphere and does not reach the earth’s surface.

UVC, the shortest-wavelength ultraviolet light, is the most germicidal in the UV spectrum, meaning it’s the best at killing germs, but also at damaging human skin.

UVC light has been used for years to help destroy bacteria and viruses in commercial and industrial locations such as hospitals, factories and water treatment plants.

But the pandemic has created a growing market for lamps, wands and sterilisation boxes that emit UVC light, marketed to consumers for use in the home.

‘While many consumers are keen to disinfect their homes thoroughly in light of concerns about Covid-19, they should take caution when shopping for UVC devices claiming to kill viruses and bacteria,’ said Harry Rose, Which? magazine editor.

‘Which? believes some of these devices are likely to be ineffective at disinfecting your home or could pose safety risks due to unclear instructions or emitting UVC light in an unsafe manner.

‘The benefits of these products are often psychological and you could be better off cleaning surfaces and items the traditional way.’

Which? approached industry bodies and experts about the effectiveness and safety of UV home products for its new investigation.

The Lighting Industry Association (LIA) told Which? it encountered two common problems when testing these products.

It found devices are either failing to emit any or enough UVC to be used as an effective disinfectant, or emitting UVC in an unsafe manner.

Many UVC-emitting devices lacked safety interlocks to stop accidental skin and eye exposure, LIA said, which can cause burns and eye damage. Shown here is the spectrum of visible and non-visible light. The three types of UV radiation are classified according to their wavelength. Within the UVC range is a type called far-UVC (more on this below)

For example, UVC ‘wands’ are widely-available on online marketplaces and often cost as little as £15, but Which? said it has ‘particular concerns about the safety of this type of product’.

Most wands don’t have an enclosed light to prevent users looking at it and potentially damaging their eyes, and some have minimal or poorly-written instructions.

LIA says some products do produce enough UVC to effectively kill germs, but warned the stated disinfection times on products are often not long enough to be effective.

They also claim there is ‘no definitive third-party data’ on the exposure time necessary to kill Covid-19.

A recent government survey by the Office for Product Safety and Standards found 5 per cent of people had recently bought a UV sanitising device.

These freestanding lamps are meant to be left in a room for a set period of time to emit light and disinfect the room.

But experts say there’s no certainty that everything in a room will be disinfected.

Professor Clive Beggs from Leeds Beckett University said UVC lamps are not guaranteed to disinfect rooms from viruses or bacteria as UV light cannot get to every corner or around furniture.

Lamps found on online marketplaces had some reviews where users reported accidentally walking into the room while the lamp was still on.

Which? verdict: ‘Not necessary and not to be trifled with. You’re better off opening a window to air a room and cleaning surfaces the traditional way.’

UVC wands claim to sanitise items, but Which? has concerns about both the effectiveness and safety of this type of product.

Most wands don’t have an enclosed light to prevent users looking at them and potentially damaging their eyes.

There is also no way of knowing if all traces of virus have been removed during the time suggested that you wave the wand over the item, and some may lack the power to have any effect.

Which? verdict: ‘Avoid. They could be potentially dangerous if you’re not careful while using them, and may well not be effective.’

UVC phone sterilising boxes are one of the more mainstream UVC products, according to Which?.

Users are just meant to put their phone in the box, close the lid and power it up.

However, there are quicker and simpler ways to sanitise your phone, such as with disinfectant wipes.

There’s also uncertainty over whether the long-term use of UVC light can degrade materials such as plastic.

Apple told Which? the best way to clean its phones is with an alcohol wipe.

Samsung sells its own UVC steriliser device, but urged caution around buying devices from online marketplaces and warned that any Samsung phones damaged by a third-party UVC device would not be covered under warranty.

Which? verdict: ‘Potentially more viable than other UVC applications, but risky if it damages your phone.’

Travel bags and sterilisation boxes can be used for disinfecting larger items such as baby bottles, wallets and keys in the same way as UVC phone boxes.

But like other options, effectiveness depends on multiple factors, including what the item is.

Sterilising baby bottles in a UV box after they’ve been washed could be an alternative to a microwave or steam sterilisers.

But like phone sterilising boxes, the long-term effect of UVC on plastic is unclear.

Which? verdict: ‘Potentially useful, but hard to determine quality. May impact some materials over time, and alternatives such as washing with detergent, wiping down with alcohol and good hand hygiene are also effective.’

There’s also a fridge with a UV disinfection drawer.

But while contained UVC devices probably pose less of a risk to consumers, these extra measures are likely to be unnecessary, Which? claims.

Which? verdict: ‘The main benefit is likely to be psychological – drying clothes and storing food in the fridge aren’t high-risk activities.’

Vacuums UVC bed or mattress vacuums are finding a new market in those worried about viruses lurking in the bedroom.

The UV light on the vacuum head is claimed to destroy the germs, and suck up dust and dirt.

However, organisms found in the weave of fabrics or folds of bed sheets will be hidden from UV rays so could be missed or unaffected.

While UVC has is well known to be a health hazard, recent research shows a particular type of UVC – far-UVC – is safe on human skin.

What is the difference between UVC and far-UVC light?

Ultraviolet C (UVC) is a subtype of ultraviolet light, separated from UVA and UVB based on its wavelength.

It is short-wave, germicidal, meaning it inhibits microorganisms, and is completely absorbed by the ozone layer and atmosphere.

Conventional UVC light sources are both carcinogenic and cataractogenic, however.

Far UVC is simply a short wavelength part of the ultraviolet spectrum.

This is due to what seems to be something of a paradox – the shorter the wavelength, the more harmful the UV radiation, but shorter wavelength UV radiation is less able to penetrate the skin.

Therefore, far-UVC, which has a wavelength between 207 to 222 nanometers (within the UVC range), efficiently inactivates bacteria without harm to exposed human skin.

‘A direct approach to prevent airborne transmission is inactivation of airborne pathogens, and the airborne antimicrobial potential of UVC ultraviolet light has long been established,’ the authors say.

‘However, its widespread use in public settings is limited because conventional UVC light sources are both carcinogenic and cataractogenic.

‘By contrast, we have previously shown that far-UVC light (207–222 nm) efficiently inactivates bacteria without harm to exposed mammalian skin.’

One of the study’s authors, Professor David J. Brenner, Director of the Center for Radiological Research at Columbia University, has previously given a TED talk on the potential of far-UVC.

However, a potential problem is that some companies may market their ineffective sham products with the promise that they emit far-UVC light.

But if the wavelength is outside the far-UVC range, this could be potentially very dangerous upon exposure to human skin.

Alternatively, some devices may just emit visible light with a coloured filter to make it look like ultraviolet.

It has long been known that UV light has a sterilizing effect because the radiation damages the genetic material of viruses and their ability to replicate.

Most viruses – such as SARS-CoV-2 – are covered with a thin membrane that is easily broken apart by UV rays.

‘Given the nature of coronaviruses we would expect them to be especially sensitive to disinfection by either hypochlorite (bleach) or UV light.’

Dr Penny Ward, chair of the Education and Standards Committee of the Faculty of Pharmaceutical Medicine at King’s College London said: ‘UV irradiation and high heat are known to kill virus particles on surfaces and coronavirus particles are no exception to this general rule.’

UV radiation is present in sunlight, and scientists say there is a lower risk of catching the coronavirus outdoors than indoors for this reason.

Keith Neal, an emeritus professor in the epidemiology of infectious diseases, University of Nottingham, explained that sunlight damages DNA and RNA in the virus, which would kill it.

‘How quickly in affects COVID-19 I have not seen any work, but viruses left on surfaces outside will dry out and be damaged by UV light in sunlight,’ he told MailOnline.

The World Health Organization warns that you can catch COVID-19, ‘no matter how sunny or hot the weather is’.

A Columbia University study published in Scientific Reports in 2018 showed UV light can kill more than 95 per cent of pathogens like the coronavirus.

Sunlight contains UVB and UVA rays, which are those that give us a tan, but UVC rays do not reach the earth because they are blocked by the ozone atmosphere.

UVC rays are shorter are more energetic wavelengths of light. They are particularly good at destroying genetic material by disrupting nucleic acids and DNA, leaving the pathogen unable to perform vital cellular functions.

Scientists use artificial forms of UVC light, called germicidal UV light, to sterilise hospitals, airplanes, offices, and factories – and demand has soared during the pandemic.

There hasn’t been any evidence of its sterilising effects on SARS-CoV-2, the new coronavirus that causes Covid-19. But at least studies have shown that it can be used against the closely related SARS coronavirus.

How to Schedule a Sabbatical Without Killing Your Career 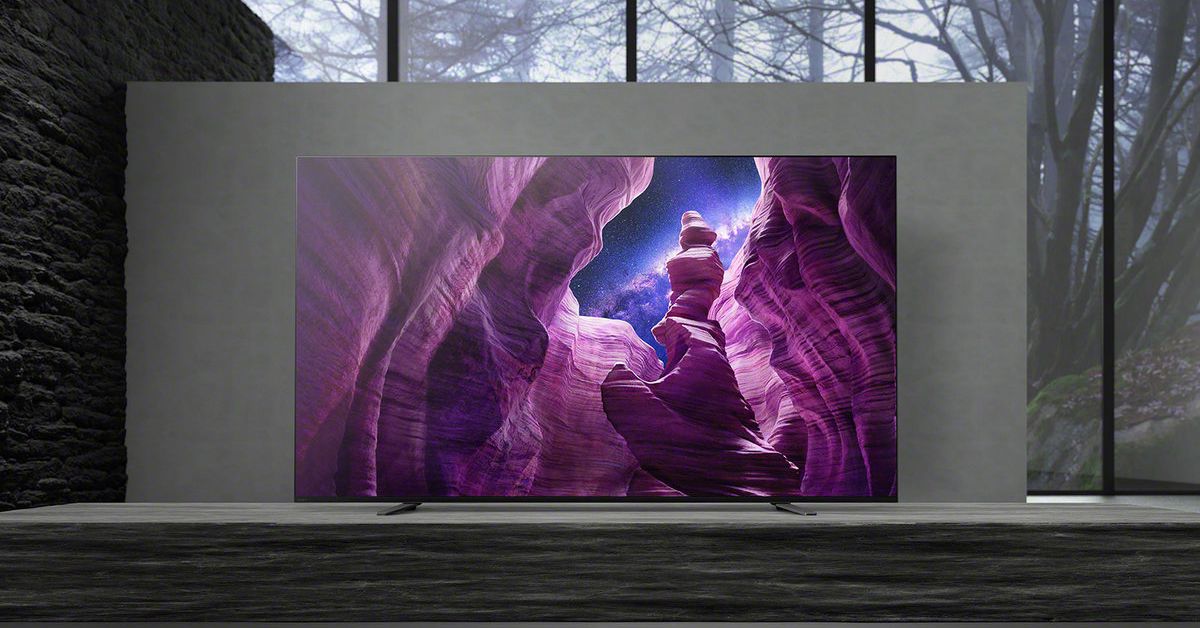